The founding of Raffles Institution (originally known as Singapore Institution) was fraught with difficulties and delays from the very beginning. It all started with this document – a 110-page record of a meeting held on 1 April 1823, in which Stamford Raffles laid down his plans to establish a school for Asians. First published in 1819 as On the Advantage of Affording the Means of Education to the Inhabitants of the Further East,1 the document reveals Raffles’ vision of Singapore as a hub not only in trade but also in learning. This was forward thinking at a time when even basic education was still not formally implemented in England.2 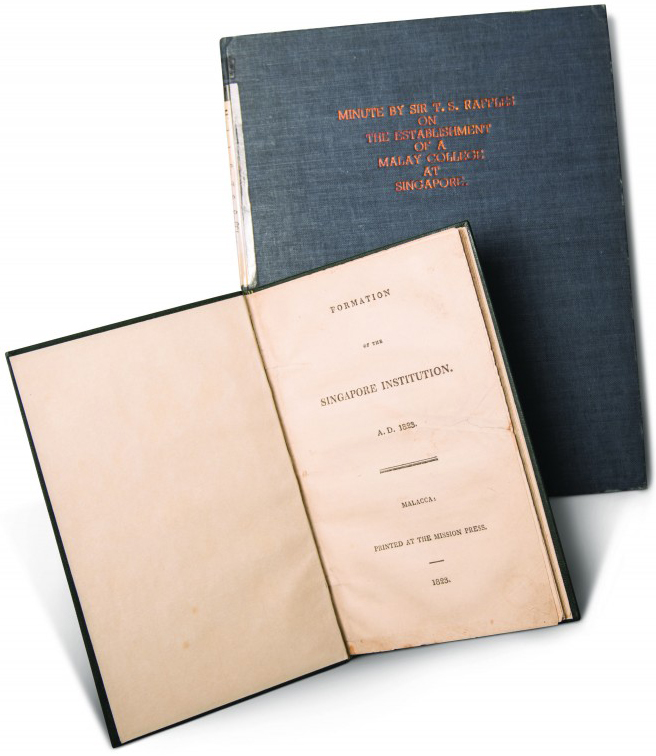 With the exception of Quranic instruction3 and a few Chinese schools in Penang and Malacca, formal education was sorely lacking in Singapore and the Malay Peninsula.4 In this document, purchased by the National Library in 2006, Raffles puts forth his rationale for starting an institution of learning dedicated to the education of the Malay elites as well as employees of the British East India Company.5

The story of how the school came to be can be found on pages 34 to 42, which document the history of the Anglo-Chinese College in Malacca and includes the deed by its founder, the missionary Robert Morrison, outlining plans to relocate the college to Singapore and incorporate it with the proposed Singapore Institution.6 Raffles, however, proposed the idea of Anglo-Chinese College as two separate colleges within the Singapore Institution: one for Chinese and another for Malay, Thai and other local cultures. A third scientific college would also be set up. 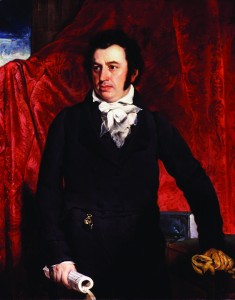 Robert Morrison, the missionary who started the Anglo-Chinese College in Malacca, was one of the founding fathers of the Singapore Institution. Painting by John Richard Wildman. Courtesy of Wikimedia Commons.

The rest of the document concerns details on how the proposed institution would function, including regulations governing student admissions; the administration of the library, museum and printing press; as well as staffing and appointment of patrons and trustees. The last three pages (108–110) list the names of subscribers and donors, and the amounts pledged to start the school. The total sum donated amounted to 17,495 Spanish dollars, including pledges of 1,000 Spanish dollars each by Sultan Hussein Shah and Temenggong Abdul Rahman.

The Singapore Institution almost did not become a reality. Although Raffles had long planned for an educational institution, having published his proposal and discussed it with the Governor-General of India, Lord Hastings, in 1819,7 he did not act on his plan until 1 April 1823, the day of the meeting. 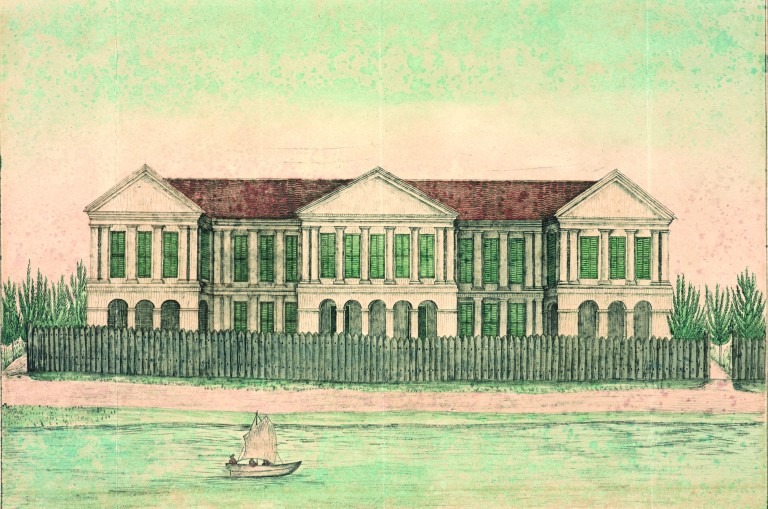 An 1841 watercolour painting of the since demolished Singapore Institution along the seafront at Bras Basah Road by J. A. Marsh. © The British Library Board, WD 2969.

William Farquhar, the first British Resident of Singapore, supported Raffles’ plan. He donated 1,000 Spanish dollars towards the project,8 and was originally slated to run the school. Ironically, Raffles replaced Farquhar with John Crawfurd as the second Resident on 9 June 1823 who opposed using East India Company funds for the school and withheld the 4,000 Spanish dollars that Raffles had committed to it.9 Instead, Crawfurd proposed setting up elementary schools.10 The death of Raffles three years later in 1826 ended the proposed partnership with the Anglo-Chinese College.11

The school received a new lease of life when Raffles’ death prompted the establishment of a memorial fund in his honour. John Henry Moor, headmaster of the schools run by the London Missionary Society and publisher of The Malacca Observer, was hired to set up the school until his dismissal from the society for criticising the government in his newspaper.12

Raffles’ views on education, gambling, slavery and other such issues of his time mirrored the views of what is today seen as the progressive reformers of early 19th-century British society. Such views were in contrast to more conservative sectors of British society who were not in favour of promoting education beyond the elite.

Today, the school that has been renamed Raffles Institution has churned out some of the nation’s brightest minds, and ironically viewed by some, fairly or unfairly, as an institution for the elite.