What does it take to achieve the Singapore Dream? Parag Khanna identifies three important pillars – diplomacy, demography and technology. 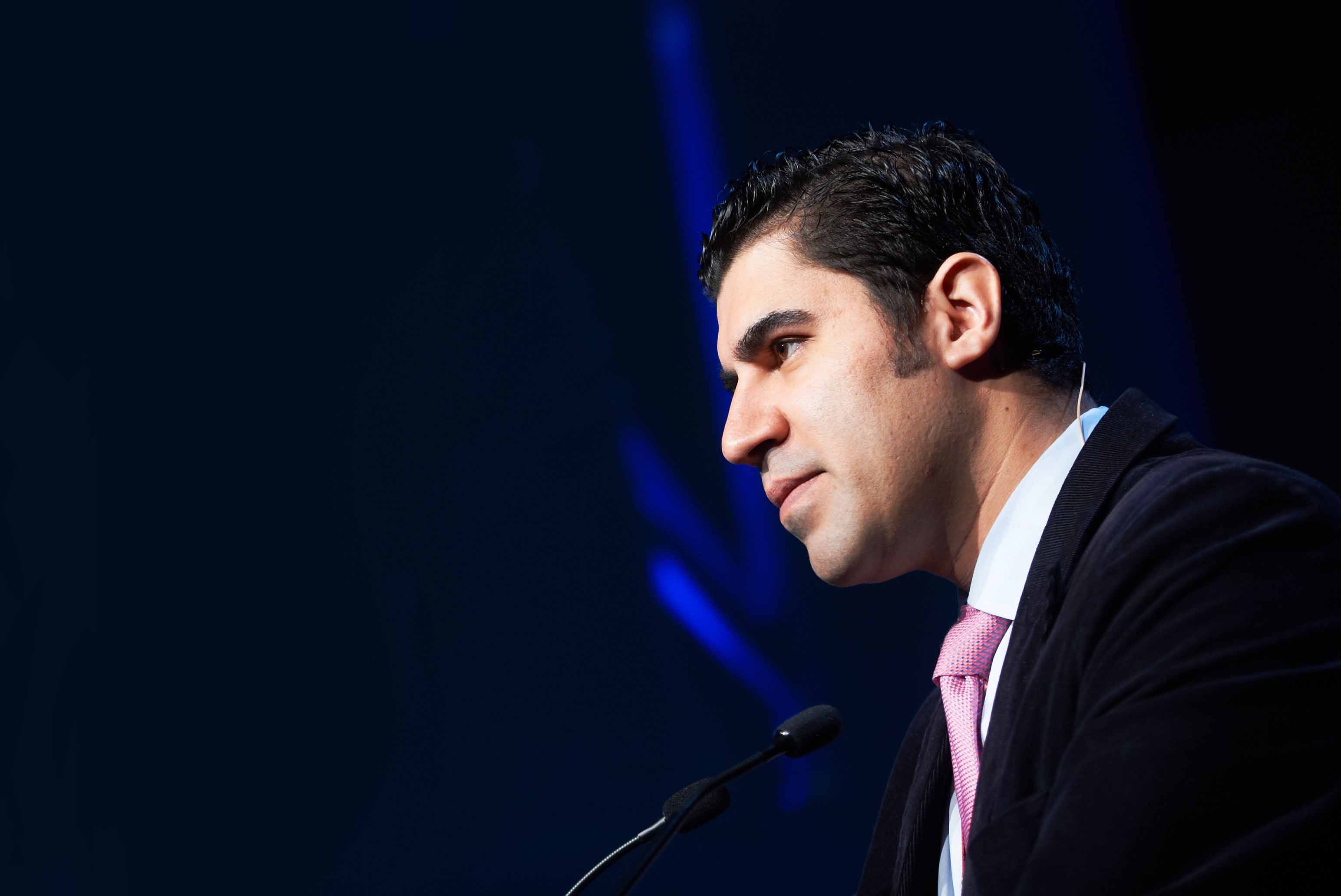 For generations, people around the world aspired to emulate the “American Dream”. This fundamental ethos connotes freedom, equal opportunity and upward mobility. As the post-Cold War world became a geopolitical marketplace, however, others have begun to articulate their own visions for the future.

Soon after the launch of the euro currency, Jeremy Rifkin captured the old world’s ambitions for collective resurrection in his book The European Dream. In 2013, China’s new President Xi Jinping made global head-lines by using the phrase “Chinese Dream” in his speech to the National People’s Congress. It was an attempt to capture the national drive for sustainable prosperity and national greatness.

But large empires are not the only players entitled to dream. In an age characterised by superpowers and city-states alike, Singapore would benefit greatly from a shared vision for its residents and its role in the world. On the back of the 2012–13 National Conversation sessions, what vision will they offer for Singapore’s next decades? How will the insights gained translate into policy? Who will be its ambassadors?

The idea for a China Dream was first developed by the Shanghai-based non-governmental organisation Joint US-China Collaboration on Clean Energy (JUCCCE). This dynamic start-up managed a co-creation process called Dream-in-a-Box involving both officials and citizens. Indeed, even before Xi’s speech, the term had spread in China and inspired artists and social entrepreneurs. Beginning with a neutral facilitator, it remains a democratic flowering of ideas and projects.

China’s success is not guaranteed, of course. A great many challenges lie ahead as it pursues its global agenda. But that is the point. The dream is something worth striving for. This is a good template for Singapore to follow.

At a time when rapid population growth, democratic politics and a slowing economy are fuelling tension, a “Singapore Dream” represents the kind of consensus that will serve as the political, economic and social glue for the future. Prime Minister Lee Hsien Loong has conceded that Singapore is becoming a “normal” country; a new consensus will help maintain the country’s extraordinary trajectory.

Some of the buzzwords that can bring Singapore to the next level are already widely debated. These include productivity, sustainability, innovation, liveability, diversification and creativity. In terms of infrastructure, a new port is under construction, and a high-speed rail will connect Singapore with Kuala Lumpur in time to come. The MRT network is also expanding, fibre-optic coverage is nearly complete, and Jurong Island is being upgraded. There are also new commercial hubs under development from Jurong to Seletar.

On the softer side, health-care coverage is expanding, while new universities and training institutes have been launched. The housing market is also being refocused on access for the majority, and a reformulated social contract is being devised to bridge inequalities.

All of this is laudable and necessary, yet bold decisions still have to be made: What strategic sectors can generate large-scale employment in the next economic master plan? Should there be a minimum wage? What is the most appropriate immigration policy? Which additional protections and services are immediately necessary for the retired and elderly? What should be the obligations of Singapore’s many wealthy foreign residents?

Answering these highly political yet socially fundamental questions is essential to achieving the Singapore Dream.

To my mind, there are at least three fundamental pillars that should be pursued.

The first pillar is diplomatic. Singapore must be seen as the capital of Asia. Switzerland, Singapore’s counterpart in Europe, has deftly used neutrality to thrive as a functioning democracy for more than 700 years.

There is no doubt that Singapore is Asean’s beacon, but for 30 years it has also been China’s. The coming decades will be different. Singapore no longer holds iconic status in China’s eyes. China has already studied Singapore thoroughly and now has many friends, investors and mentors. This puts a premium on the diplomacy of multi-alignment in which Singapore must continue to attract and build strong relationships in all directions more cleverly than far larger nations.

Singapore will have ample opportunities to prove itself. These include spearheading commercial strategies across the region, helping to resolve the South China Sea dispute and hosting a potential Asian central bank to coordinate currencies. Nobody will bestow the title “Capital of Asia” on Singapore; it must seize it.

The second pillar is demographic. Being the diplomatic heart for half the world’s population is possible only if Singapore embraces the responsibilities of being a global city as well.

New York and London are multinational melting pots in addition to being global financial centres. Singapore, in fact, has an even higher percentage of foreign-born residents, ranking only behind cities like Dubai and Toronto. Dubai is already a place with far more international residents than domestic citizens, that is, people who have voluntarily moved there and planted roots.

Singapore is undeniably Asia’s premier destination for a high quality of life. It also seems certain that it will reach a population of about eight million people in a generation, at least half of whom will be non-Singaporean. Rather than struggle against this trend, Singapore should embrace it and build for it.

Indeed, this means it could pioneer a model of stakeholdership beyond citizenship that confers obligations on all residents irrespective of their national origin. Then Singapore would truly be a leading global city, a microcosm of global society with a sense of unity despite diversity.

The third pillar involves Singapore becoming the world’s most generative city. This means leveraging on technology to promote innovation, sustainability and inclusiveness. The sensor networks being deployed in Singapore will eventually constitute an “Internet of Things” that manages traffic and buildings to reduce energy use and emissions, potentially even allowing for an island-wide driverless car network.

But there is also the “Internet of People” emerging, by which we can geo-locate potential professional partners and tap the expertise of others far more efficiently. Enabling widespread people-centric networks will become even more critical as rates of telecommuting increase in the coming years. Broadband connectivity is becoming universal and Singapore’s towns are becoming larger and more robust full-service, mixed-use communities. In a generative city, citizen-citizen and citizen-government relations are mediated equally by data and democracy.

Singapore is widely praised for being a “living lab”. It is using itself as the site for grand experiments still unfolding at the intersection of technology and governance. It is an open economy in a hyper-competitive market and has a delicate balance between domestic and foreign stakeholders. Let us not forget, however, that as evidence is gathered, experiments yield results and conclusions.

Singapore became what it is today through big and risky initiatives but, equally importantly, through bold decisions. Decisiveness is the difference between policy and mere politics, between professionalism and populism. Singapore cannot sacrifice the former for the latter. America has done this, and the result has been an erosion of the American Dream.

The National Conversation in 2012 was a productive start. But it has brought Singapore only to the midpoint. Between then and Singapore’s 50th birthday in August 2015, everyone associated with Singapore should deliberate and develop their own Singapore Dream.

This article was first published in The Straits Times on 7 August 2013. © Parag Khanna. Reprinted with permission.

Parag Khanna is director of Hybrid Reality, a senior fellow of the Singapore Institute of International Affairs and an adjunct professor at the Lee Kuan Yew School of Public Policy. He is the author of The Second World (2008) and How To Run The World (2011), and co-author of Hybrid Reality (2012).