A Chinese Classic in Baba Malay 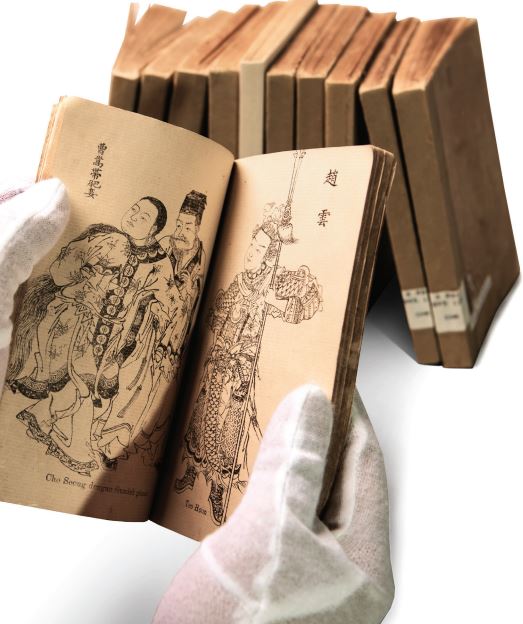 Written in the 14th century and set during the last days of China’s Han dynasty and the tumultuous Three Kingdoms period (circa AD 220–280), the Romance of the Three Kingdoms is a well-known Chinese classic of epic proportions and a cast of thousands. In the late 1800s, a Baba Malay version of this classic was published in Singapore – making this popular tale more accessible to the Peranakan (Straits-born Chinese) community.1 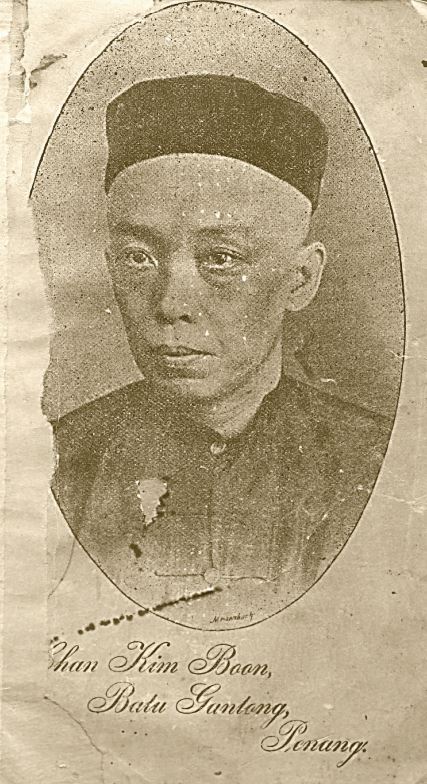 Published between 1892 and 1896 by Kim Sek Chye Press, the entire series totalled some 4,622 pages, and a single volume was sold at a $1 each.4 Sam Kok is most likely the earliest complete Malay translation of Romance of the Three Kingdoms, ahead of Indonesian versions from Java published in 1910.5 The series was typical of Baba Malay materials in Malaya at the time, where epic stories were serialised into multi-volume publications. This facilitated a subscription-based model that spurred the growth of the fledgling Baba publishing industry in Singapore.6

The majority of the translated Baba Malay literary works were heavily illustrated to complement the storyline and heighten the visual appeal of the publications. These drawings, rendered in the style of traditional Chinese woodcuts, usually featured main characters and events in the stories.7

Interestingly, Chan encouraged communication between himself and the readers and even among readers themselves by publishing letters in English, Chinese and Malay containing comments on previous volumes of the book. He also shared his trials and tribulations in producing the books as well as his financial woes, photographs of himself and his assistants and other private information.8

Such translations of Chinese historical novels into Baba Malay first took place in the 1880s in Batavia (now Jakarta). They were well-received by the Peranakan community there and soon made their way to Singapore.9 The earliest translations in Singapore were undertaken by businessman Tan Beng Teck, who left for Japan and discontinued his translation works. Chan then took over, and even revised Tan’s earlier works.10

Chan became a dominant influence in the small Baba Malay publishing industry, gaining prominence for his translation of three popular Chinese classics: apart from Sam Kok, he also translated two other Chinese classics, Song Kang (Water Margin) and Kou Chey Tian (Journey to the West).11 After his death in 1920, the translation of Chinese stories into Baba Malay declined,12 due in part to the Peranakan community’s increasing preference for English-language books.13

The son of a Penang trader, Chan was educated in English at the Penang Free School, and received private tuition in Chinese. He arrived in Singapore in March 1872, and built a career as an administrator at Aitken & Rodyk. The book-keeper and cashier, however, became better known for his translations of Chinese classics into Baba Malay, which he diligently worked on after office hours.14

It was Chan’s publication of Sam Kok that brought him fame, primarily because it was a massive work that was serialised over 30 volumes. The series also included Chan’s footnotes, which provided details of Chinese culture as well as notes on romanised Malay terms and names, to which Chinese text was added for clarification. Jokes and even a portrait of the author were included in the series.15 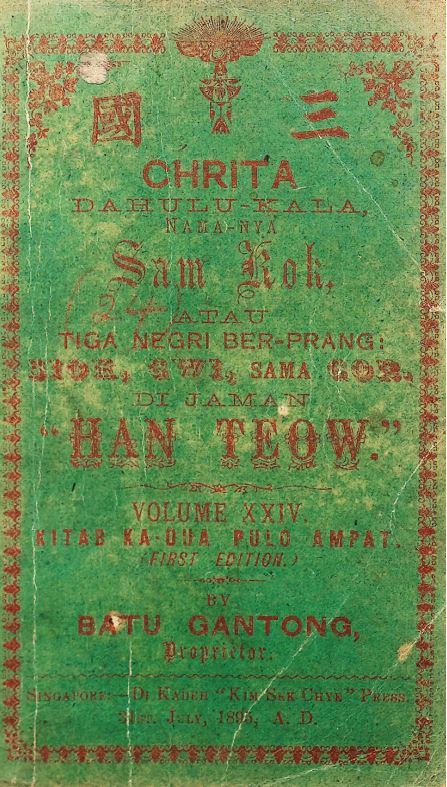 The original green cover of Volume 24 (of 30 volumes) in the Sam Kok series. Image source: National Library Board, Singapore.

Chan was known by the pen-name Batu Gantong (literally “Hanging Rock”), which is the name of a cemetery in Penang. Some people believed that this was an allusion to his preference for his final resting place. Chan’s home at 75 Lebuh Muntri in Georgetown, Penang, has today become a tourist destination because of the fame that Chan had gained through his Baba Malay translations.16