A view of South Bridge Road. In the background is Jamae Mosque with its twin minarets and further along the same street is the Sri Mariamman Temple. All rights reserved, Lambert, G. R. (1890). Fotoalbum Singapur. Singapore: G. R. Lambert.

Photography in Singapore has a long history dating back to 1843.1 The earliest photographs, or daguerrotypes, captured images on metal plates. Then, in 1851, the glass plate collodion process was introduced, which allowed photographs to be easily reproduced on albumen paper.2 This new technology was a breakthrough as it allowed photography to take off commercially.

Several photographers came into the picture to cater to this new market, such as John Thomson (1860s) and Sachtler & Co (1863–74).3 But one name dominated the Singapore photography scene: G. R. Lambert & Co. How Gustave Richard Lambert came to Singapore and whether he was related to the Lambert Brothers who made carriages, furniture and tombstones is unknown. The first reference to the German photographer is an announcement about his business venture on page 2 of the 11 April 1867 edition of The Singapore Daily Times.4

The company became hugely successful after his business partner Alexander Koch took over in 1885. The studio became the official photographer for events organised by the colonial government and the meetings of Malay sultans.5 In 1897, it added picture postcards to its catalogue when the postal service introduced this new means of communications.6 A 1908 book, Twentieth Century Impressions of British Malaya, hailed G. R. Lambert & Co. as “the leading photographic artists of Singapore” with “a high reputation for artistic portraiture, and of landscapes… one of the finest collections in the East”. The studio sold “about a quarter of a million [post] cards a year”,7 and images in large format for use in photo albums. 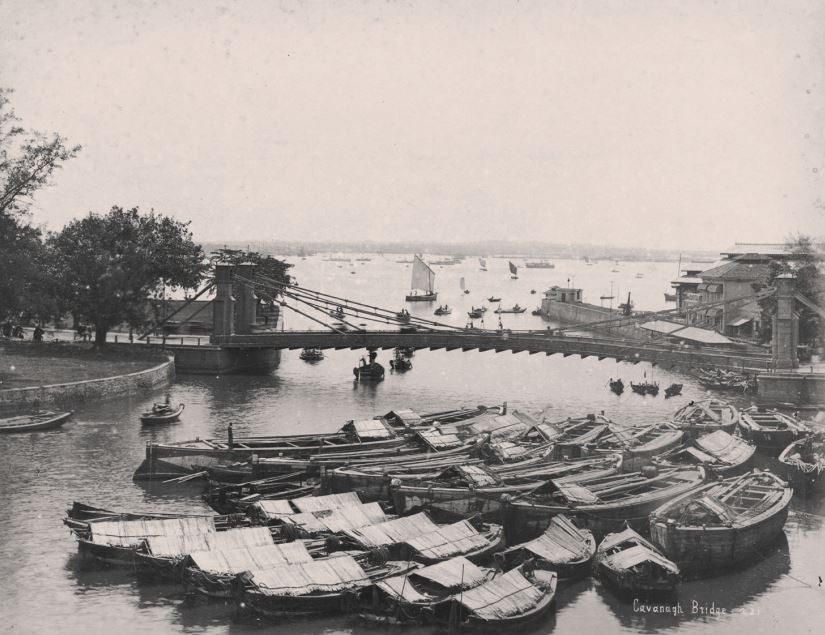 Unfortunately, few such albums exist today. This artefact, an album dedicated to a Mr Vellenzer, is one rare survival. Most of its 65 photos, which date from the 1890s, came from the 1899 G. R. Lambert & Co. catalogue.8 However, the photos may not have been mounted by G. R. Lambert & Co., as they do not bear the studio’s embossed stamp. The inside front cover has a German inscription that, roughly translated, means: “[To] Our dear friend Vellenzer, for friendly remembrance. Singapore, dated 3 May 1901”. Below it are eight signatures. 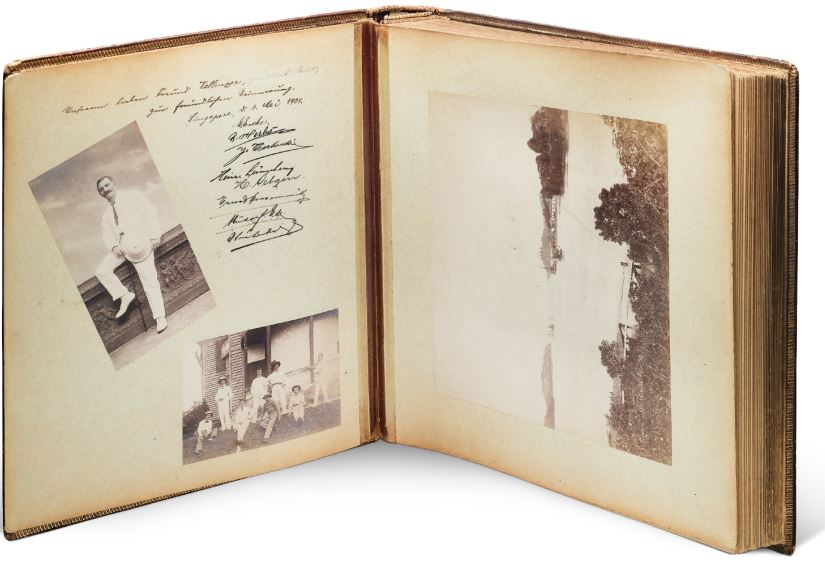 This photo album was dedicated to a Mr Vellenzer. The album’s front and back covers depict shots of a group of Europeans, possibly Vellenzer’s friends, who may have presented him with the album. Image source: National Library Board, Singapore.

The album’s photos literally capture a snapshot of old Singapore, from bustling ports docked with lighter boats and ships from all over the world to busy streets plied by horse-drawn carriages and rickshaws. More than a third of the photos are of Singapore’s Asian inhabitants. The G. R. Lambert & Co. catalogue lists them as “natives” or “types”: Klings, Malay, Chinese, Hindoos and so on. They could have been included to give a flavour of Singapore life, or because photos of “natives” – at 25 cents each – were half the price of landscape photos.9 Three hotels are featured in the album: Hotel de la Paix, Adelphi Hotel and Raffles Hotel, in addition to the Teutonic Club – a social and recreational club for the German community in Singapore – for obvious reasons.

Who was the mysterious Vellenzer? The album’s front and back covers depict shots of a group of Europeans, possibly Vellenzer’s friends, who may have been the ones who presented him with the album. From the inscription, it appears that Vellenzer left Singapore in 1901. Between 1897 and 1901, The Straits Times published “The Annual Hegira”, a list of Europeans leaving Singapore each spring.10 The 1901 roll-call includes a T. Vellenzer, who sailed on the Prinzess Irene on 6 May.11 However, T. Vellenzer is not mentioned in the Straits Directory or in the newspapers before 1901. More likely, the album belonged to a J. Vellenzer, who was mentioned in the directories between 1897 and 1901. J. Vellenzer worked for Brinkmann & Co,12 a trading company with offices in Britain and Germany. Outside of work, Vellenzer was likely active in the Singapore Cricket Club as from 1899 to 1901, his name was listed regularly in the club’s tennis tournaments. 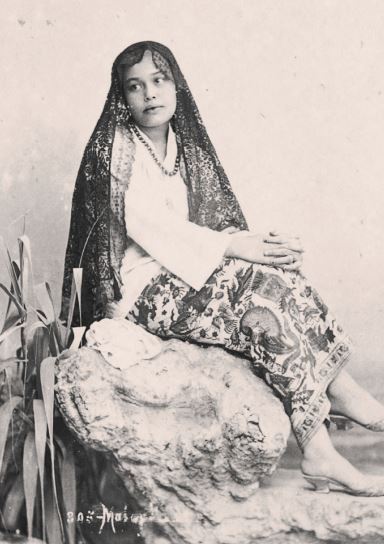 G. R. Lambert & Co. faced tough times as advances in photographic technology allowed amateurs and other companies to elbow into the market. The studio lost its manager, Koch, in 1905 or 1906, and did not recover. G. R. Lambert & Co. eventually folded in 1918.13