The Pulse of Malayan Literature 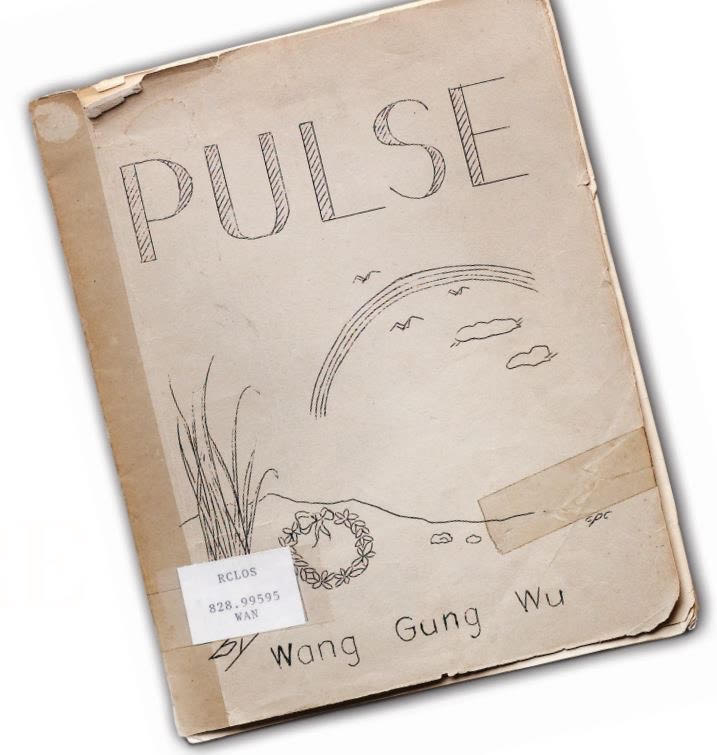 Pulse is notable for being the first published collection of English verse by a local poet and is said to have heralded the start of a Singaporean/Malayan style of poetry. Image source: National Library Board, Singapore.

In the early 1950s, two young Malayan undergraduates, Wang Gungwu and Beda Lim, bonded over their shared love for English poetry. They spent hours poring over the classic literary works of Shakespeare, W. H. Auden and T. S. Eliot, and in the process were inspired to create their own unique brand of literature.1

Just 19 years old at the time, Wang was inspired to create literary works that were distinctly Malayan in character. Pulse,the first known collection of English poems by a Malayan, was the culmination of his early literary efforts. Lim helped Wang publish his maiden poetry collection,2 and the year of its publication, 1950, has been hailed by prominent Singaporean writers like Edwin Thumboo as the defining moment Singaporean/Malayan poetry took root.3

Reflecting its origins as an amateur varsity production, Pulse – a modest 16-page booklet – is stapled together with a cover that is adorned with a hand-drawn illustration of the first poem, “To Tigerland”. The cover design depicts a floral wreath lying on the ground beside sheaves of lallang and is framed by clouds, birds and a rainbow. It contains 12 poems on various topics written in a variety of styles and forms, ranging from free verse to rhymed metrical stanzas.4 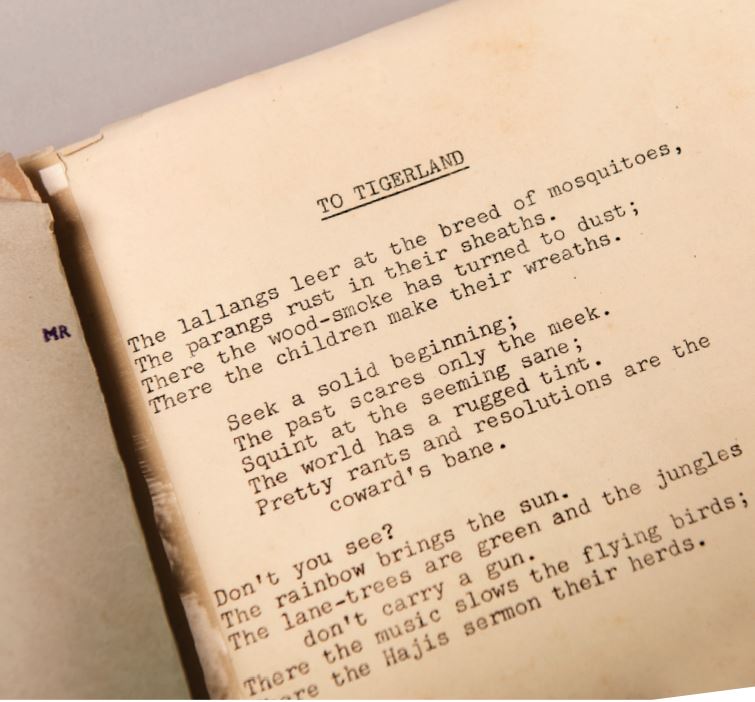 “To Tigerland” by Wang Gungwu, the first poem in Pulse. Image source: National Library Board, Singapore.

From a literary perspective, Pulse is the earliest attempt by a writer to avoid the imitation of English verse, and to create a new and authentic literary voice. The sense of place in Wang’s poems is distinctly Malayan for the most part, for example in the poem “Three Faces of Night” he writes:

The crowds wait their share of the steaming fun
At the kuey-teow stalls of the kerosene glare;…5

In “Pulse”, the imagery and aesthetics draw references from English, Malay, Chinese and Malayan culture:

Wang also uses a mix of English and Malay in his poems. This is seen in the poem “Ahmad”:

Wang was born in Surabaya, Indonesia, in 1930, but grew up in Ipoh, Malaysia. He enrolled in the University of Malaya in Singapore in 1949, where he studied English literature, history and economics.8 Being proficient in Malay, Chinese and English, Wang was able to reflect the plurality of Malayan society in his works. Inspired by the sweeping political changes and nationalistic fervour of his era, Wang and other fledgling writers of the time wanted to create a form of poetry that was unique to the region. The outcome was the unique hybrid form dubbed as “Engmalchin” (English, Malay, Chinese), which attempted to infuse local elements into English poems.9 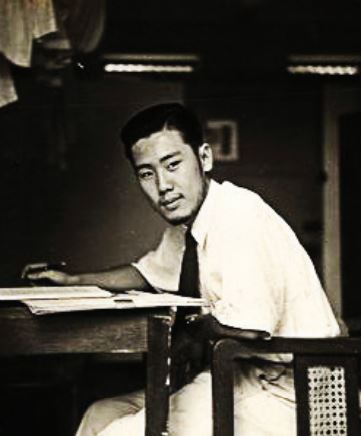 Professor Wang Gungwu (pictured here in 1950) is the author of Pulse and a much lauded scholar today. He is chairman of three notable think tanks: the East Asian Institute, the Lee Kuan Yew School of Public Policy and the Institute of Southeast Asian Studies. Courtesy of Professor Wang Gungwu.

Engmalchin, however, was a failed literary experiment. The 1955 issue of New Cauldron explained: “We have assessed previous undergraduate attempts at the creation of an artificial language by an arbitrary mixture of phrases drawn from the existing languages spoken in Malaya. We regret to say that this language, Engmalchin, as its advocates termed it, is a failure if only because of its self-conscious artificiality and the failure of its ‘sires’ to understand that language can never be created by edict.”10

Despite the failure of Engmalchin as a literary form, Pulse, nonetheless, serves as the standard reference for the study of Singaporean literature in English11 – literature born of the aspirations of young Anglophone writers raised in an era of decolonisation and rising nationalism.12

Today, Wang Gungwu is better known as a distinguished historian and scholar on the Chinese diaspora; less is known about his literary forays during his varsity days and their significance to the early development of Singaporean literature.13 When Pulse was published, Wang saw his work receive critical acclaim in the Singapore Free Press and The Straits Times.14 He continued writing poetry and penning short stories – some under the pseudonym Awang Kedua – which were published in student journals such as The New Cauldron,The Malayan Undergrad and The Compact: A Selection of University of Malaya Short Stories, 1953–1959.15

Wang stopped writing in the early 1960s16 after graduating with a Doctorate in History at the School of Oriental and African Studies in London. He became a noted historian, assuming roles as University Professor at the National University of Singapore, Chairman of the East Asian Institute and Emeritus Professor at the Australian National University.17 Wang‘s friendship with Beda Lim endured after graduation. Lim was the Chief Librarian at the University of Malaya Library from 1965 to 1980. He died in 1999 at the age of 73.18