Few people are aware that one of the main functions of the National Library is the collection and preservation of rare materials on Singapore’s history. Ong Eng Chuan tells you more. 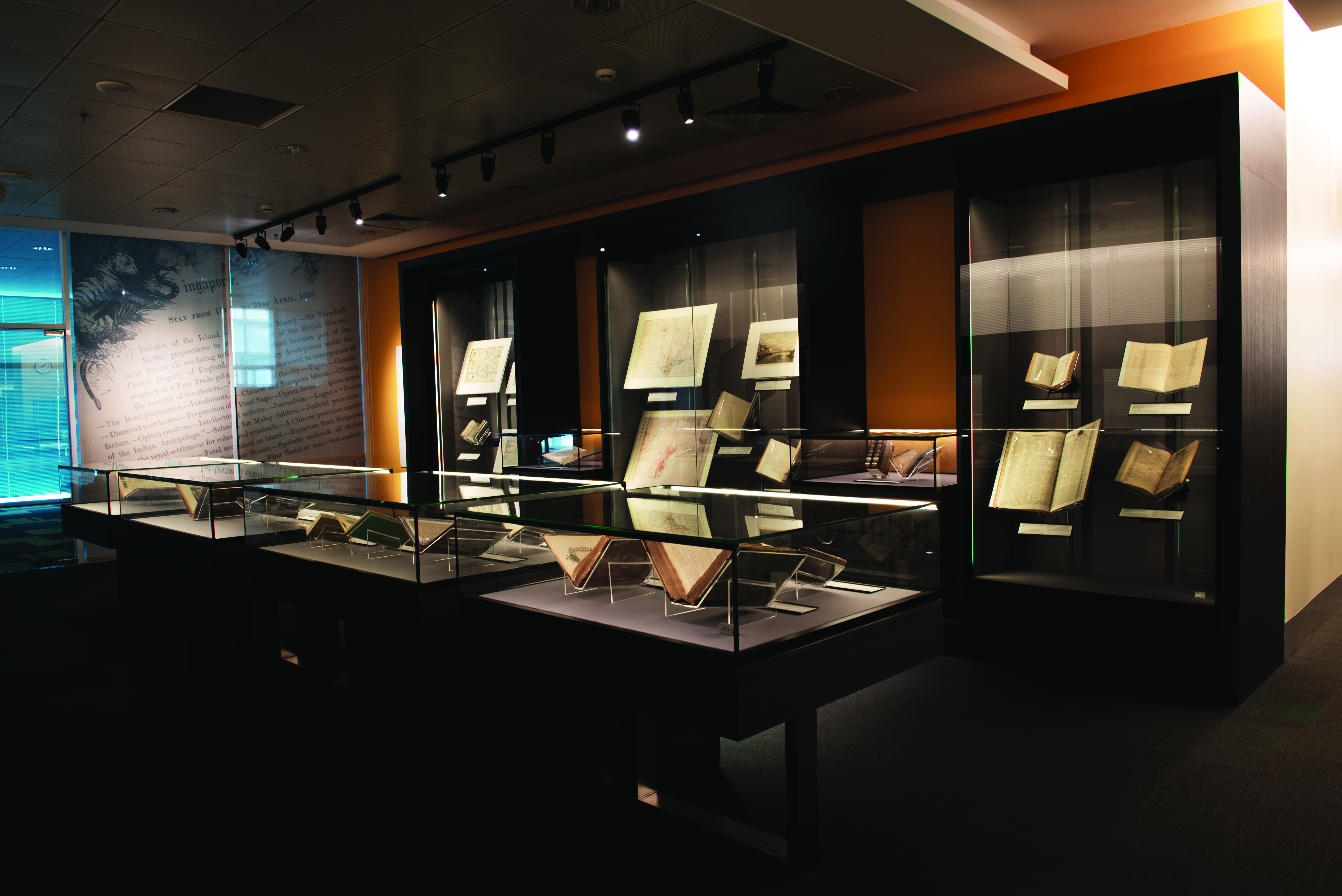 Rare Materials Collection at the National Library, Singapore, is the result of a long and painstaking process of collecting, building and preservation for over a century. Soon after Stamford Raffles founded a British settlement in Singapore in 1819, he proposed the idea of establishing an educational institution and a library. Although the idea was formally cemented in 1823, the building that eventually housed the Singapore Institution (later renamed Raffles Institution) and the colony’s first library would not be completed until 1837.

When Raffles first proposed setting up this institution, he was expressly clear that one of its objectives was “to collect the scattered literature and traditions of the country, with whatever may illustrate their laws and customs”.1 This idea of collecting and preserving the documentary heritage of Singapore marks the beginnings of the National Library’s Rare Materials Collection.

Although Singapore’s first library was primarily a school library, it offered borrowing privileges to residents who paid a monthly subscription. The library was well-received by residents and its popularity led to calls for a public library, which took place in 1844 when a few prominent residents came together to set up the Singapore Library, a subscription-based public library. The library was officially opened on 22 January 1845 and was first housed in the northeast wing of the Singapore Institution.

In September 1862, the Singapore Library was moved to the Town Hall (better known today as the Victoria Theatre and Concert Hall), where it occupied two rooms on the ground floor and continued with its subscription-based services.

The Singapore Library began life with a ready collection of books it had inherited from the Singapore Institution library. New titles were acquired through appointed book agents in England while the library also solicited and received generous donations of books. As a subscription library serving popular tastes, the collection soon amassed a “nucleus of mostly penny-dreadfuls and other pulp fiction”.2 Although many books from the Singapore Library have been lost through wear and tear, a few have survived the passage of time and today form part of the Rare Materials Collection, providing a tangible link to the past.

In 1874, the government decided to establish a museum and to combine with it a public library. Over 3,000 volumes from the Singapore Library were transferred to the newly formed Raffles Library and Museum, which opened to the public on 4 September 1874 and would exist for nearly a century. The new library’s collection grew rapidly, especially in its early years. Unlike the Singapore Library, which catered mainly to the popular reading tastes of the time, the Raffles Library and Museum focused on collecting scholarly works, especially materials on the heritage of Singapore, Malaya and the region. The aim was to build a credible collection of works to support the scientific and research needs of the museum.

Soon after the opening of the Raffles Library and Museum, the serendipitous opportunity to acquire an important collection for the library came in 1878, when W. Logan of Penang offered for sale the philological library of his late father, James Richardson Logan, the well-known editor of The Journal of the Indian Archipelago and Eastern Asia. Anxious to preserve the collection and prevent it from being dispersed, but finding itself short of funds to pay its cost of £520, the Raffles Library and Museum Committee appealed to the government for financial support. The collection, which was eventually bought and received officially in January 1880, came to be known as Logan’s Collection. There are total of 1,250 volumes comprising “nearly all existing works on the languages of Malaya and Melanesia, some of the volumes being of high value”.3

The Reinhold Rost Collection was purchased by the government, which contributed two thirds of the total cost of £200. The 970-volume strong collection was originally part of the private library of the late Dr Reinhold Rost, librarian to the India Office. A major part of the collection are philological works comprising more than 70 different languages and dialects of the East, with the Malayan and Javanese languages being most strongly represented. The collection also consists of scientific works that deal mainly with the geography and ethnology of the Malay Archipelago.

Another important development during this time was the accumulation of materials on Singapore. The Raffles Library and Museum took on the role as repository for government publications, such as gazettes, annual reports and other documents. Its 1875 report noted that the library was fast becoming “the repository of the most valuable official information”.4 The effort in collecting local materials was further boosted in 1886 with the introduction of the Book Registration Ordinance, which required copies of all books published in the Straits Settlements be submitted to the library.

During the Japanese Occupation between 1942 and 1945, the Raffles Library and Museum was renamed Syonan Hakubutsu Kan, and the library as Syonan Tosyokan. Fortunately, the library suffered only minor losses under the Japanese over the next three and a half years. Although some 500 reference books were looted from its collection during this time, the more valuable items were kept safe and out of sight from the Japanese authorities. 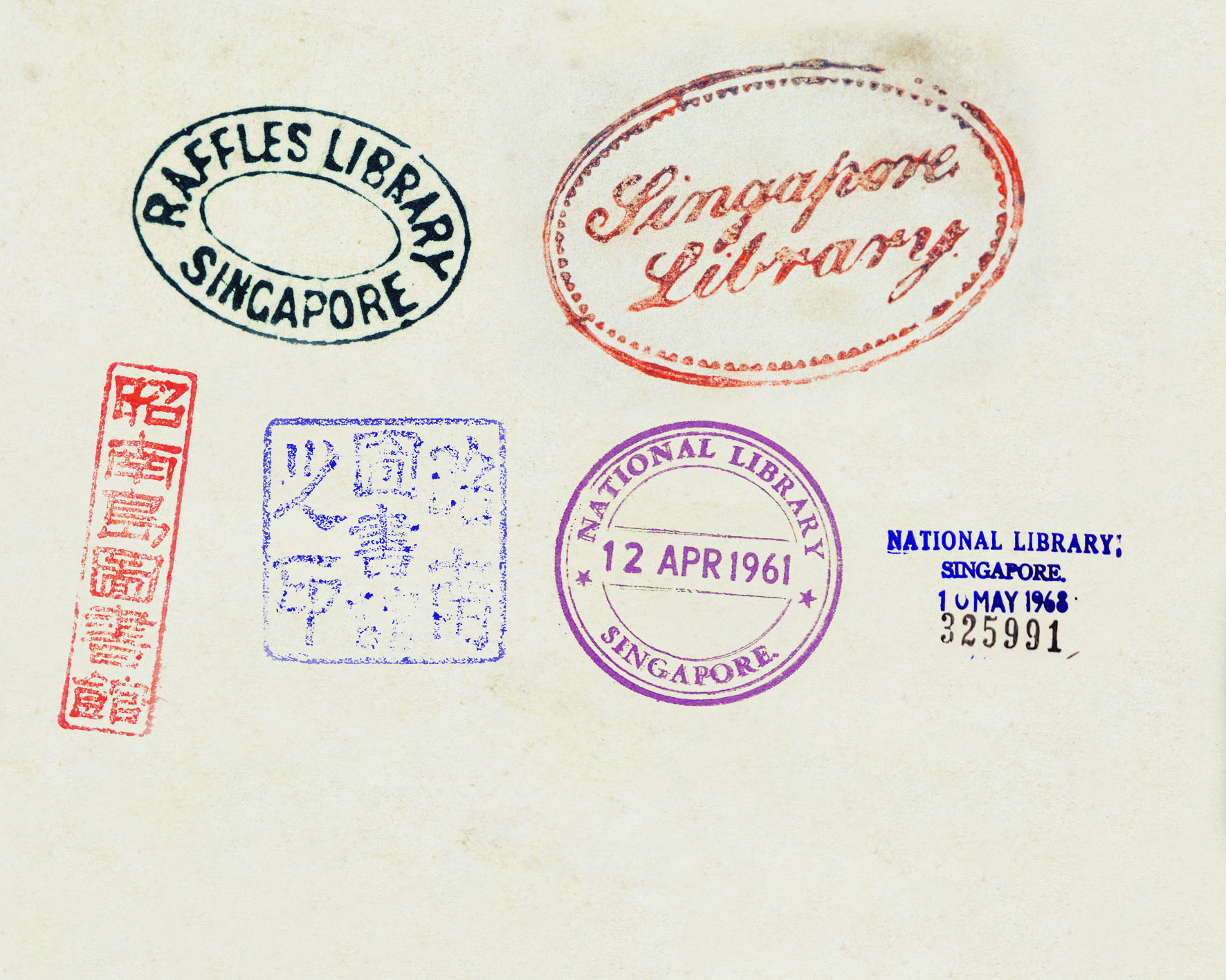 During the 1950s, various recommendations were made to reform the Raffles Library and Museum in order to promote the library’s role as a public education and cultural institution. In 1953, to address calls for a free public library, the government accepted an offer of $375,000 from multi-millionaire and philanthropist Lee Kong Chian to build a free public library, which was to be housed in a new building at Stamford Road. The new National Library building opened on 12 November 1960. Books from the Raffles Library and Museum were transferred to the new library to form part of its collection.

Within a decade of the National Library’s establishment, it received two important donations. The first was a collection of 10,000 volumes of Chinese, English and Japanese books on Southeast Asia, donated by Tan Yeok Seong, a Penang-born merchant and industrialist, and a historian of Southeast Asian history. Tan initiated the idea of having a special section of the library devoted solely to reference materials on Southeast Asia. To set an example, he donated his entire collection of books, called the Ya Yin Kwan Collection (椰阴馆藏书), to the National Library in 1964.

The Ya Yin Kwan Collection covered a myriad of subjects, including archaeology, ceramics, economics, education, geography, history and philosophy, with a particular focus on the Chinese and their influence in Southeast Asia. The collection included a number of rare and early works such as John Crawfurd’s History of the Indian Archipelago (1820), Logan’s Journal of the Indian Archipelago and Eastern Asia (1847–55), and Hua yi tong yu (华夷通语) (1883), an early Chinese-Malay dictionary. Together with the “Q” collection from the former Raffles Museum and Library, the Ya Yin Kwan Collection formed the nucleus of the new Southeast Asia Collection. All this was kept in a dedicated space called the South East Asia Room, or SEA Room for short.

In 1965, the library received its second major donation – the Gibson-Hill Collection, presented by Mrs Loke Yew to fulfil the intention of her late son, Dato Loke Wan Tho, the first chairman of the National Library Board. The Gibson-Hill Collection comprises 1,000 books and journals originally belonging to Carl Alexander Gibson-Hill, the last British director of the Raffles Museum. The collection contains publications on ornithology, ethnology, natural history, customs and travel, with a special focus on Malaya. Dating from the late 16th century to the mid-20th century, with the earliest title being John Huighen van Linschoten: His Discours of Voyages Unto ye Easte & West Indies (1598), the acquisition was regarded as one of the more outstanding collections on Malaya held by a private individual at the time.

The National Library’s Rare Materials Collection today includes a number of rare and significant titles from the Ya Yin Kwan and Gibson-Hill collections.

Over the next few decades, the National Library continued to acquire rare and important Singapore and Southeast Asian materials for its SEA Room. Extensive book lists were compiled and sent to booksellers while library staff scoured second-hand bookshops and antiquarian shops. Of special interest among the acquisitions over the next few years were early Singapore imprints such as a Malay translation of the Christian Sermon on the Mount, published by the Singapore Christian Union in 1829, a second edition of Benjamin Keasberry’s A Vocabulary of the English and Malay Languages published in 1852, and Lessons in Hygiene (普通卫生讲) published in 1907, the first work written in Chinese by Lim Boon Keng, a Straits-born Chinese.

In the early 1990s, the Library 2000 Review Committee was formed and asked to review the library system in Singapore. The committee came up with a master plan to spearhead the development of libraries in the new millennium, and this was published in the Library 2000 report in 1994. Following this, the National Library underwent renovations in 1997.

When the library re-opened six months later on 1 October 1997, the partitioning walls of the SEA Room had come down and the area converted into an open space to provide greater access to library materials. The rare and valuable materials from the former SEA Room were moved into a new space called the Heritage Room. The Heritage Room’s collection would later become the Rare Materials Collection when the red-brick National Library at Stamford Road was demolished and the library relocated to the modern glass-and-steel National Library Building at Victoria Street in 2005.

The National Library Building, which features a secured facility on the 13th floor that has been designed for the long-term storage of fragile archival materials, provides a new impetus for the development of the Rare Materials Collection. 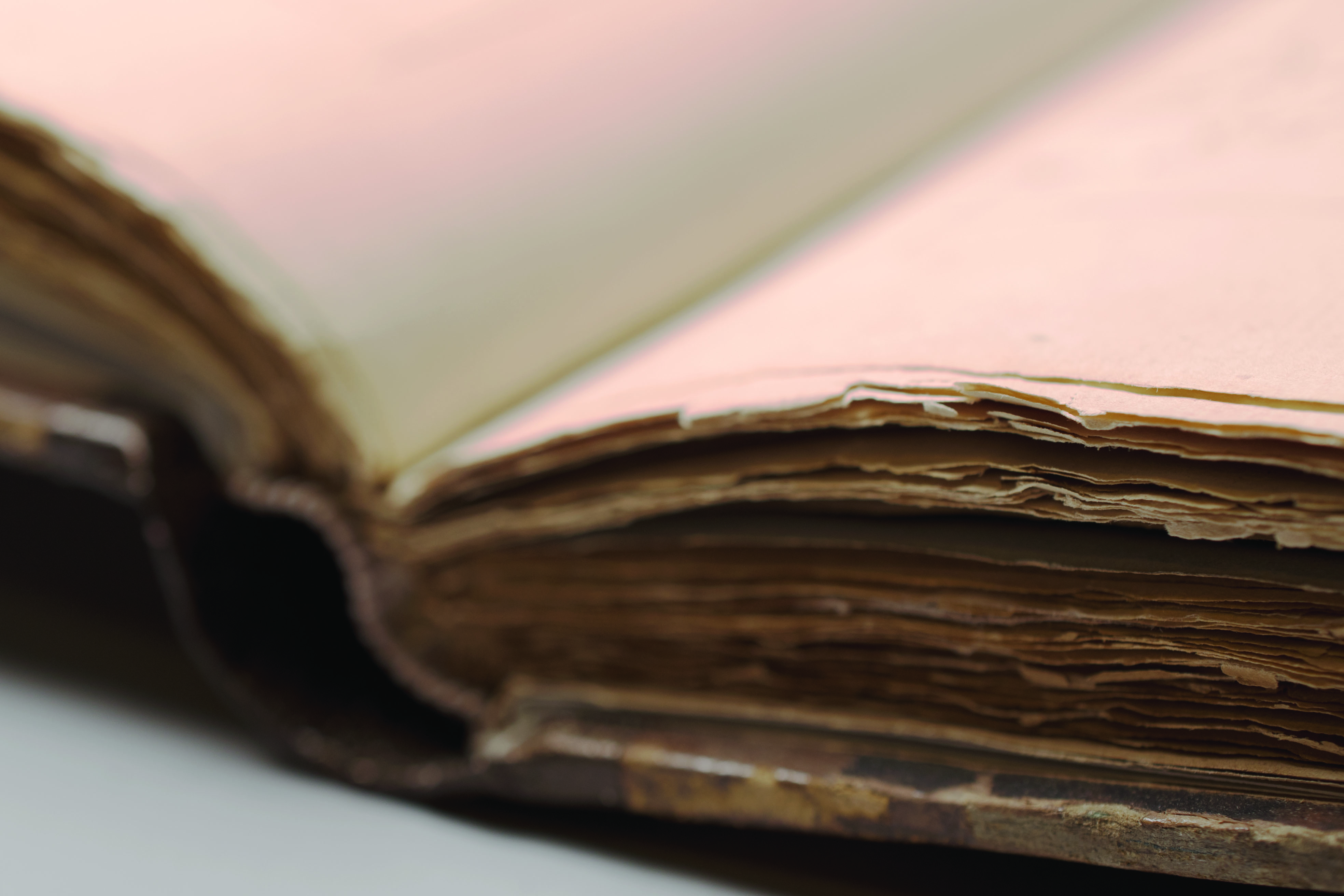 As the Rare Materials Collection is mainly paper based and fragile, it is kept in a special climate controlled room at the National Library Building.

During the last decade, the collection has grown rapidly through many generous donations as well as acquisitions by the library. Notable recent acquisitions include the David Parry Southeast Asian Map Collection in 2012, which contains an early map of Southeast Asia, Vndecima Asiae Tabvla, by Arnoldus Buckinck and printed in 1478. This map easily predates the travelogue, The History of Trauayle in the West and East Indies (1577), which until then had been the oldest item in the Rare Materials Collection.

Besides published materials such as books, journals and maps, the National Library has also been actively collecting primary materials such as handwritten correspondences and other historical documents. One prime example is the collection of legal and social historical documents donated by the eminent architect and collector Koh Seow Chuan, which provides interesting insights on Singapore’s social history. The acquisition of these primary materials has added a new dimension to the Rare Materials Collection and immeasurably enhanced its value as a research resource on Singapore and Southeast Asian history.

The Rare Materials Collection today comprises over 18,000 volumes, mostly books and periodicals, but also materials in other formats, including manuscripts, maps, photographs, art prints and illustrations, as well as handwritten letters and documents.

The collection covers mainly geography, history, languages and literature, religion and the social sciences, with a special focus on Singapore and Southeast Asia from the 15th to early 20th centuries. Besides being a source of valuable research materials on Singapore and Southeast Asia, the collection also serves the larger purpose of preserving the published heritage of Singapore.

Ong Eng Chuan is Senior Librarian (Exhibitions, Curation & Rare Collection) at the National Library of Singapore. His main responsibility is managing the library’s Rare Materials Collection, which currently numbers more than 11,000 items.
Back to Issue