Grand Hotel de l’Europe, National Theatre and National Stadium are just some of the places in Singapore that have might have been forgotten if not for the National Archives of Singapore. Rediscover these buildings of old with Oral History Specialist Lu Wenshi.

With the passing of time, many places and buildings in Singapore have undergone facelifts or changed their identities, while some have disappeared altogether and become part of our history. However, many who grew up, played or worked at these places still have vivid memories of them. The National Archives of Singapore (NAS) is a treasure trove for Singaporeans seeking a bit of nostalgia or to capture something of the old charm and colour of yesteryear. Journey back in time and re-visit Singapore through these interviews and images from NAS’s Oral History Centre and photograph collection — each a personal story, yet immediately recognisable to many as cherished collective memories of a different era.

“There were cats running up the stage, bats flying around the stage and sometimes brushing against the performers because they picked up sounds but not lights due to their blindness. Such things would affect the performance. But we could not do anything when faced with such incidents. We tried to prevent, for example, prior to the performance we would blast loud music to chase the bats away; our cleaning staff would get rid of the cats and rats but since animals moved around, they could return.” 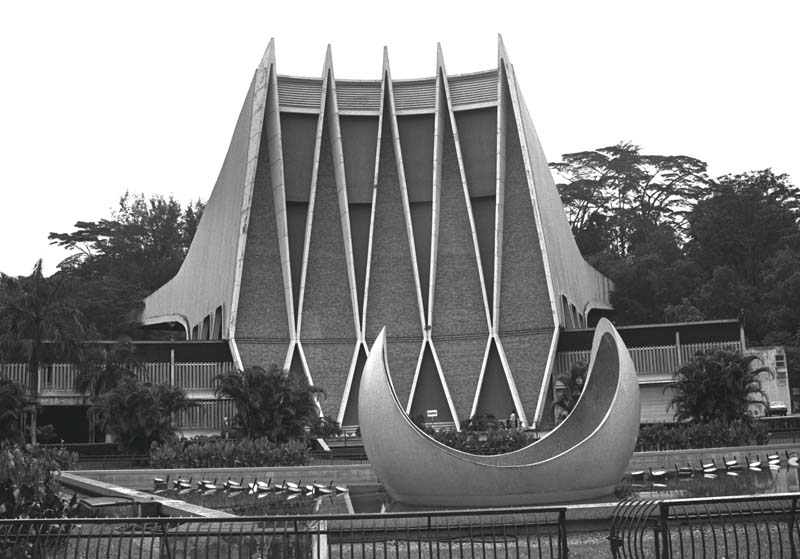 Opened in 1963, the National Theatre was located at the corner of Clemenceau Avenue and River Valley Road. Courtesy of National Archives of Singapore.

“Third floor, Ministry of Culture… All I remember was that I just went up there. It was just a room. I don’t know what it was before. It was just a City Council office with little cubby-holes. All I had was a table and a chair. So I said “How do you start?” I think the first couple of days was just bringing in furniture and files and digging up stuff. At one point, I thought of having my Ministry in Radio Singapore because that was one part of the Ministry of Culture. But that would have been out of the way.” 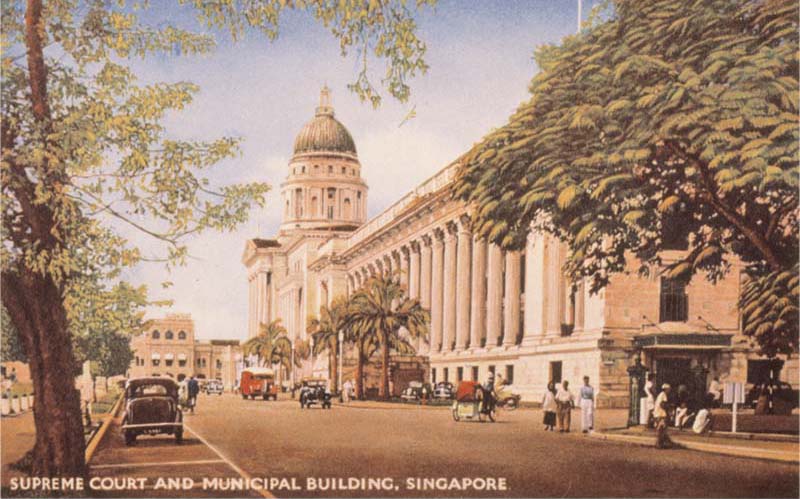 The former City Hall and former Supreme Court today make up the National Gallery Singapore, which opened in 2015. Courtesy of National Archives of Singapore.

— Mr Claude Oliveiro, pianist at Grand Hotel de l’Europe, on the music he used to play at the luxury hotel, which eventually made way for the Old Supreme Court in the 1930s. Oral history interview no. 1085, reel 2, conducted in 1989 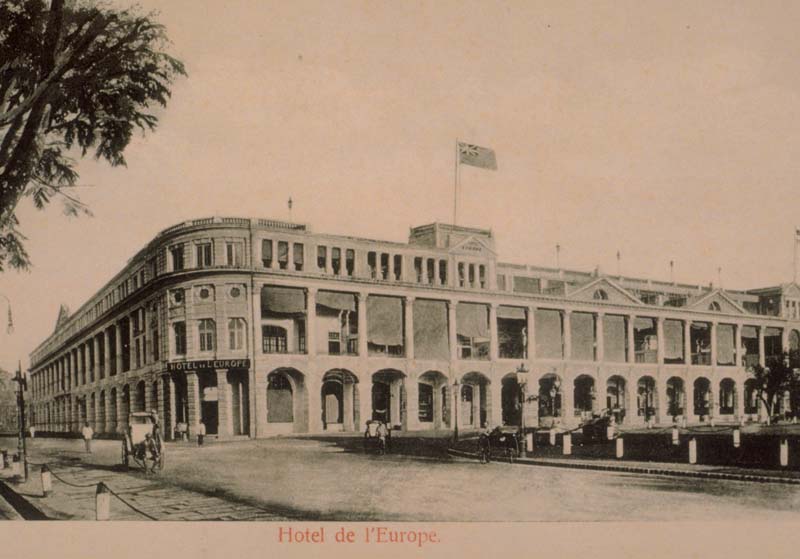 The Grand Hotel de l’Europe was one of the finest hotels in Singapore and overlooked the Esplanade. Courtesy of National Archives of Singapore.

“Very fond memories, I’ve been here before I joined the Sports Council: to watch football games, of course, watched some concerts as well. Michael Jackson sang here twice. Before I joined the Sports Council, I think the early part of 1993, that was the first time Michael Jackson came here. [T]he stage was right at the northern end of the stadium, at the other side. And I remember I came with my family, we were watching on the stands. Second time he came back was I think 2001 or 2002 around that period. So I watched it the second time. So there are a lot of concerts here, of course National Day Parade has always been here and I attend every National Day Parade so I watched a lot of National Day Parades here, watched a lot of football games. So I’ve got very pleasant memories of this place.”

— Col (Ret) Kwan Yue Yeong, former executive director of the Singapore Sports Council, on his memories of the National Stadium in the 1990s and early 2000s. Oral history interview no. 3101, reel 3, conducted in 2006. 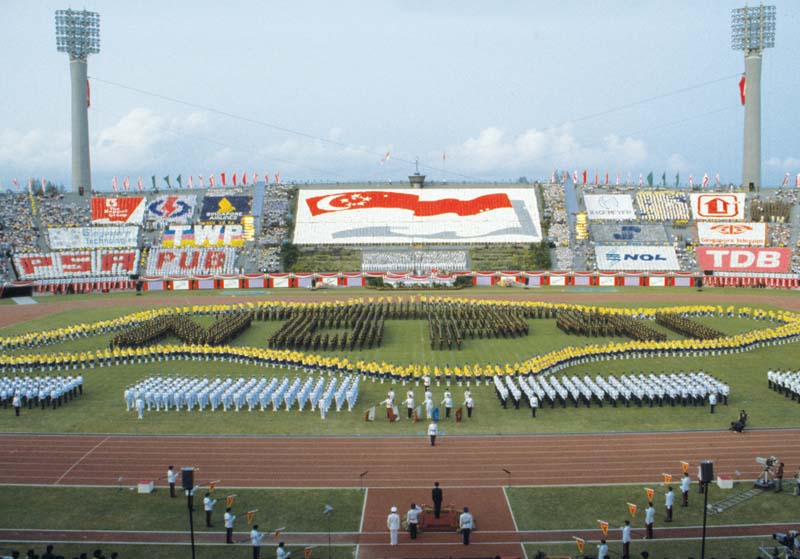 The National Stadium was the venue for many sporting, cultural and entertainment events. It officially closed in 2007. MITA Collection, courtesy of National Archives of Singapore.

“Capitol [had] a very wide hall, I mean, it may [have been] three times as large as Pavilion [Cinema] and it’s got some three dimensional figures on the sides. It had quite a decorative ceiling, they had curtains that come down and come up – very attractive. Well, all in all it’s a building that would have caught the attention of many people who went there for the first time to admire, unlike [the] Pavilion.”

— Mr Khoo Beng Chuan Benjamin, former principal of Chai Chee Secondary School, on the interior of Capitol Theatre and why it was such a distinctive cinema in the 1930s. Oral history interview no. 2911, reel 26, conducted in 2005. 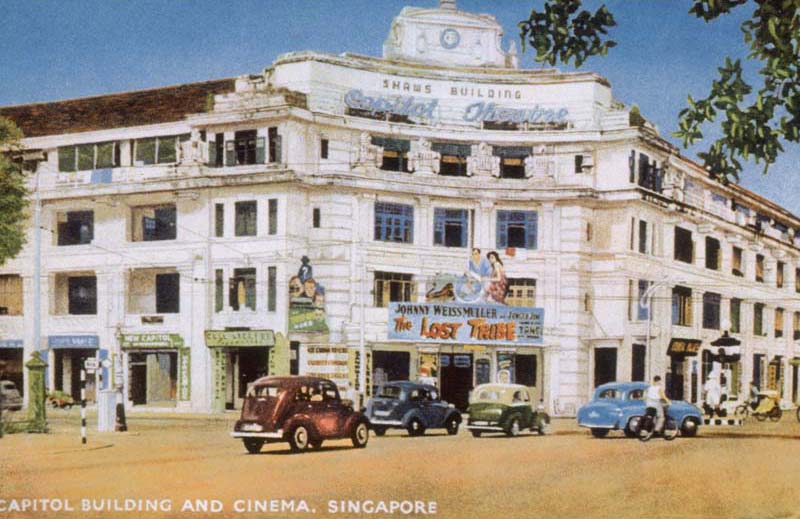 “The area where family activities were held was at the café area of the current MICA building — at that time the space was larger. There was a screen showing black-and-white films. They would sit there and eat. To be frank, [the] level of hygiene was low; there was the smell of food. As children, we would walk in from the main door. The police officer would ask why we wanted to go in. Sometimes he would not allow us to enter. We would ask ourselves what to do. So we went by the back door; there was a drain. We went in from there and blended in with the police officers’ children. We were playful, we watched black-and-white films. I remember they showed Tarzan, (The) Lone Ranger, those old Western films. There were also Indian films.”

— Mr Tay Kiam Hong, artist and interior designer, on his childhood memories of the Old Hill Street Police Station, where he would participate in activities organised for the families of police officers in the 1950s. Translated from Chinese oral history interview no. 1504, reel 2, conducted in 2010. 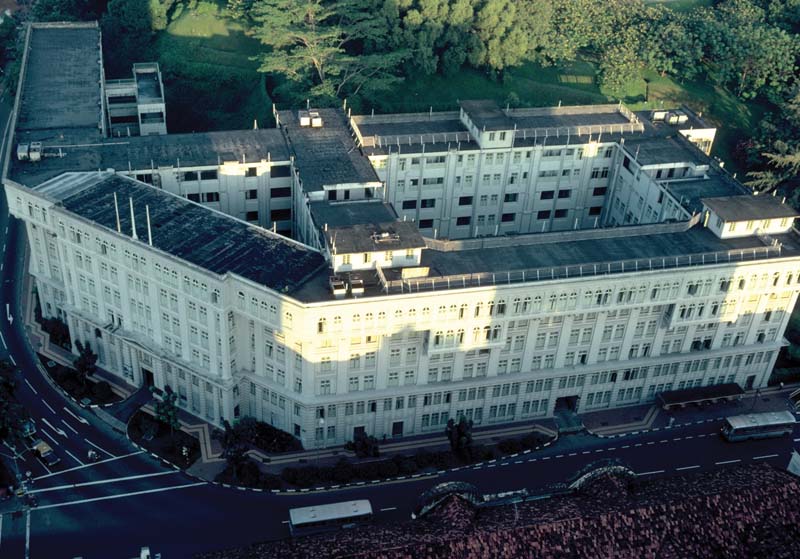 The old Hill Street Police Station officially opened in 1934 and was gazetted as a national monument on 18 December 1998. Courtesy of National Archives of Singapore. 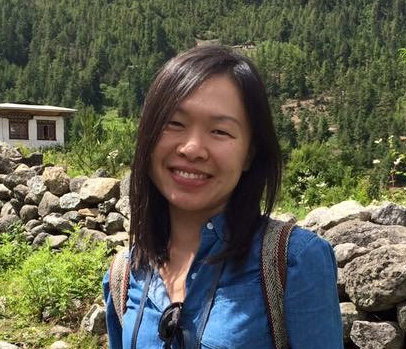 Lu Wenshi is an Oral History Specialist with the National Archives of Singapore. She conducts oral history interviews with individuals from different walks of life. Some oral history extracts in this article were contributed by Wenshi’s interviewees, and their narrations inspired her to curate this selection. She also conducts training for institutions that are keen to embark on their own oral history programme.