Each book is a memory, a reminder of the person we were when we read it. Here, Claire Tham shares with us the books she remembers – the ones that shaped her thoughts and her writing, and ultimately the person she became. 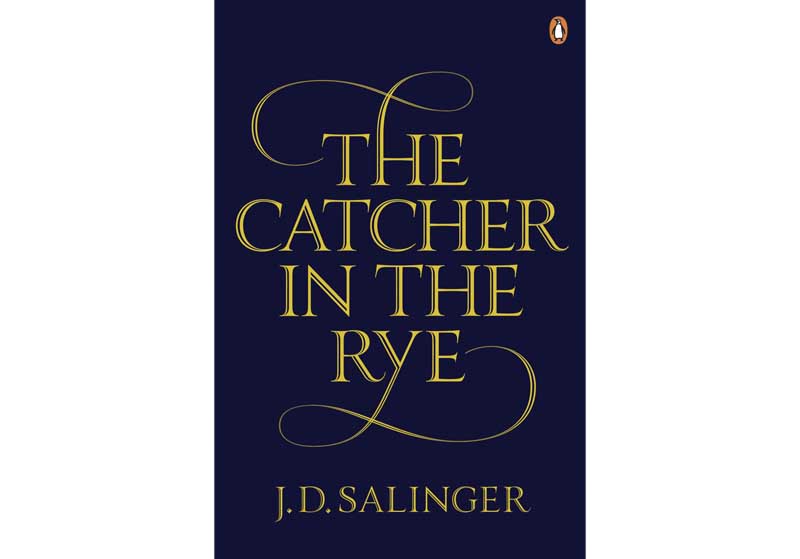 My mother worked Saturday mornings when I was a child in the 1970s; my father did not. Left with two children to entertain, my father would take my sister and I every Saturday morning to a bookshop or the National Library.

The first bookshop I remember clearly was a neighbourhood shop in Tiong Bahru, where my grandparents lived. The first thing you saw when you entered was a line of Enid Blyton books strung up by clothes pegs above a wooden table on which yet more Blyton books were laid out like tiles.

Of course, Blyton has gone out of fashion now. Her critics accuse her of wooden prose, stereotyped characters and political incorrectness. All true, perhaps, and yet, for me and other children of the 1970s, she was our passport to reading, to an idyllic England of boarding schools where children were never homesick, of midnight feasts, picnics and adventures in an English countryside free of paedophiles and other contemporary dangers. She made me, for a time, want to be a detective; I would buy small blue notebooks from the school bookshop and jot down car numbers and descriptions of people I saw in the street, in the wistful hope that some of them might be criminals and that I might play some small part in catching them.

I had a very English childhood, at least in the books that I read. There were few local books written in those days, almost none written for children. I read what I could lay my hands on and, like Blyton’s books, these were mostly by English and, to a lesser extent, American authors. For a time I could not get enough of a series called The Chalet Girls, about an English school established in the Alps in the pre-World War II years. There were other books too – The Secret Garden, The Little Princess, The Railway Children – all describing a Victorian and Edwardian England far removed from my own life in Singapore.

And there was Charles Dickens, of course. I was introduced to him through the musical Oliver! but my favourite was David Copperfield, which seemed to distil all that was best about Dickens – his unabashed fondness for melodrama and cliffhangers, his outrage at any kind of injustice, a sense of the absurd that went hand in hand with a desire to puncture all forms of pomposity or hypocrisy. I have not read Dickens in years but his writing, with its circumlocutions and its waterfall style – subordinate clause chasing subordinate clause, all building up to some towering, absurd punchline – has had a powerful influence on my own writing. I would like to write like Raymond Carver (who doesn’t?) but always end up imitating Dickens.

Around the same time – when I was about 11 or 12 – I discovered Agatha Christie, which sparked a lifelong taste for detective novels and thrillers. Like Blyton, Christie seems to have gone out of critical fashion and, indeed, her most famous creations, Hercule Poirot and Miss Marple, never rise above the level of caricature. Yet her books were irresistible; I could easily get through a couple of Agatha Christies a day. Fortunately, Christie was a prolific writer who kept me happily supplied with paperbacks throughout secondary school. I remember little of the plots, though her best books (Ten Little Indians, The Murder of Roger Ackroyd) set a bar for denouement and twists that, even now, have not been bettered; in her best books, too, she was capable of a psychological insight into her characters’ motivations that transcended the serviceable writing. The England of the interwar years she depicted was also central to the atmosphere of her books – in that orderly, structured society, murder had the resonance of genuine evil which, after all, was what it was.

Blyton, Chalet Girls, Dickens, Christie, Dorothy Sayers, L.P. Hartley, P.G. Wodehouse – these quintessentially English writers shaped my childhood imagination indelibly and stamped the contours of prewar England forever in my consciousness so that when I finally visited London the city seemed as familiar as a recurring dream.

My literary love affair with England culminated in Evelyn Waugh’s Brideshead Revisited, that paean to a vanished English aristocratic Catholic family which remains, even now, one of my favourite books. I came to the book via the Granada television series but discovered the book itself – its youthful, comic exuberance yielding to a growing, almost unbearable sense of loss – was even better. Many of my younger self’s favourite books have fallen by the wayside, but this is the one that has endured.

I turned away from English fiction in my teenage years – too stuffy, too stultifying, too corseted I thought. I worked my way through much of the canon of American literature for Disaffected Teens: Zen and the Art of Motorcycle Maintenance, On the Road, The Great Gatsby, The Catcher in the Rye, Franny and Zooey, The Bell Jar and others. (I was told Catcher was banned in Singapore, yet it was available in the library; many books that were supposedly banned were, oddly, available in the library.) Later, it would strike me that women and girls always got a raw deal in these books but, as a teenager, it didn’t matter to me. (In real life, I might have been a girl but in my literary imagination I was always a man!)

Zen and the Art of Motorcycle Maintenance was hard work to get through, On The Road, despite its lyrical prose, only marginally less so. I had more luck with The Great Gatsby, a cinematically mauled book that, given the number of people professing love for it, seems too clichéd to mention as a favourite. Yet it was, for a long time. It is one of those books that is so perfect in every way – a miniaturist’s perfection as it were – that reading it almost feels like gliding over water.

The Catcher in the Rye, when I first read it, was like a sock to the eye, a punch to the gut. I suppose almost every disaffected teenager who reads it for the first time has the sensation that Holden Caulfield is speaking directly, personally, to his or her problems. “Phony”, for a time, became my favourite catchphrase, liberally applied to everyone and everything just as, only a few years before “fathead” had been the ultimate insult. I suspect if I were to read it now, I would find its 1950s milieu and idiom curiously dated and Holden Caulfield an American Peter Pan who refuses to grow up.

My American phase continued well into my 20s and 30s. I read a lot of American short story writers: the usual suspects, although for some reason Hemingway never clicked with me. He was too terse, too macho. What I liked about American fiction was its perennial optimism; there was a kind of ragged hopefulness which the vast cities and endless landscapes seemed to foster in even the most self-destructive characters.

As I got older, though, I turned back to the English writers I had tried to read when I was younger and who had seemed incomprehensible to me then. I got through most of Graham Greene, who combined a keen sense for writing thrillers with world-weary characters in exotic locations. I went back to Evelyn Waugh and read A Handful of Dust: it was both very funny and the most bleakly horrifying thing I had ever read.

Bookshops, while I was growing up, lacked the range of a Kinokuniya or Amazon. I got many of my books the old-fashioned way: from the old National Library on Stamford Road, before it was razed to make way for the Fort Canning tunnel. What I chiefly remember about the old National Library were the long queues on Saturday mornings to return and check out books (how quaint, today’s children must think, to have your books manually stamped!) and the smell of mildewing paper in the non-airconditioned interior that hit you as soon as you stepped in.

Someone told me once that her daughter never went to the library because the books were torn and dirty. Dirty, torn books have never bothered me, (perhaps because I have a high tolerance for dirt). Before the advent of the internet, every trip to the library was like a treasure hunt; you never knew what you might find. (And the National Library was more high-minded in those days; I don’t recall a single bestseller gracing its shelves.) Two books discovered through this desultory browsing stick in my mind. The first was The German Lesson by German author Siegfried Lenz, a slow-moving, evocative novel that beautifully conflated a difficult father-son relationship with Germany’s difficult relationship with its Nazi past. Another accidental find was Robert Sabatier, a French author who wrote a series of idyllic books about a child’s experience of Paris during the interwar years. When I visit the National Library now, there is still a part of me that hopes to find another German Lesson or Robert Sabatier but knowing that I probably won’t makes me treasure such reading discoveries as one of the serendipitous joys of my youth.

Reading, bookshops, libraries – they made up a significant part of my childhood and brought me endless solace and enjoyment. They still do.

Singaporean writer and Oxford University law alumni Claire Tham has written several award-winning short story collections as well as full length novels. Her stories have been adapted for both television and theatre. Her most recent work The Inlet, was published by Ethos Books in 2013.
Back to Issue