A Journey into Memory 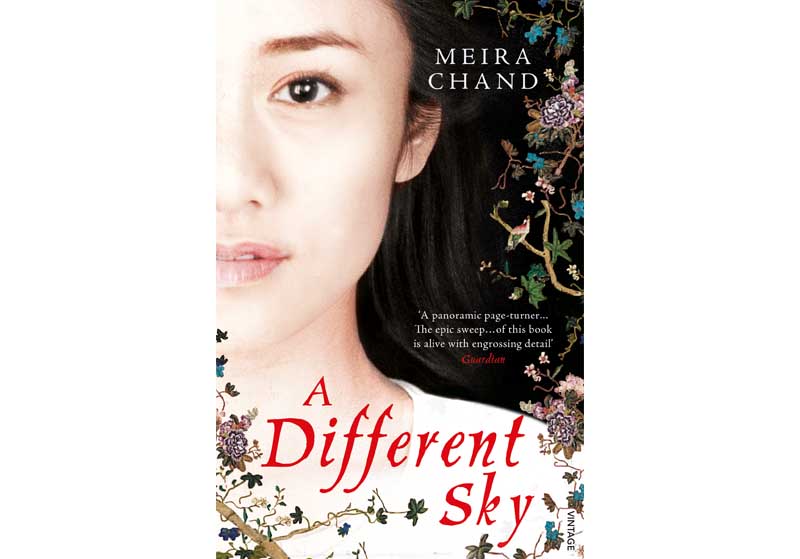 A Different Sky was written by Meira Chand in 2010. Cover image courtesy of Meira Chand, published by Random House, UK

The filmmaker Luis Bunuel wrote, “Memory is what makes our lives. Our memory is our coherence, our reason, our feeling, even our action. Without it, we are nothing.”1

As a writer I know the importance of subconscious memory, a deep well into which the writer lets down a small bucket to draw up something usually beyond reach. These shadows are stirred by the writer’s experience and from the mixture a work of creativity is formed. Our stories connect us to our past, and memory is always of the past. Without memory we cannot reflect upon ourselves and our inner lives. All novels are written from this place of memory, be it a personal memory, a national, tribal, racial memory, or the dark and mysterious archetypal memory shared by all of humanity. A seemingly bottomless well of memory upon which to draw intuitively is a prerequisite for a writer of fiction. Our deepest and most instinctive memories are formed in childhood, and make us who we are.

In 2010 I published a new novel, A Different Sky. The novel is set in pre-independence Singapore and covers the era of colonial times, the bitter experiences of World War II, the Japanese occupation and the post-war struggle for independence. When I decided to embark on this book, I had not been long in Singapore and knew little of the region or culture. Yet, once a seed is sown within a writer’s head, it is difficult to dislodge.

The first disquieting thing I discovered as I began my journey into A Different Sky was that I had no personal memory of the place I was writing about. I shared nothing of its history or its complex social structure. I had no larger memory shaped by the traumas and trivialities of childhood, by cultural uniqueness, no residue within me of family tales handed down by relatives, no gossip overheard, no ancestral village in China or India. I did not know the smells of a kampung or the taste of laksa. I did not have a great grandmother with bound feet; I had not hidden at the sound of soldiers during the war nor ridden in a rickshaw. I had never heard of a mosquito bus or received an ang pao at Chinese New Year.

We are all surrounded by our own lives, by where we have been born and where we have travelled to, both geographically and emotionally. We have to survive our own histories if we are to write at all. The novelist writes not to escape life, but to pin it down, pulling it up into the light through the mysterious waters of memory. With Singapore, however, I was beached upon dry land. A Different Sky is a historical novel and this genre has its own special problems. A story and its characters may be fictional, but the reality of place, culture, a specific time in history and true events are all inflexible facts and cannot be altered, but have to be convincingly portrayed. Meticulous research is the key to attempting such conviction and I assiduously set about this job. I thrashed around for a long time talking to people, trawling through old newspapers of the time, reading memoirs and history books – reading, reading, reading (and absorbing) – the words, the opinions, and the emotions of others.

And I unashamedly mined the Oral History Department of the National Archives. Here, through recorded personal interviews, was a wonderful cross-section of Singapore’s multicultural communities, all assiduously catalogued, subject-by-subject, reel-by-reel. Some interviews were transcribed, and this was most useful, but most of all I liked to put on the headphones and listen to the babble of numerous voices tied to multiple lives and experiences and let these work through me.

The process of working things through me is an important one. Some interviewees, whose stories I listened to time and time again, began to feel like old friends. Each encounter left its residue within me. In time, through reading and listening, I found I was building a memory of sorts upon the memories of other people; I had become a receptacle of received emotions and experiences. The Singapore memory I was acquiring was at first insubstantial and narrow as a sunbeam when compared to the all-pervasive sun. Yet, I hoped it would be enough for the work at hand. It took me a long time to gain the confidence to start writing, recreating a past of the imagination.

I spent many months finding my way into this new book. I wrote almost 200 pages, but it did not feel right; the structure of history was adequately in place, but my characters had no life; I seemed to be writing a history book rather than a novel. Every day spent at my desk was laboured and difficult. Whatever the problems of writing without memory, I knew that this was not the problem. I put the manuscript away for several months. Then, one night, I awoke at 2am with words crowding my head and my characters waiting for me at a place I had not anticipated ever meeting them. The words in my head had rhythm and lightness and soared ahead of me, picking up with ease the strangest of details. I got up and began at once to write. And I knew then that suddenly now I had found my voice. I was free within my own skin.

In a sense literature is not so much about structure, plotting or the use of device; literature is about a voice. Voice is not style. A voice comes from deep within the writer and speaks directly into the reader’s ear in its own distinctive way. Writers write for many reasons, and according to the poet Al Alvarez, one of those reasons is that writers fall under the spell of language at an impressionable age and can never escape. He says, “In order to write you must first listen…something writers have in common with their readers. Reading well means opening your ears to the presence behind the words.”2

We read fiction primarily for the pleasure of being told a story and being able to enter and imagine new worlds. The reader follows the writer into unknown realms, and will emerge from the journey with expanded experience, new perspectives and a deeper understanding of life. I had read well as a researcher, I had opened myself to memory and experience not my own, immersing them within myself. But, until I experienced that 2am epiphany, I could not yet speak in a convincing voice of the places I had been.

I realised then that I had started writing before I had completely digested the Singapore memory built up through research. It had not yet become ‘my memory’, an instinctive knowledge within me, like the real memories we all possess from our formative years. False and narrow though this memory was, not until it was completely absorbed, could I throw it over my shoulder and draw upon it unconsciously. Only then could I turn researched fact into convincing fiction.

Historical truth, as far as we can understand it, rests not only upon recorded fact, but also upon the imaginative extension of our understanding of those facts. While historical record constructs the shape of the past, fiction creates a sense of experience. Now with my newfound voice, I could at last call to the reader to listen, so that together we might relive an important memory, bringing it to life in the present, and illuminating its enduring relevance to ourselves in the way that only fiction can conjure.

Meira Chand was born in London of Swiss-Indian parentage and lived in Japan and India before making Singapore her home in 1997. Her latest novel, A Different Sky was long-listed for the Impac Dublin award in 2012, and also made it to Oprah Winfrey’s recommended reading list. She has a PhD in Creative Writing and is actively involved in promoting young writers in Singapore.
Back to Issue