MusicSG is a digital archive set up by the National Library Board (NLB) to digitise, archive and provide access to all forms of published music works in Singapore. The scope of MusicSG is broad, comprising music composed or published by Singaporeans, music produced or published in Singapore, as well as any music related to Singapore.

By bringing together content on Singapore music, MusicSG aims to elevate the profile of local music and musicians and provide resources for research and discovery, while contributing to NLB’s overarching objective in preserving local history and heritage.

MusicSG relies heavily on the public and music industry players to share and deposit their works in its archive. Having secured permission from the respective copyright holders, the National Library is now able to provide the public with access to a variety of materials in the MusicSG archives, including free music streaming and downloading of non-AV resources such as lyrics and scores.

MusicSG showcases over 20 genres of music – national campaign songs, local musicals, 新谣(xin yao), rock and pop, and more – from more than 500 musicians across different languages and genres, such as X’ Ho, Dick Lee, Iskandar Ismail, Liang Wern Fook, The Quests, Corrinne May, Boh Chit Hee and Pan Xiuqiong. Their recorded works span from the 1950s to the present day.

MusicSG also archives several meaningful local compositions that reflect our nation’s short but remarkable history. These songs contain lyrics that relate to the Singapore experience. For example, the Malay folk song “Di Tanjong Katong” reminds us of the time when Tanjong Katong was a coastal stretch overlooking the blue waters of the east coast – until reclamation works pushed out the shoreline in the late 1960s.

Other special highlights include the 1967 recording of Singapore’s national anthem, recorded just two years after Singapore’s Independence, as well as “胶林我们的母亲”(“Rubber Jungle, Our Mother”), the earliest work recorded in MusicSG. This was composed by Boh Chit Hee in 1956, a luminary of the Chinese instrumental music scene in the 1950s and 60s.

As of October 2014, the archive has amassed more than 13,000 music resources, including tracks, scores, lyrics, biographies and videos.

The MusicSG website was first launched in 2010 but remained relatively low-key until it was revamped in 2014, giving way to a more user-friendly and aesthetically pleasing layout that allowed for more content formats to be displayed. The portal has been redesigned to encourage the continuous discovery of content. To achieve this, social sharing and streaming capabilities as well as improved search functions were added to the new site. The website is also equipped with responsive web design technology, which enables the site to adjust itself according to the device being used, be it a smartphone, computer or tablet, without any loss in functionality.

New highlights include the approximately 260 items that the late local music legend and Cultural Medallion recipient Iskandar Ismail allowed NLB to digitise for MusicSG in 2013. Handwritten scores of his arrangements of familiar National Day Parade tunes over the years have all been digitised and uploaded onto the portal.

The music scores of past Cultural Medallion winners such as classical musician and conductor Leong Yoon Pin, guitar maestro Alex Abisheganaden and violinist Kam Kee Yong can also be accessed online. In addition, written and video profiles of 13 indie Singaporean solo artistes and groups – including local pop-rock stalwarts Jack & Rai and West Grand Boulevard, as well as the up-and-coming Sam Willows – are also accessible on the site. New research articles, infographics and photographs relating to personalities, organisations and performance venues have also been added to the portal for a more complete experience. Information on music genres ranging from Dikir Barat, Xinyao and Bhangra to heavy metal and rock are all covered, and showcase both famous recording artistes as well as lesser known names.

The new MusicSG website was officially launched on 26 September 2014. Called “MusicSG Reloaded”, the event was held at the National Library with Guest-of-Honour Minister for Culture, Community and Youth and Second Minister for Communications and Information, Lawrence Wong, and guest performer Corrinne May, who wowed the crowd with her luscious vocals. Guests included the former MusicSG Advisory Committee members, donors, local musicians, including veterans Rufino Soliano, Jacintha Abisheganaden and Marina Xavier, as well as partner organisations. After the launch, contemporary local artistes The Analog Girl, Jack & Rai, ShiGGa Shay and Nicodemus Lee from 迷路兵 (mi lu bing) mesmerised crowds at the National Library’s plaza for an evening of music and entertainment. 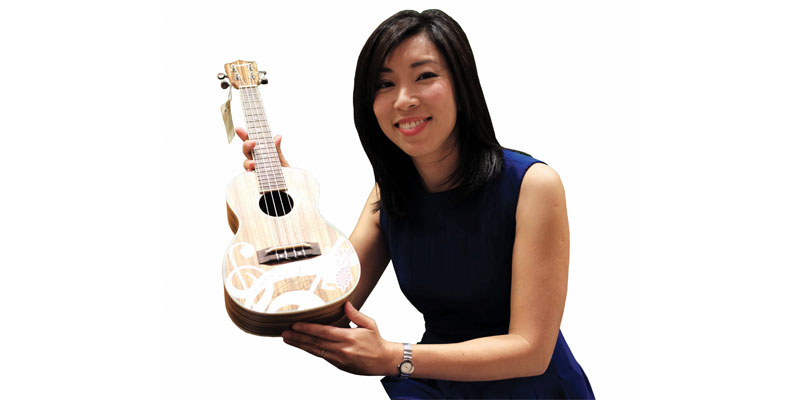 Joy Loh is an Associate Librarian with the National Library of Singapore and is responsible for the new-look of MusicSG.