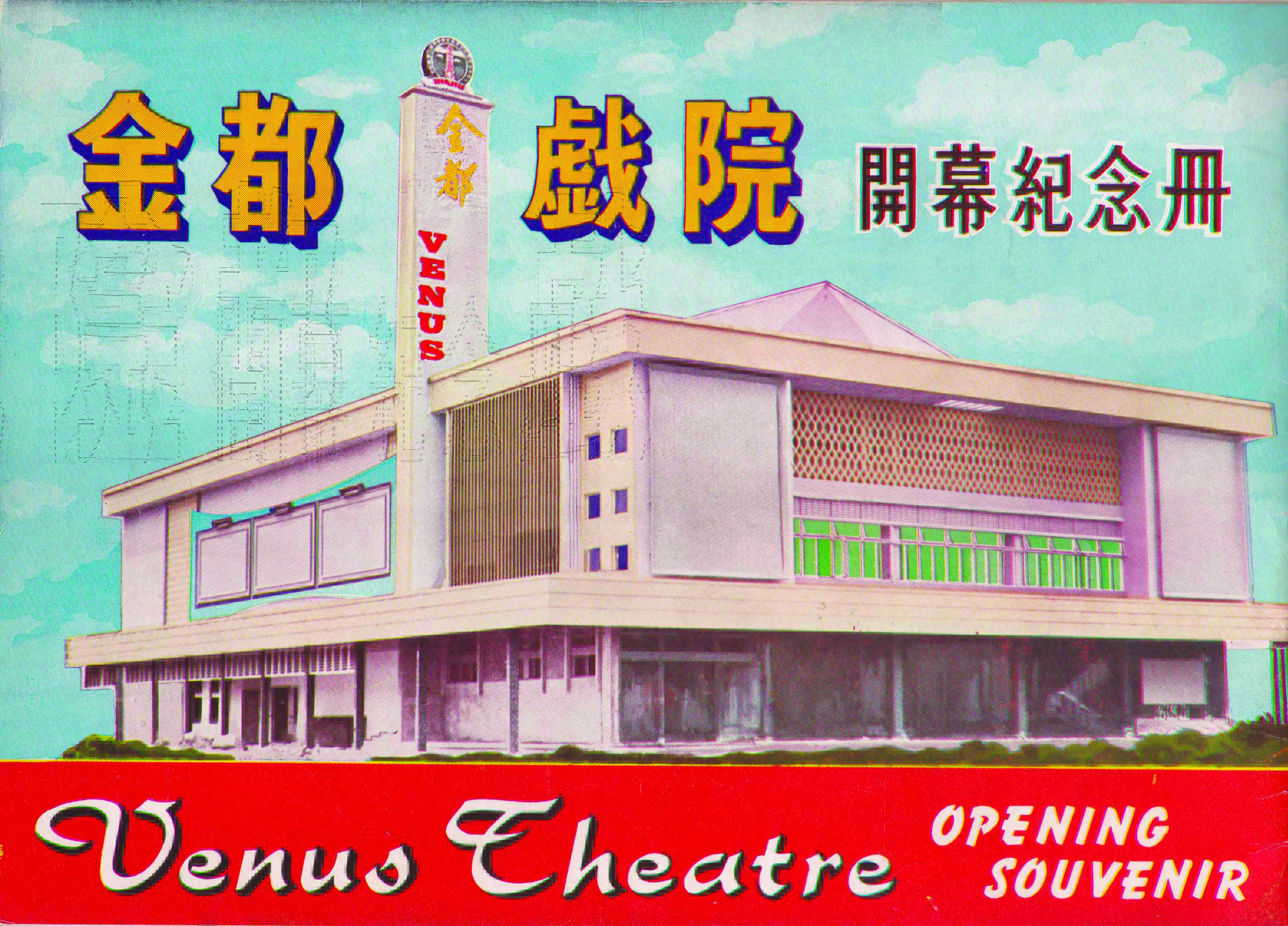 Given the diverse range of movie-related memorabilia available, aficionados can easily amass huge collections over time. These can include cinema tickets, posters, scripts and other ephemera to film props and costumes as well as bulkier items like cinema seats, cinema projectors and studio camera sets – in short everything related to filmmaking and cinemas.

I saw my first movie when I was five. My parents had taken me to watch a Taiwanese tear-jerker at the now defunct Kong Chian cinema in Toa Payoh. I will never forget that magical evening, enveloped in the darkness and ensconced in my own seat, my feet barely touching the floor. I have been hooked on movies ever since. Cinemas back then only had one hall, which was usually huge and grand; the screen was often equally large and had the effect of drawing and absorbing you into the movie experience. As my trips to the cinema were infrequent at best while growing up, I treasured each and every film I watched.

Unfortunately, rapid urbanisation and development, coupled with the introduction of the videotape and other forms of entertainment, caused many cinemas in Singapore to close down in the 1980s. As the number of movie-goers dipped and the film industry declined, I felt compelled to document the loss of these grand movie houses with detailed photographs and ticket stubs. Later on, I expanded my collection to include other film-related memorabilia, and because the items are so diverse, I chose to focus on local productions and films with Asian content. Before I started my collection, I was unaware that Singapore was home to a booming film industry in the late 1940s into the early 70s, but as my collection grew larger, so did my knowledge about Singapore’s golden age of filmmaking. My curiosity was piqued, and my hobby has been growing from strength to strength over the last 30 years. 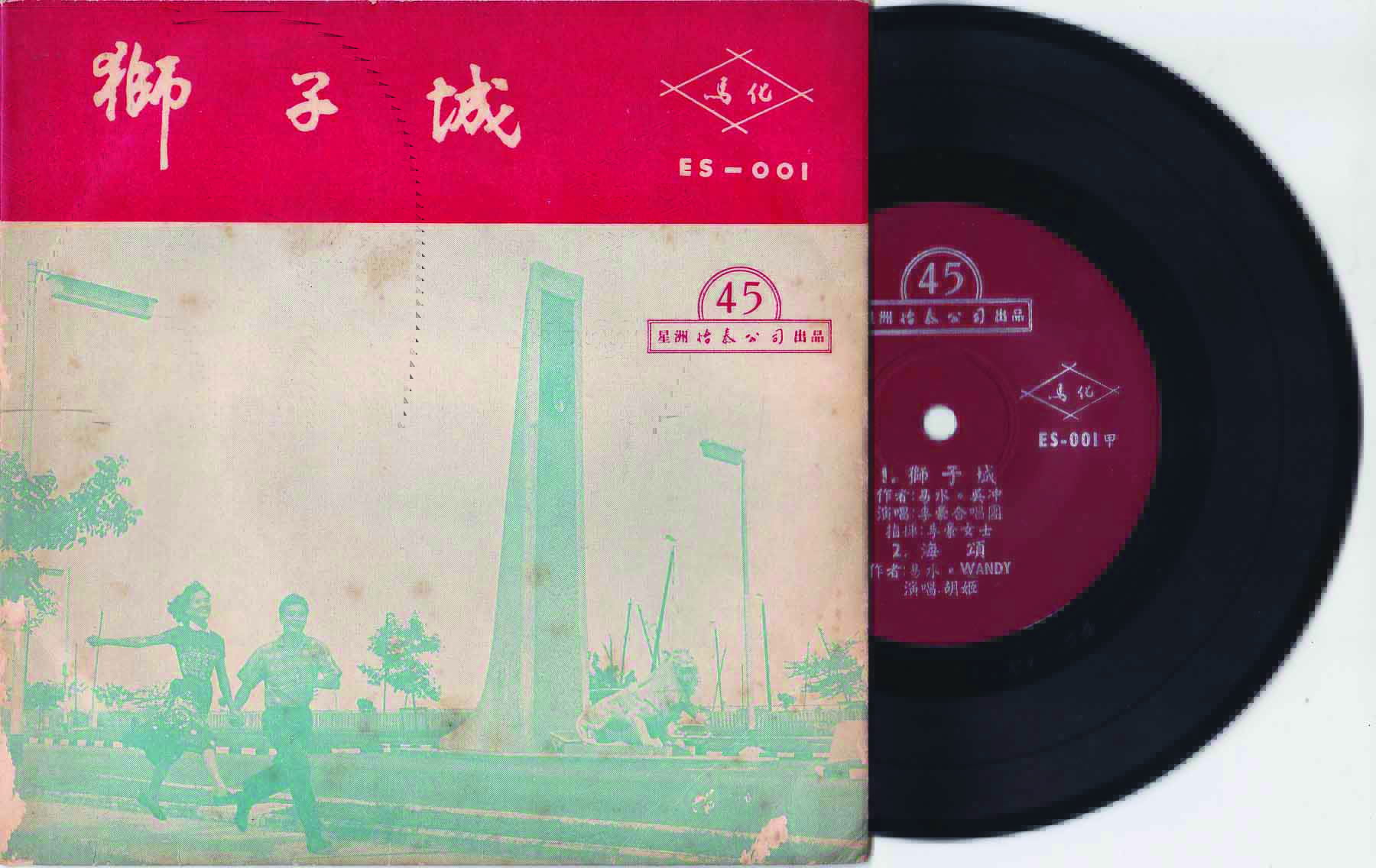 Record of local Mandarin film Lion City. Produced in 1960 by Cathay-Keris, the film was Singapore's first Malayan-Mandarin film and was produced to celebrate the attainment of self-government in Singapore. Courtesy of Wong Han Min. 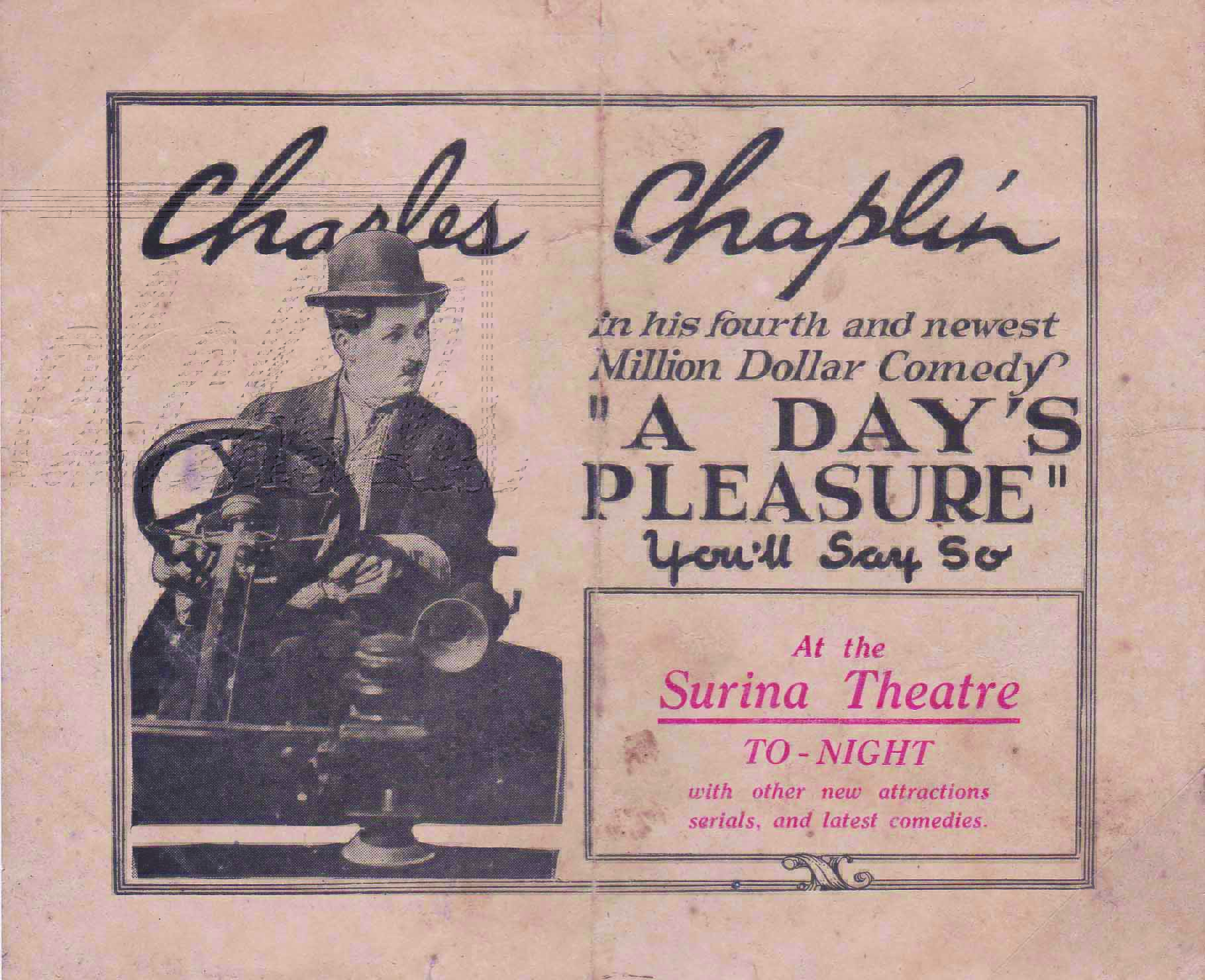 Leaflet (1920s) for Charles Chaplin's A Day's Pleasure, which played at Surina Theatre. The theatre, owned by the Surin family and located at North Bridge Road, was open from 1922 to 1930. Courtesy of Wong Han Min.

Advertising envelope of The Ten Commandments, which was screened at Cathay Cinema in 1956. Courtesy of Wong Han Min.

Initially I faced many challenges; besides having limited means to buy items, there were also space constraints and discouragement from my family (my mum, needless to say, grew increasingly impatient with the clutter gathering in my room). But like-minded friends and people I met in the film business encouraged me. One incident sticks in my memory: in 2006, a warehouse that belonged to the Eng Wah Organisation was destroyed by a fire. What was left of the building was earmarked for demolition but before the bulldozers could tear the building down, I managed to rummage through the rubble and save whatever I could find that was of historical value. I salvaged some paper ephemera but the fire had sadly destroyed all the extant film reels. Searching for film memorabilia is not always so dramatic but neither is it easy. From collector friends to the karung guni (rag-and-bone man), and flea markets, antique shops and online auction sites to overseas trips, I am always on the lookout for a piece of history that helps tell the Singapore film story.

My lifelong passion for all things connected to films originally started from a place of loss and nostalgia. To me, an artefact that is destroyed or lost translates into a larger (and permanent) loss of Singapore’s history and heritage; this is what fuels my passion to discover and preserve Singapore’s cinematic history through the items I gather.

Over the past three decades, my collection has evolved into a sizable private archive of memorabilia that celebrates Singapore’s multicultural film and cinema history, one that is closely intertwined with the personal memories of generations of Singaporeans who have grown up watching films – in much the same way I have. 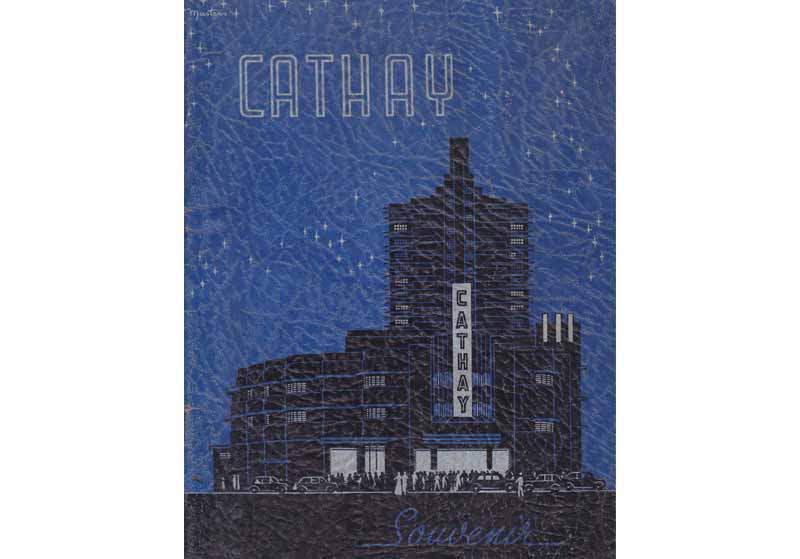 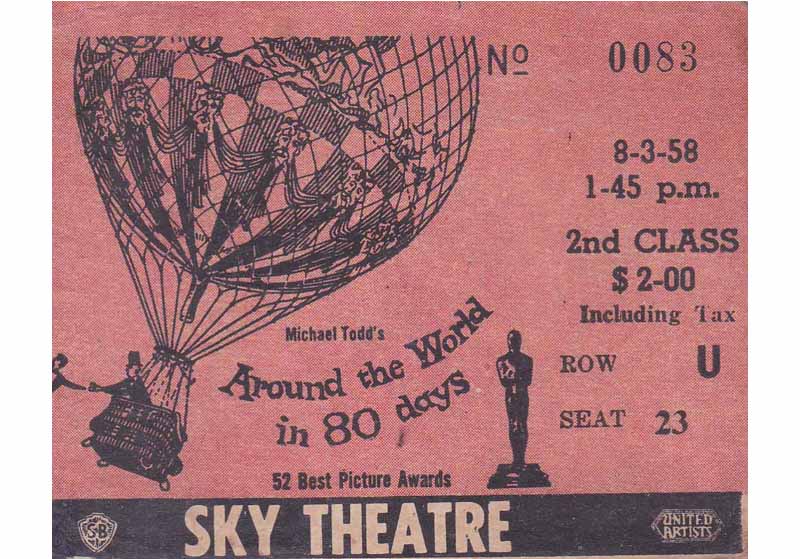 Sky Theatre ticket of the opening show Around the World in 80 Days in 1958. Under Shaw Organisation, Sky Theatre opened in 1958 at Great World Amusement Park. It closed in 1978. Courtesy of Wong Han Min. 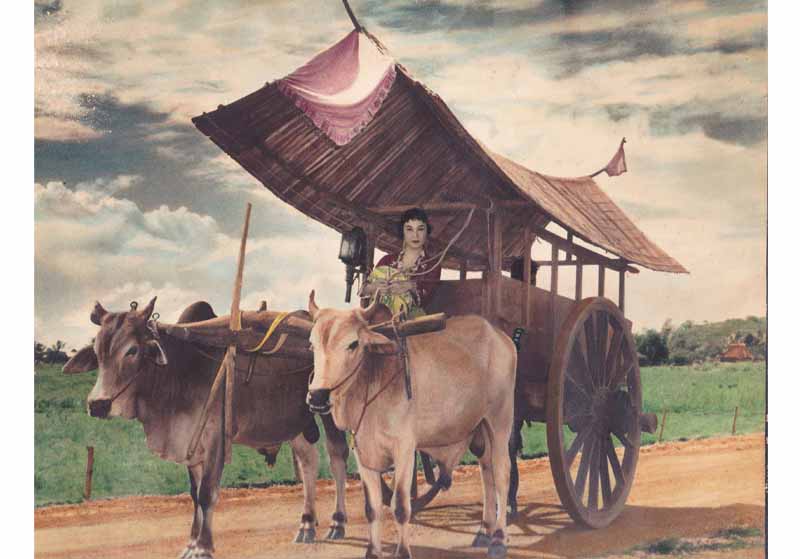 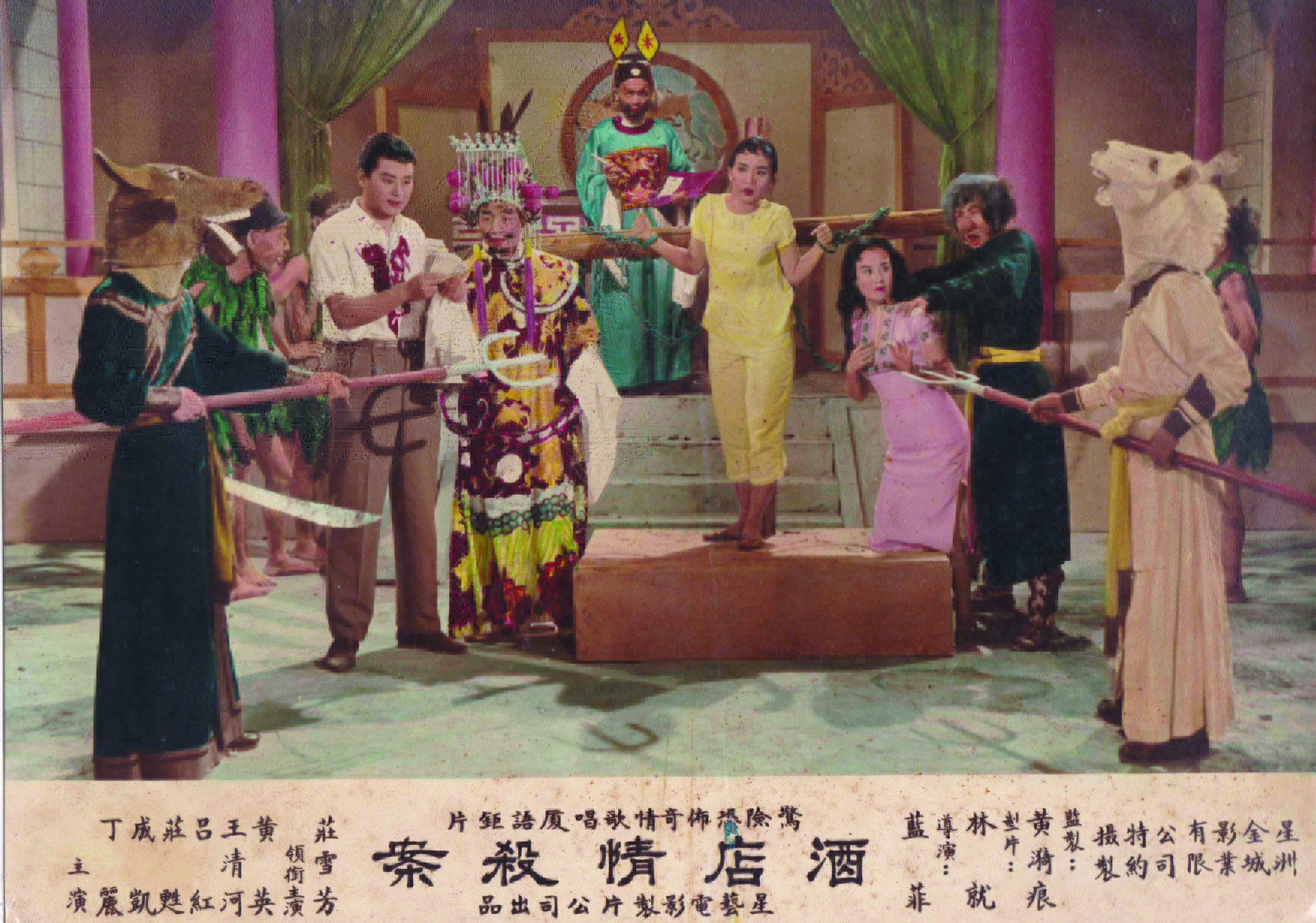 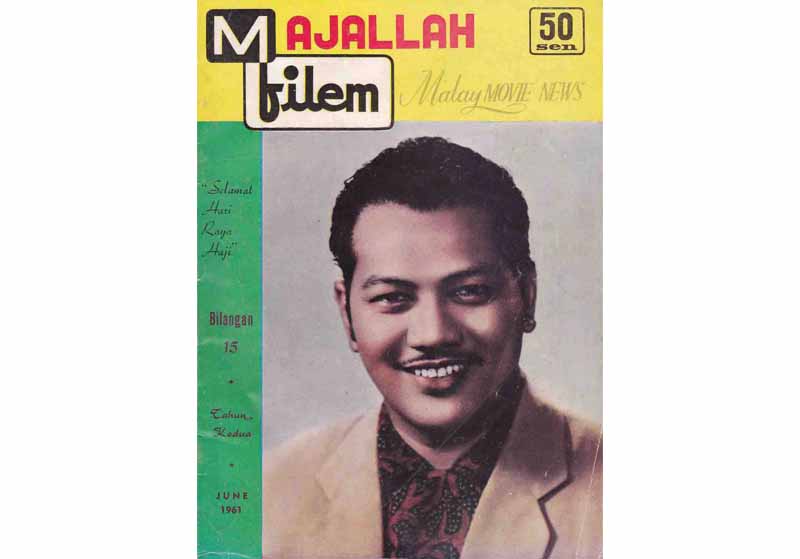 June 1961 issue of Malay Movie News with P. Ramlee on the cover. The magazine was produced by Shaw Organisation and featured Malay films made by Shaw's Malay Film Productions (MFP) Studios at Jalan Ampas. Courtesy of Wong Han Min. 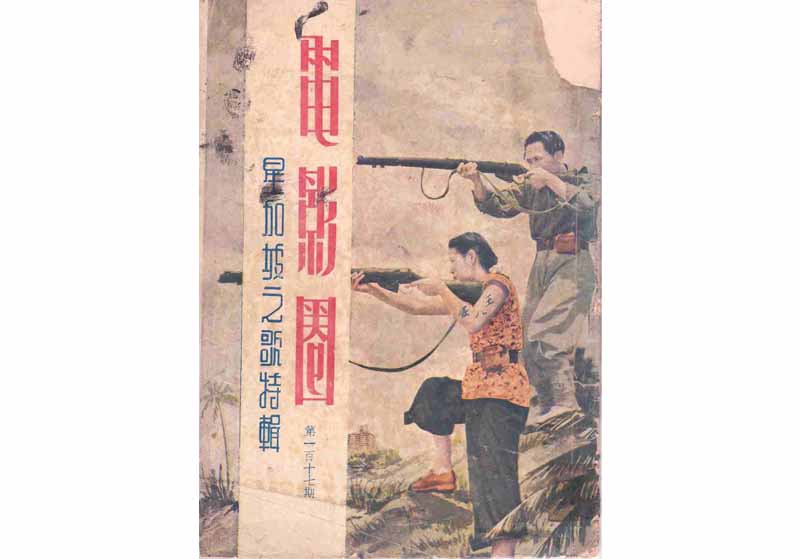 Issue No. 117 of Screen Voice, a Chinese film magazine produced by Shaw Brothers. This issue focused on Song of Singapore, a local film produced at Shaw's studios. Courtesy of Wong Han Min. 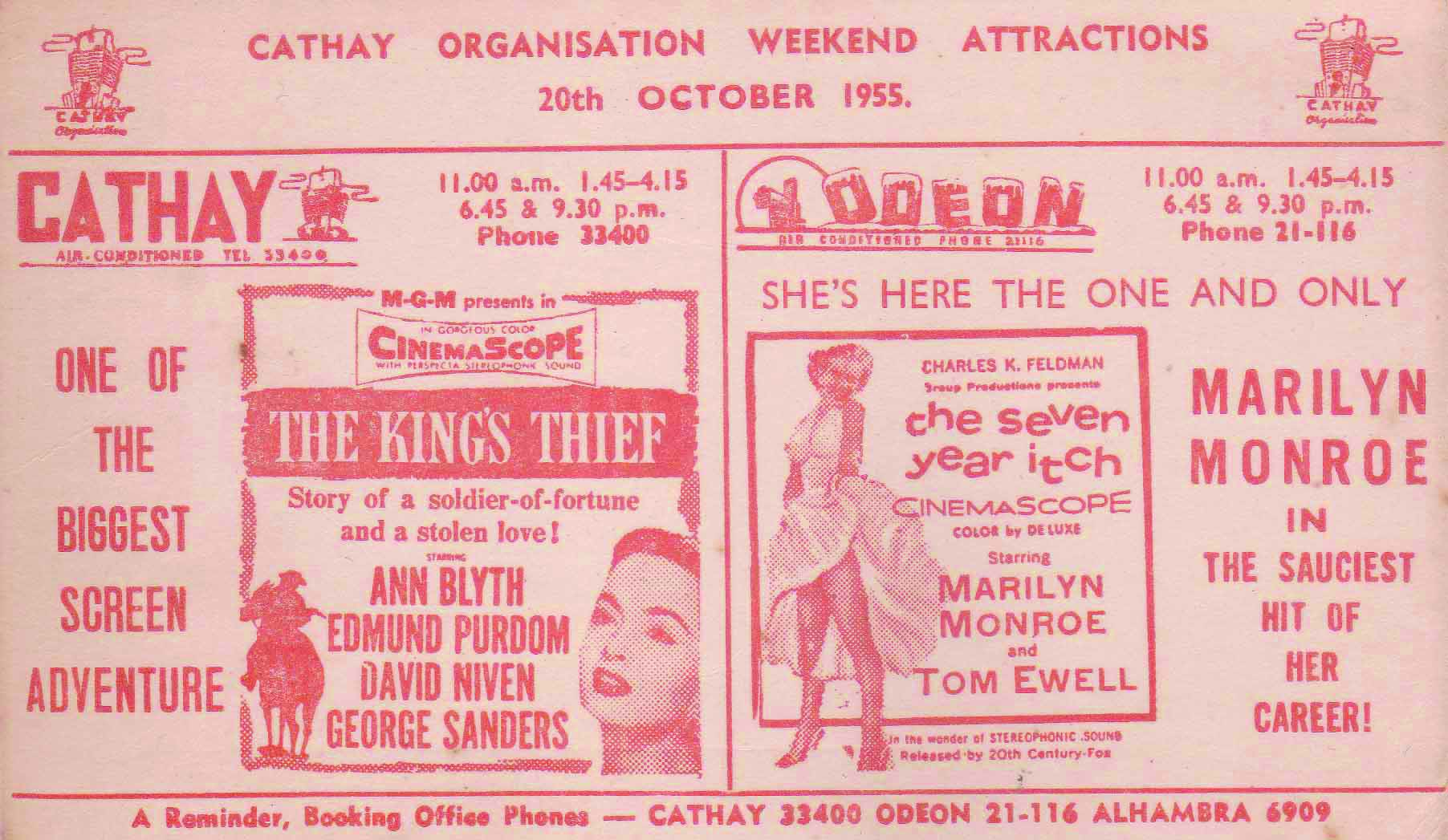 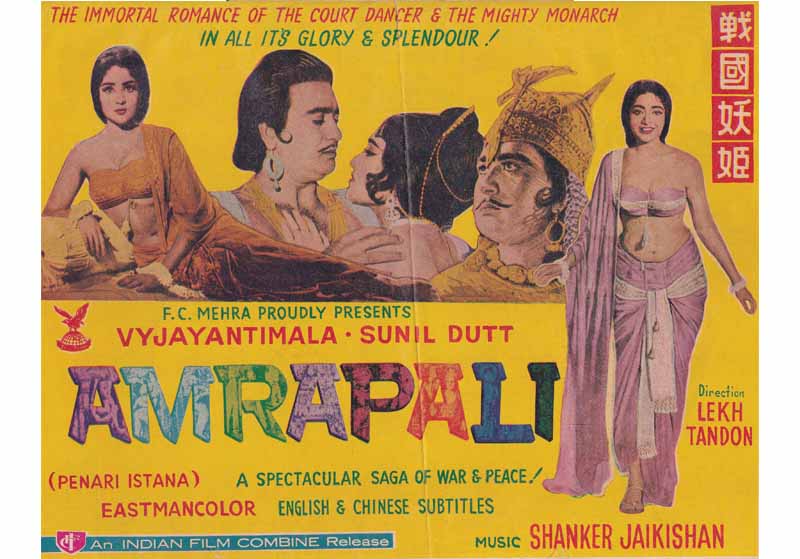 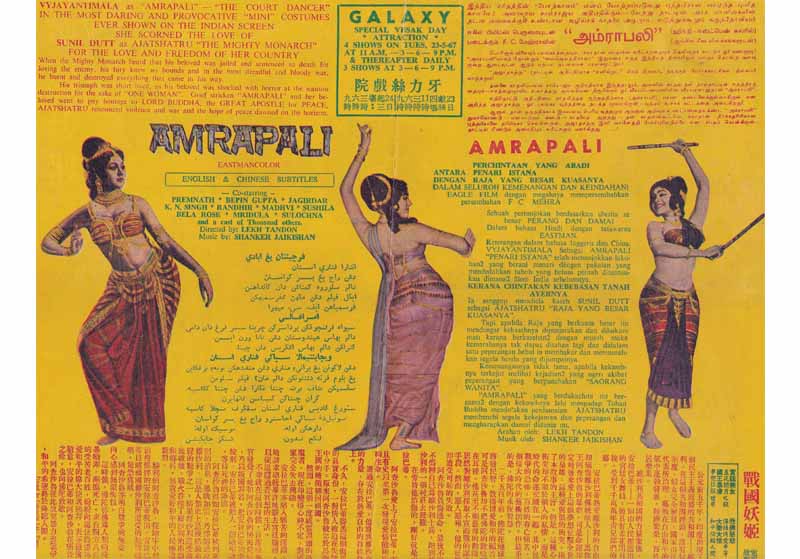 Movie flyer for Amrapali, a Hindi film screened at Galaxy Cinema on Vesak Day in 1967. Galaxy Cinema screened mostly Indian films and operated from 1965 to 1981. Courtesy of Wong Han Min. 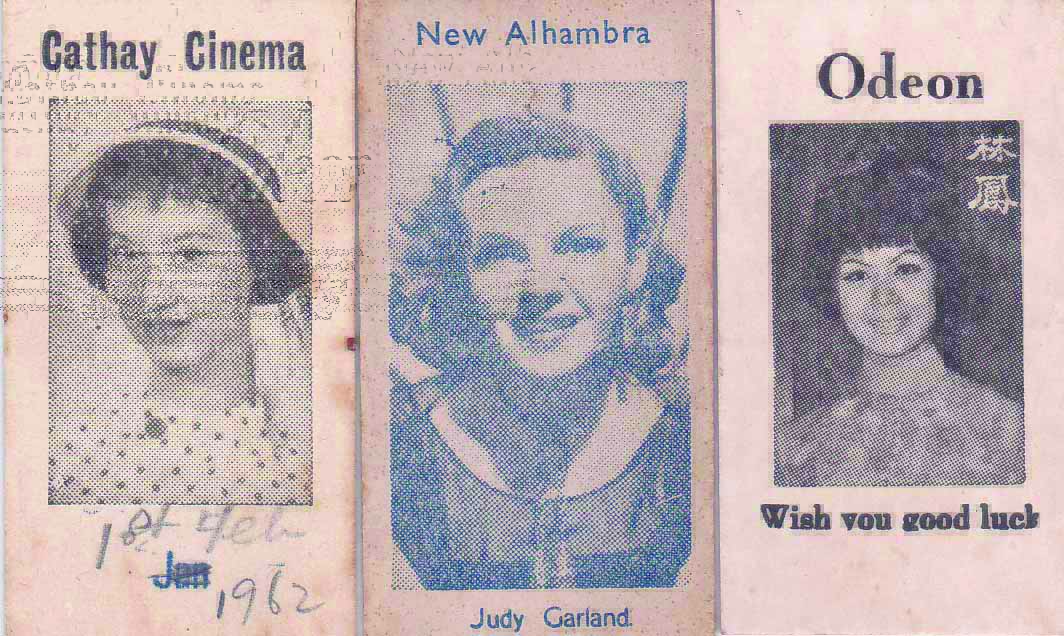 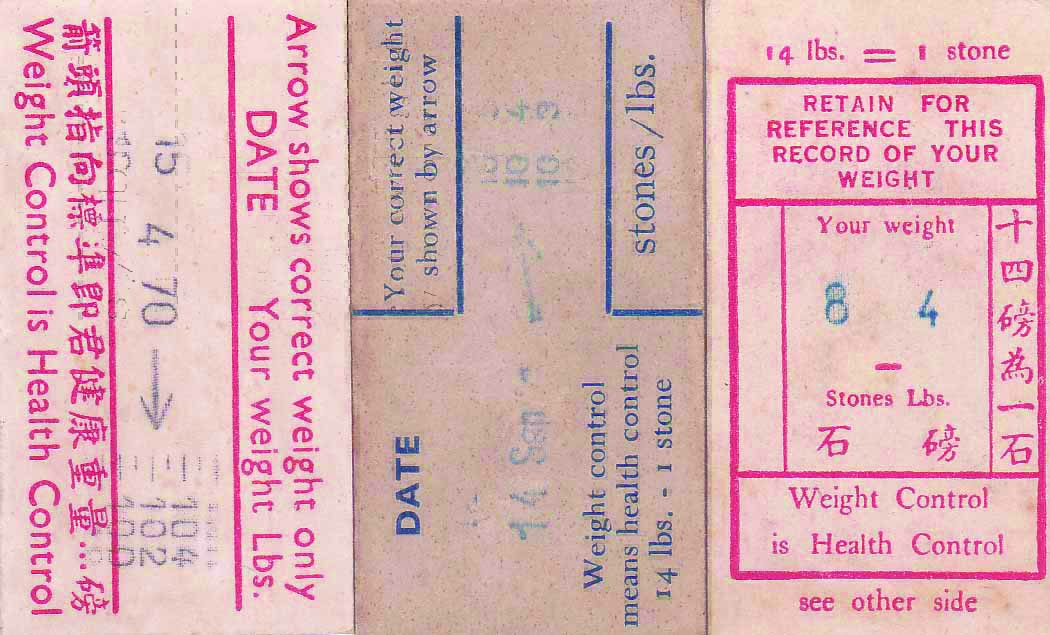 Ticket stubs showing the name of the cinema and a picture of an actress on one side and your weight on the reverse. Courtesy of Wong Han Min. 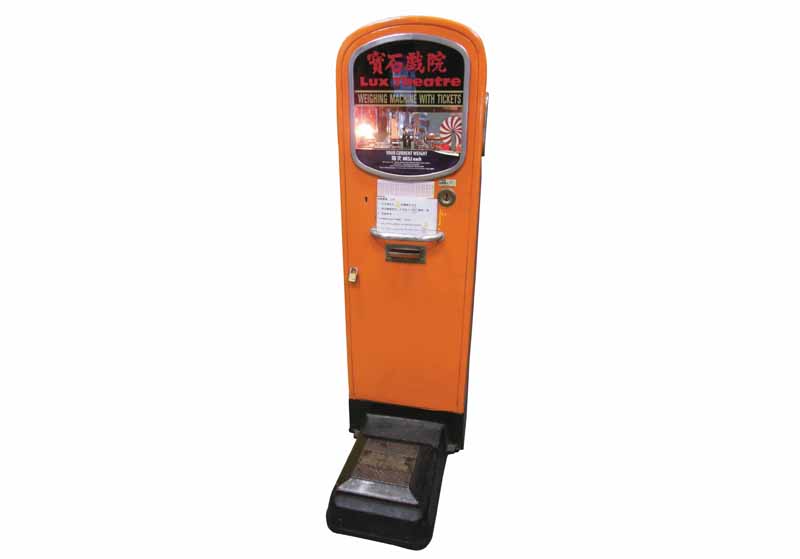 Weighing machines such as this one from Lux Cinema, the last surviving old cinema in Hong Kong, were once common in Singapore's cinemas. Courtesy of Wong Han Min. 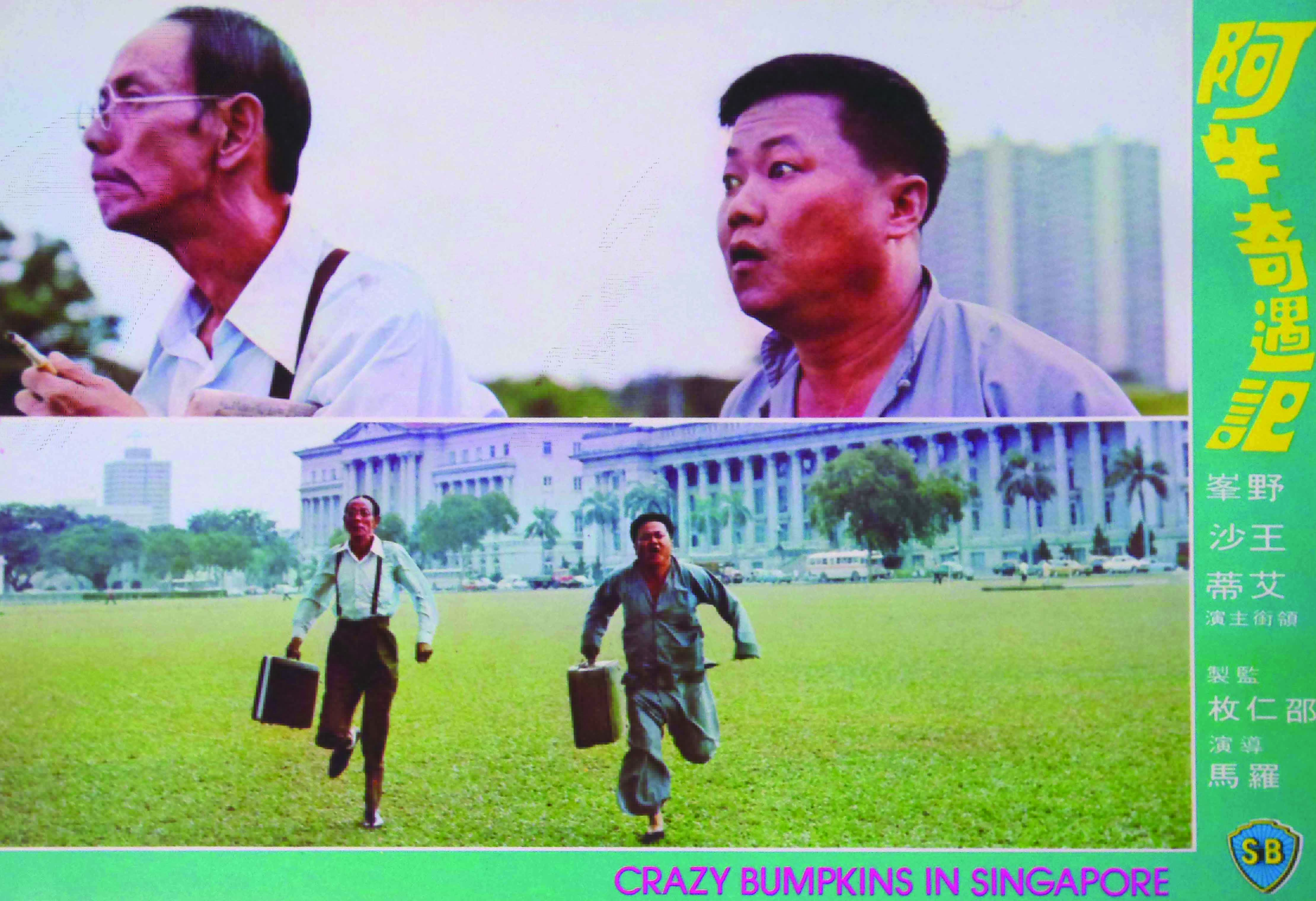 Lobby card of Shaw's Cantonese film Crazy Bumpkins in Singapore was shot on location in Singapore in 1976, starring the city's famous comedians Wang Sa and Ye Fung. This comedic duo hit the big screens in the early 1970s (after gaining popularity on TV) when they were employed by Shaw Studios in Hong Kong. Courtesy of Wong Han Min. 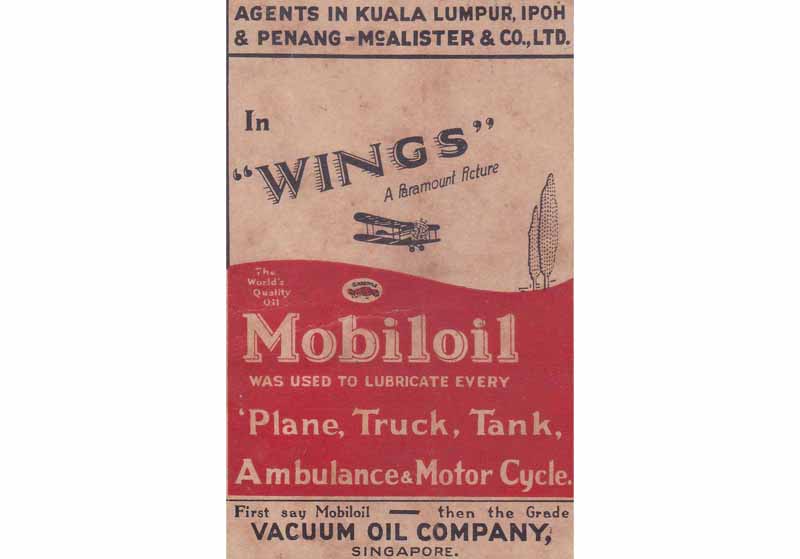 A postcard advertising the film, Wings, in 1929. Courtesy of Wong Han Min. 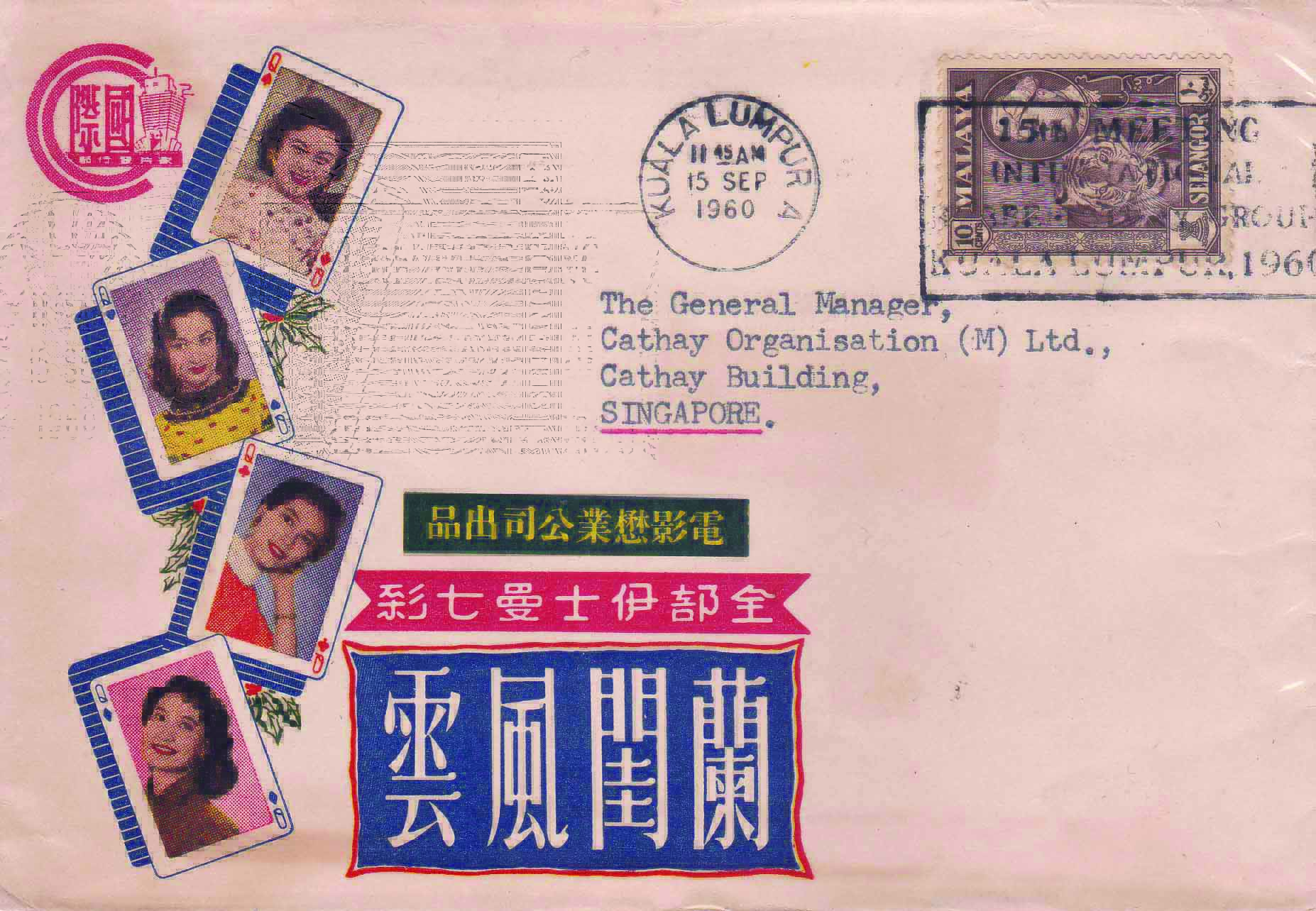 An envelope promoting Wedding Bells for Hedy, a Chinese film produced by Cathay Organisation in 1960. Courtesy of Wong Han Min. 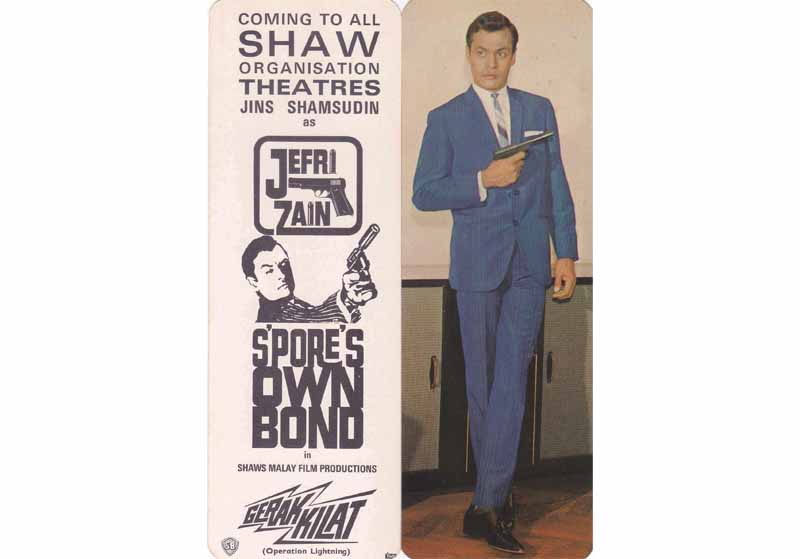 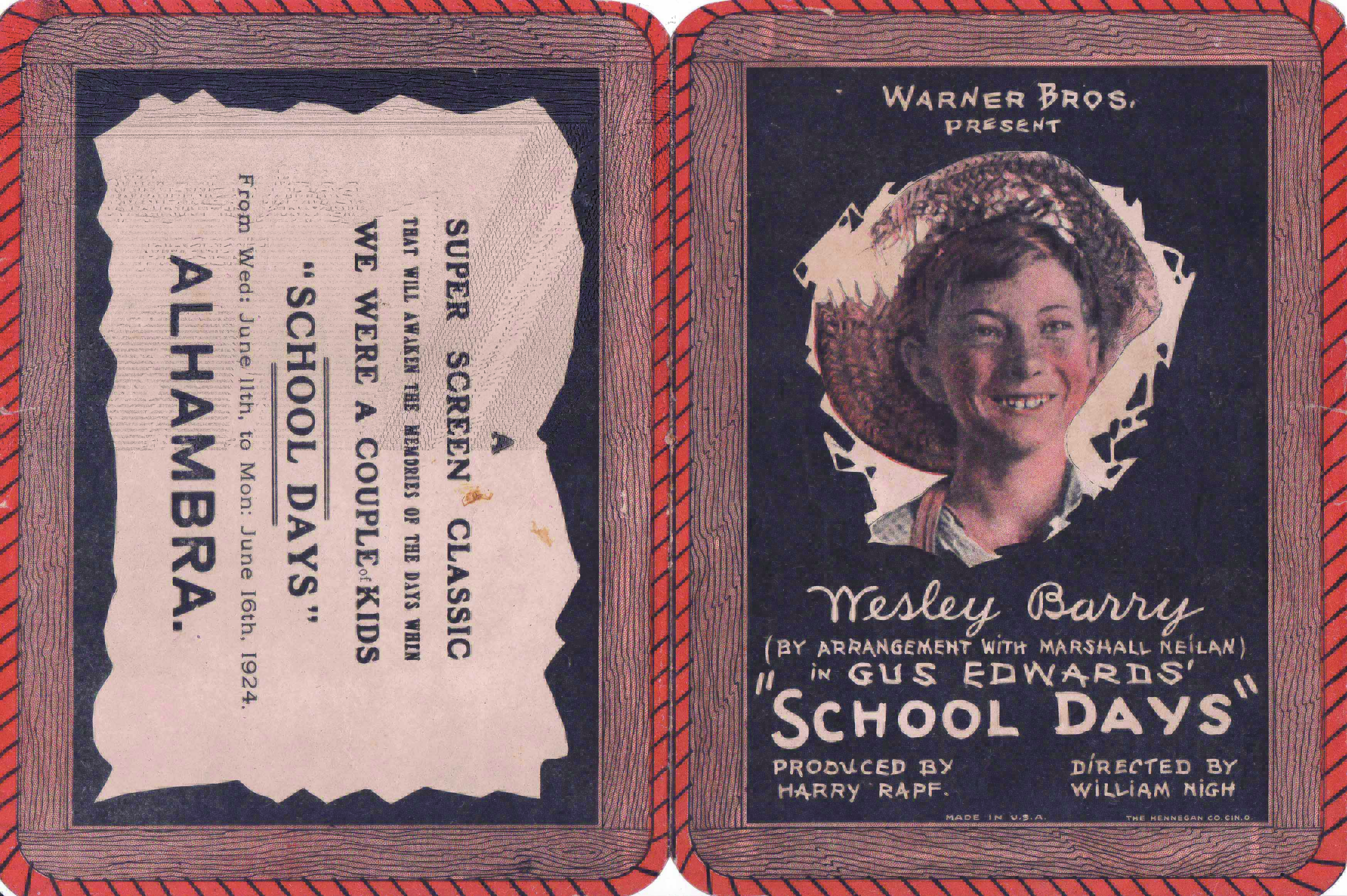 Wong Han Min is a philatelist and collector of ephemera relating to Singapore's social history. His collection of film-related memorabilia is particularly outstanding, and has been featured in various publications. Wong has given talks and held exhibitions of his collections both locally and overseas, and recently collaborated with the Hong Kong Film Archive on the exhibition “The Foundation of Run Run Shaw’s Cinema Empire”.