When Singapore Was Cinca Pula 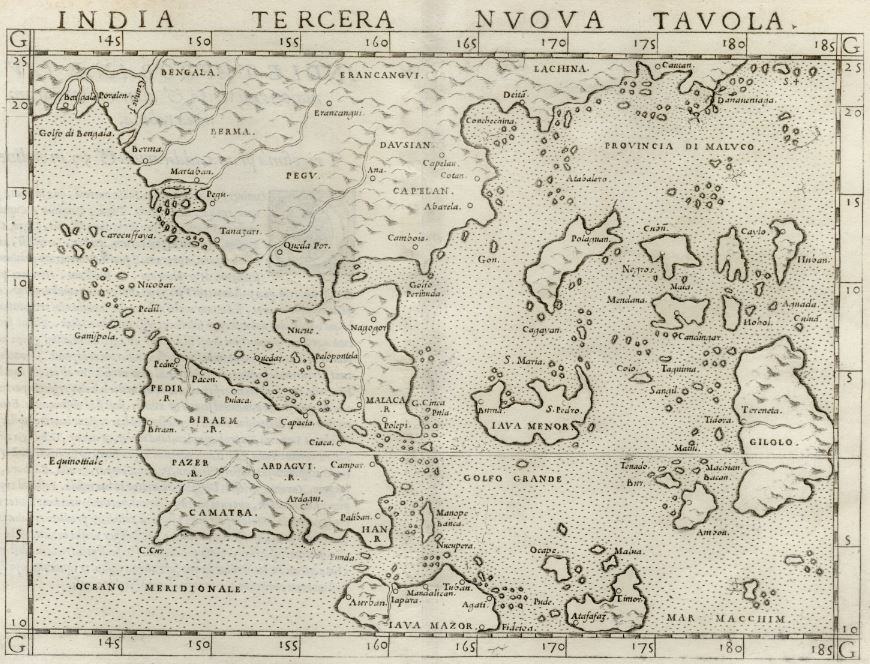 India Tercera Nuova Tavola is one of the first early modern maps of Southeast Asia. It is also the National Library’s oldest map that makes reference to a C. Cinca Pula, which scholars believe refers to either the town of Singapore, one of several straits on which Singapore sits, or the southern tip of the Malay Peninsula. Image source: National Library Board, Singapore.

A 455-year-old map of Southeast Asia tells of the seafaring adventures of 16th century voyagers, whose journeys took them to exciting, uncharted territories waiting to be explored. As the intrepid voyagers discovered new trade routes in Asia, these unknown lands slowly came into prominence. We are familiar with most of them today; one, in particular, stands out – a place indicated on the map as C. Cinca Pula.

India Tercera Nuova Tavola is one of the first early modern maps of Southeast Asia. It is also the National Library’s earliest map that makes reference to a Cinca Pula – which scholars believe refers to either the town of Singapore, one of several straits on which Singapore sits, a cape, or the southern tip of the Malay Peninsula.1 In this map, Cinca Pula refers specifically to a promontory – C.[abo] Cinca Pula or Cape of Cinca Pula. Re-issued up until 1599, the map was created at a time when European traders were exploring new routes to the East of India, including the Spice Islands in Southeast Asia.2 Singapore’s presence on this map suggests that it had an active role in the pre-colonial trade in the region.

Created by the Italian cartographer Girolamo Ruscelli, the map, which is slightly smaller than a sheet of A4 paper, is made up of two sheets of paper seamed together. Ruscelli’s map is based on a pocket-sized engraving created in 1548 by another Italian cartographer, Giacomo Gastaldi. Gastaldi, in turn, had based the map on the groundbreaking work of the 2nd-century Greek mathematician and astronomer Claudius Ptolemy as well as information gleaned from new European discoveries. Ptolemy’s use of the grid system in his work Geographia (or in English, Geography) to map the world became the basis of modern cartography as we know it today.

Gastaldi’s map marked a significant shift away from the traditional practice of woodblock printing, the method used to produce Ptolemic maps.3 Engraved on copper, Gastaldi’s maps were clearer and more detailed than woodblock printed maps; this costly method of printing maps had been abandoned for four decades before it was revived by Gastaldi.4 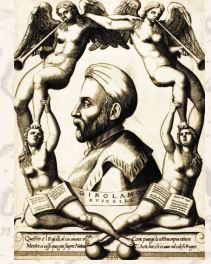 A 1566 engraving of Italian cartographer Girolamo Ruscelli (c. 1504–1566) by Niccolò Nelli held by the Art Institute of Chicago. Courtesy of Wikimedia Commons.

Gastaldi’s map also showed a distinct departure from Ptolemy’s cartographical representation of the Far East. Ptolemy used a systematic grid of longitudes and latitudes linked to specific points, while Gastaldi’s maps were based on Portuguese portolans – navigational charts constructed from compass points and sailing directions – and showed coastal outlines with few inland features.5

ln 1561, Ruscelli enlarged Gastaldi’s map to twice its size and published it in his book, La Geographia di Claudio Tolomeo Alessandrino. Two other editions of the map were subsequently produced in 1574 and 1599.6

Spanning the Bay of Bengal to southern China in the north, and down just below the Equator to the south, India Tercera Nuova Tavola depicts new information about the region gathered from Spanish and Portuguese explorers. For example, the southward extension of the Malay Peninsula, shaped like an upside-down leaf, is corrected for geographical accuracy, while Ptolemy’s Sinus Perimulicus, regarded now as the Gulf of Siam, is retained as Golfo Permuda on this map.7

Malaca (Melaka), having been conquered by the Portuguese in 1511, is clearly marked, as are kingdoms with trading or diplomatic ties with the Portuguese. These include Camatra (Sumatra), Iapara (Jakarta), Pazer (Pasai), Pacem (Aceh), Campar (Kampar) and Ardagui (Indragiri). Other areas in Southeast Asia, such as Banca (Bangka), St. Pedro (Mount Kinabalu), Berma (Burma) and Camboja (Cambodia), are also identified for the first time.8

The map, which the National Library Board acquired in 2012, offers historians valuable insight into the trade, politics and geography of 16th-century Southeast Asia.