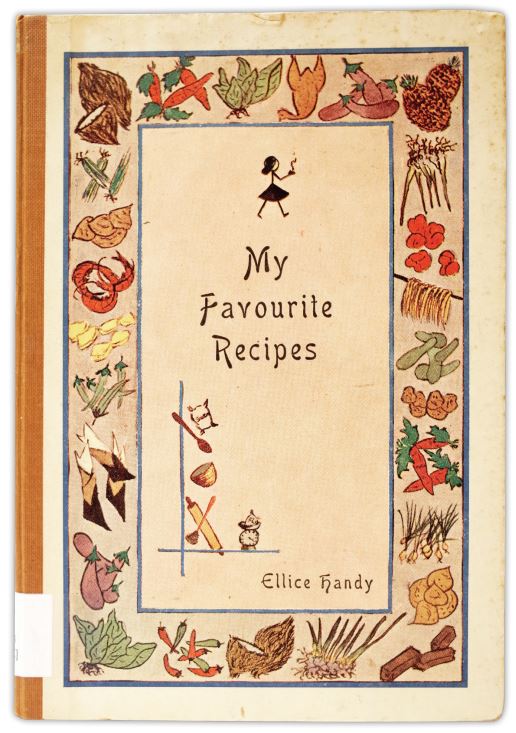 Despite 11 new editions over five decades, Handy’s book has remained largely the same, with the exception of 30 new recipes that were included in the second reprint onwards. Pictured here is the cover of the 1952 first edition. Image source: National Library Board, Singapore

In the days before eating at a hawker centre became so commonplace, housewives in Singapore would routinely whip up freshly cooked meals for their families. No good kitchen would be complete without condiments such as sambal belachan (a fiery concoction of chilli and shrimp paste) and tau cheo (fermented bean paste).

Yet until the 1950s, cookbooks featuring homespun Asian recipes just did not exist. Recipes were generally passed down orally from mother to daughter and most took the form of hastily scribbled notes that only its owner could make out. Most cookbooks in Malaya and Singapore were written by expatriates for their own community. Publications such as The “Mem’s” Own Cookery Book (1929, 3rd edition) (see page 110) and Y.W.C.A. International Cookery Book of Malaya (1935) – both available at the National Library – typically focused on how to create European dishes using local ingredients, interspersed with Malayan translations of English food names and the nutritional information of indigenous ingredients.

Into this vacuum stepped Ellice Handy, née Ellice Zuberbuhler, a Eurasian and the first Singaporean principal of Methodist Girls’ School (MGS). Among her key tasks was to rebuild the school after the war1 – an assignment she tackled so efficiently that she was awarded the Order of the British Empire when she stepped down as principal in 1957. Even after that, she stayed on as a teacher in the school until her retirement in 1964.2 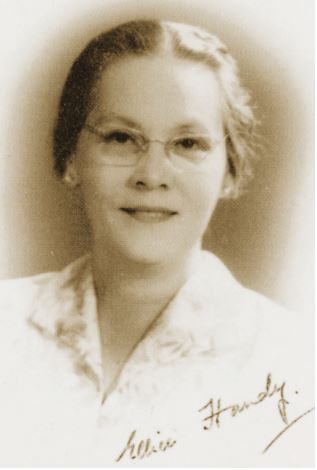 One of the ways Handy sought to raise funds for the school’s rebuilding was to write a cookbook.3 She readily acknowledged that she was no great cook, but had acquired enough proficiency to create her own recipes and modify others she had tried. These included a dish of chicken and ham with white sauce, one of the first recipes she attempted, which was taught to her by MGS’ English founder Sophia Black-more.4 Handy compiled and handwrote her original and altered recipes, and published My Favourite Recipes in 1952 – the first cookbook by a Singaporean author. It was sold for $5 a copy.

The book was an instant hit. Handy’s focus on cooking for her family, which involved relentless experiments in adapting recipes to their palates,5 resonated with local women in the post-war baby boom years. Many later claimed to have picked up cooking thanks to Handy’s recipes,6 which were not only tried and tested but easy to replicate at home. In the book’s foreword, the ever practical Handy explains that her work “is not for those who know everything about cooking but for those who have a desire to learn to cook”.7

Handy’s inclusion of Indian, Malay, Chinese and Eurasian fare reflected Singapore’s multicultural society and made her book popular with anyone interested in Asian cuisines.8 Unlike Western cooking, which relied heavily on boiling, baking and roasting, Handy’s recipes involved typically Asian methods such as stir-frying and steaming.9 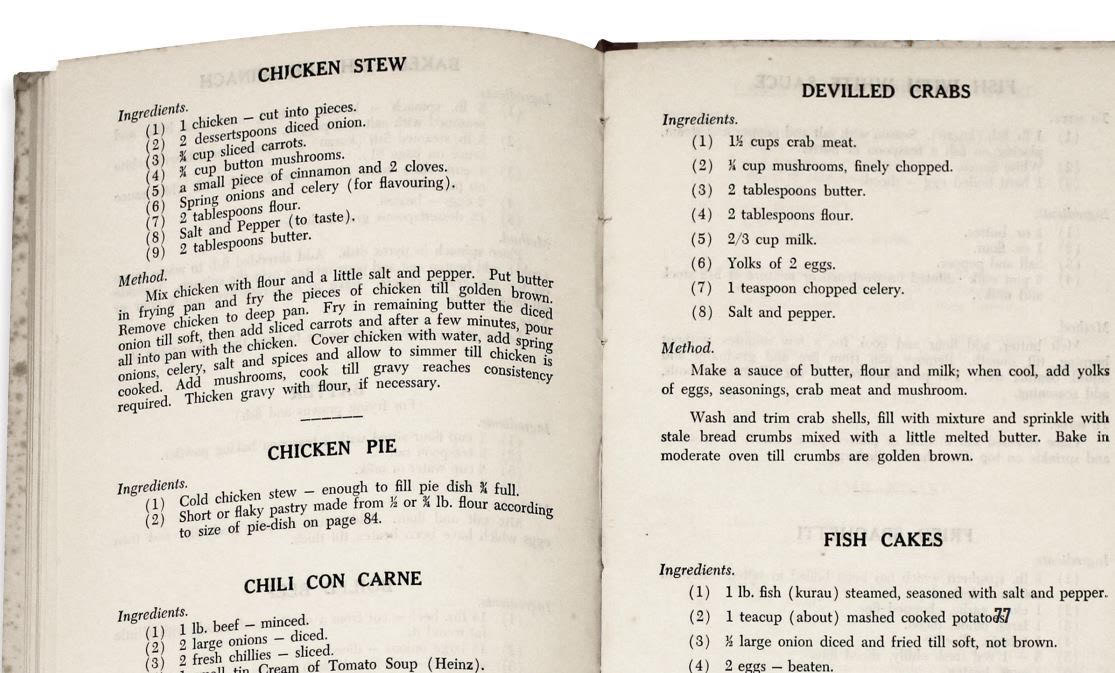 The inclusion of Indian, Malay, Chinese and Eurasian recipes reflected Singapore’s multicultural society. The book was an instant hit when it was first published in 1952. All rights reserved, Handy, E. (1952). My Favourite Recipes. Singapore: Malaya Publishing House.

The ingredients she used were commonly available and her instructions were explained simply. Apart from food preparation, Handy also provided helpful tips such as an explanation of the traditional cooking utensils used in Malayan kitchens, including the batu lesong (pestle and mortar), batu geling (grinding stone made of granite), parut (grater) and kwali (wok).10

My Favourite Recipes has endured the test of time, becoming the longest-selling local cookbook in Singapore.11 The book is considered by aficionados as the bible of Singaporean cooking and sparked a wave of local cookery books in Singapore.12

In the 1970s, Handy contributed to the Female Cookbook for eight years and said she considers those to be her better recipes.13 She also wrote another cookbook titled Eastern Exotica (1978), which is a selection of recipes taken from My Favourite Recipes.