A Magazine for the Straits Chinese 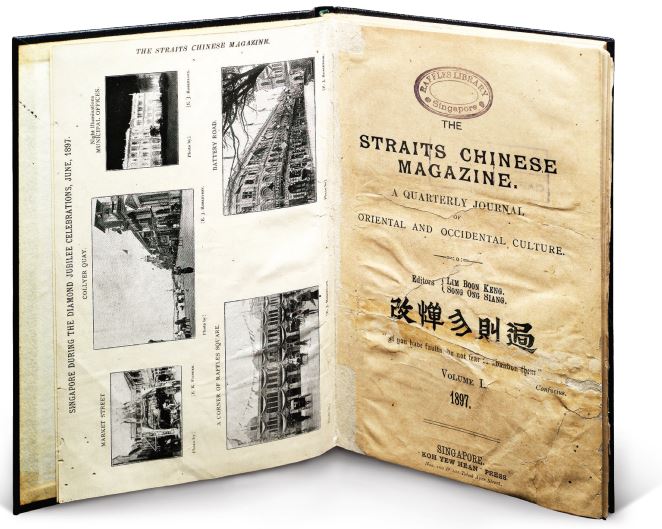 The title page of the first issue of The Straits Chinese Magazine dated March 1897, with the Raffles Library stamp. Image source: National Library Board, Singapore.

In the 1890s, a group of Peranakan (Straits-born Chinese) intellectuals decided to publish a magazine for the Straits community in Malaya.

With China in the throes of political change, the Straits Chinese in Malaya were politically and financially on the rise. The magazine’s editors, Lim Boon Keng and Song Ong Siang, were educated professionals and respected community leaders.1 Against this emerging backdrop, they sought not only to articulate a new definition of being Chinese in British Malaya, but also address the concerns of all who were Straits-born, including Malays, Eurasians and Indians. 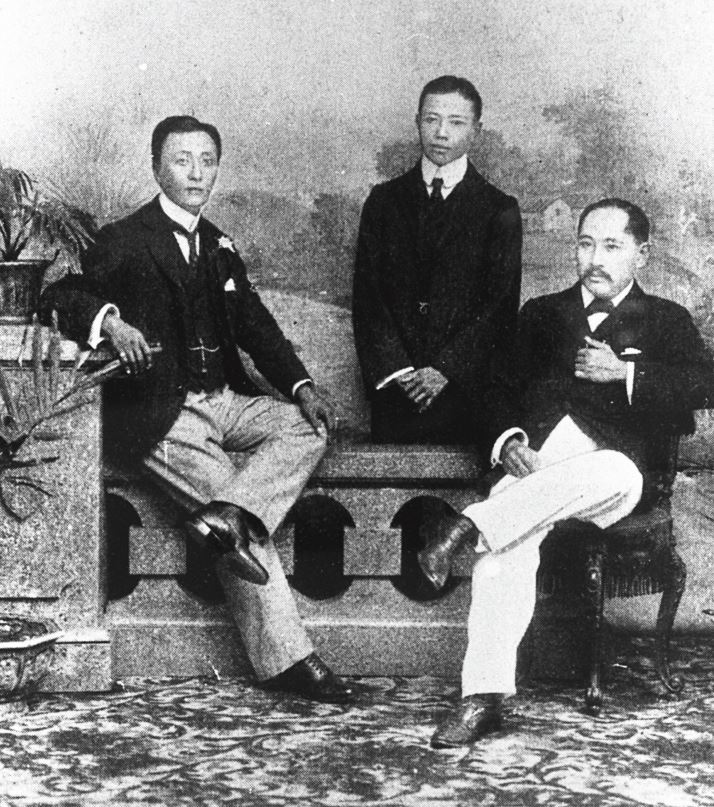 The editors of The Straits Chinese Magazine, Song Ong Siang (left) and Lim Boon Keng (right) were joined by Wu Lien-Teh (centre) in 1904. Courtesy of National Archives of Singapore.

Thus was born The Straits Chinese Magazine: A Quarterly Journal of Oriental and Occidental Culture. First published in March 1897, the magazine was in circulation for 11 years. As the first English magazine entirely edited and published by Malayans,2 it offered a rich collection of some of the earliest published local literary works and social commentaries by the Straits Chinese, with an aim to “promote intellectual activity amongst the Straits-born people”.3

Although the magazine was styled after similar journals by literary societies in London, its contents were influenced by a growing interest in Chinese culture – a response perhaps by the Chinese against a local press that was largely dominated by British journalists.4

The magazine’s writers and its audience were primarily the Peranakan community, localised Chinese who having resided in the Straits Settlements for several generations, had adopted indigenous practices such as speaking in Baba Malay and eating spicy food, but at the same time, equally at ease with English customs and Chinese culture. Many of the magazine’s writers were distinguished leaders in the community, like Tan Teck Soon, who was educated in Singapore and China, and well-regarded for his erudite talks on Chinese culture.5

The magazine was a resounding success with 800 copies of its inaugural issue selling out in March 1897. Subscriptions cost $1.50 a year, and by the turn of the 20th century, The Straits Chinese Magazine had achieved a wide circulation, both in Malaya as well as in “distant corners of the globe”.6 Subsequent issues featured regular columns in the form of letters from London, Java, Melaka and Penang. By 1904, the magazine was read in “quiet homes in England and America”,7 and was found in the collections of the Library of Congress in Washington DC and the École française d’Extrême-Orient (French School of Asian Studies), initially headquartered in Hanoi, Vietnam. 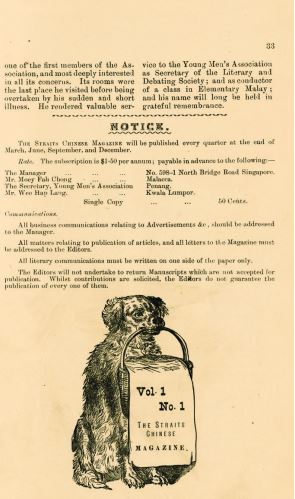 The magazine’s success could be attributed to many reasons – chief of which was the quality of its editors, who were not only bilingual but also bicultural, straddling and balancing both Western and Asian points of view.

The magazine’s content was also progressive for its time, with articles that addressed the need to educate not only Chinese males but also nonya or Straits Chinese women. Interestingly, while most articles were routinely penned by men, the eighth volume in 1904 featured the writings of several Chinese women.

More controversial was perhaps a six-part series initiated by Lim to encourage social reform in marriage, education and attire among the Chinese, in particular, the cutting of the towchang (or braided pigtail) worn by Chinese men during the Qing dynasty. Lim’s arguments against the pigtail led to polarising views among the local Chinese community – as it would in China almost 12 years later in 1911 when reformists and revolutionaries swept the land.

From its first issue in 1897 until the last in 1907, a total of 11 volumes were published, with four quarterly issues a year on topics such as business, current events, biography, literature and science. Some articles are accompanied by illustrations and photographs, while several include Chinese script, particularly when explaining Chinese literature, thought and culture.