The Koh Seow Chuan Collection at the National Library includes documents from the illustrious businessman Eu Tong Sen. Seow Peck Ngiam describes some of its highlights. 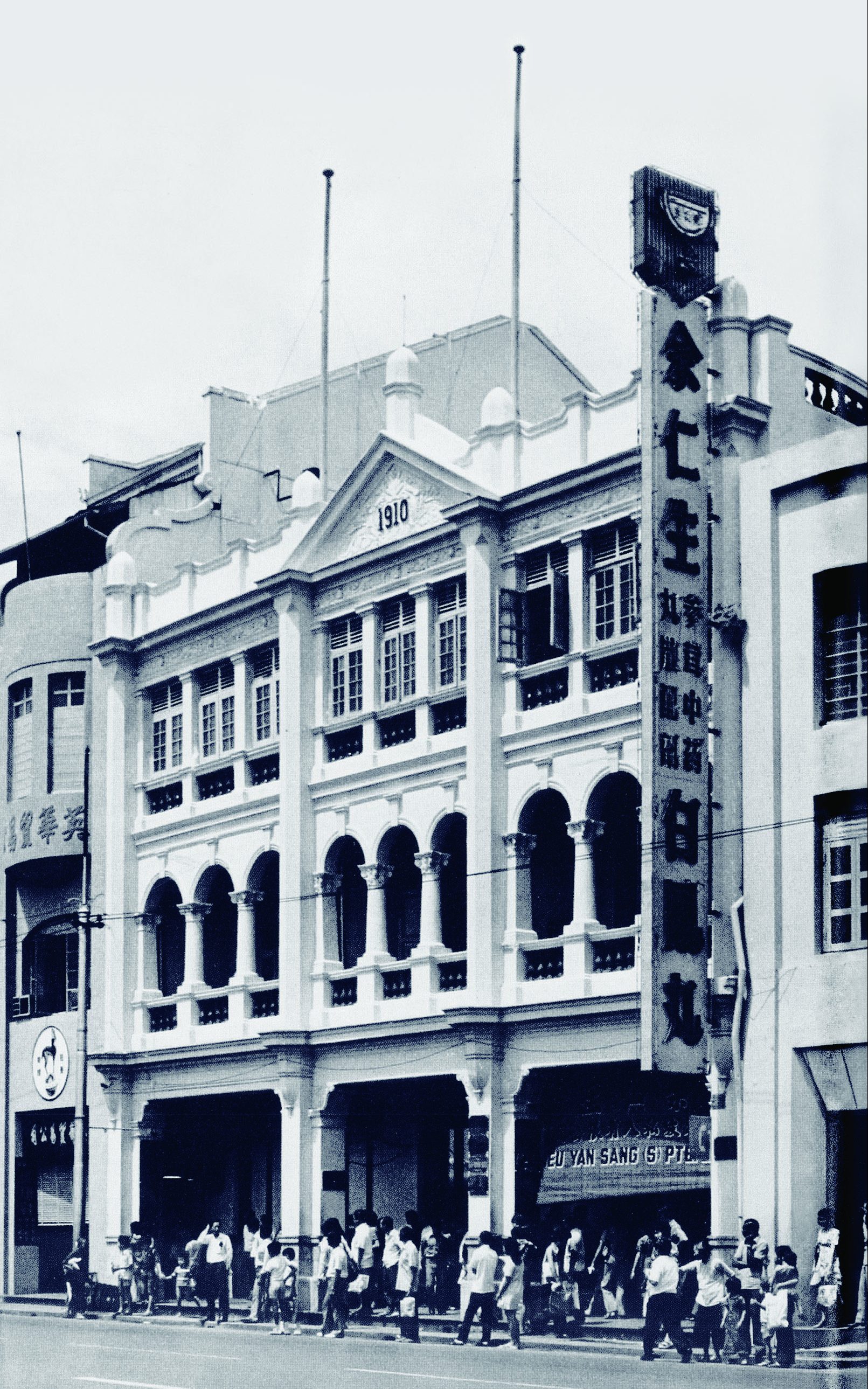 The Eu Yan Sang building along South Bridge Road houses the company’s headquarters. The first shop in Singapore on the ground floor of the building was opened by Eu Tong Sen in 1910. (位于桥南路的余仁生总部。设在一楼的新加坡首家店铺由余东旋于1910年开幕。) All rights reserved, Sharp, I. (2009). Path of the Righteous Crane: The Life and Legacy of Eu Tong Sen. Singapore: Landmark Books Pte Ltd.

Eu Yang Sang is a well-respected company that specialises in the manufacture and retail of traditional Chinese herbs and medicine. The company has an extensive network of outlets in Australia, China, Hong Kong, Macau, Malaysia and Singapore.1

The company has a history that stretches back to 1879 when its founder Eu Kong (also known as Eu Kwong Pai) established the first Eu Yan Sang shop in Gopeng, Perak. Just six years earlier in 1873, Eu had left his ancestral hometown of Foshan in Guangdong for Penang. After his textile dyeing and bakery businesses failed, Eu worked for a while as a debt collector for a grocery shop. In 1877, the family moved to Gopeng after the birth of his first son Eu Tong Sen.2

The first milestone was laid when Eu Kong opened the Yan Sang Medicine Shop (which means “caring for mankind” in Chinese) in Gopeng, selling traditional Chinese medicine to Chinese tin mine workers who were addicted to opium.3

In 1898, a new chapter began when Eu Tong Sen inherited his father’s business, which by then included tin mining as well as remittance and postal services. Under his leadership, the Chinese medicine business was expanded and renamed Eu Yan Sang to capitalise on the family name.4 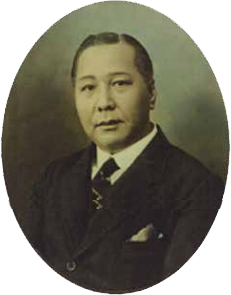 Eu Tong Sen in a portrait taken when he was in his 50s. (50余岁的余东旋肖像。) All rights reserved, Sharp, I. (2009). Path of the Righteous Crane: The Life and Legacy of Eu Tong Sen. Singapore: Landmark Books Pte Ltd.

Eu, who by then was known as the “King of Tin”, employed thousands of Chinese migrants in his tin mines, rubber estates, traditional medicine shops and property holdings.5 Many of his properties still stand in Singapore today and some have become landmarks, such as The Majestic6 (formerly Tien Yien Moi Toi, a venue for Cantonese opera) and the Yue Hwa Chinese Products building7 (formerly Nam Tin or Great Southern Hotel), both along Eu Tong Sen Street (see text box below). Eu’s remittance business – which also came under the Eu Yan Sang company – served the overseas Chinese communities in Singapore and Malaya. The company flourished, and by the end of 1920s, was recognised as one of the biggest remittance agencies in Southeast Asia.8

The National Library of Singapore has a collection of documents related to Eu Tong Sen and his company Eu Yan Sang. Donated by the architect and philanthropist Koh Seow Chuan, the collection includes payment acknowledgements, receipts, invoices, remittance notes, delivery notes, bills, notices and business correspondences dating from the early 20th century and issued by Eu Yan Sang branches in Singapore and Malaysia. There are also personal receipts and correspondences relating to Eu Tong Sen and his households in the collection.

The collection provides a glimpse into the history of prominent Chinese businessmen and serve as important primary sources in the study of Southeast Asian economic history, particularly the remittance industry and the economic relations between China and Southeast Asia in the 19th and early 20th centuries. Additionally, the documents also shed light on the social history of the Chinese diaspora in Southeast Asia and Singapore.

Here are some highlights of the collection.

THE STREET NAMED AFTER EU

There are two versions as to how Eu Tong Sen Street got its name. The obvious explanation is that the street was renamed after Eu in recognition of his contributions to the community. According to the more intriguing story, one of the troupe leaders of an opera theatre at the long-gone Wayang Street had offended Eu’s eighth wife, Wong Sui Chun. In a fit of anger, Eu bought up all the properties along Wayang Street and renamed the street after himself.19 Among the acquired properties were the two oldest and most renowned local opera theatres, Heng Wai Sun and Heng Seng Peng. Both specialised in Cantonese opera although the latter also staged Hokkien and Peking opera. In 1928, Eu commissioned the colonial architectural firm Swan & Maclaren to build another opera theatre called Tien Yien Moi Toi along the same street. Heng Seng Peng and Heng Wai Sun theatres have since been demolished but Tien Yien Moi Toi theatre still remains today. It was renamed Majestic Theatre in 1945 after the war, and in 2003, was converted into a shopping mall known as The Majestic.20 The building is presently leased to the Singapore Turf Club and is mostly used as a betting centre.21

Seow Peck Ngiam is a Senior Librarian at the National Library, Singapore. Her responsibilities include the selection of Chinese materials and donor collections for the library as well as the provision of reference and information services. The Chinese translation was edited by Vicky Gao, a Senior Librarian who specialises in China Studies at the National Library, Singapore.
萧碧莹是新加坡国家图书馆的高级图书馆员。负责范围包括华文馆藏采选、捐赠馆藏及为读者提供咨询服务。华文翻译由高小行编辑。她是国家图书馆高级参考馆员，中文学科馆员。
Back to Issue