Abigail Huang tracks the movement of the National Archives of Singapore, from its early days in the Raffles Museum and Library on Stamford Road to an old school building at the foot of Fort Canning.

The archives unit is set up as part of the Raffles Museum and Library on Stamford Road (today’s National Museum of Singapore). Its initial collection comprises 170 original volumes of 19th-century records from the library of the Colonial Secretary. This collection, later named the Straits Settlements Records, documents the history of British administration in Singapore, Penang and Malacca. 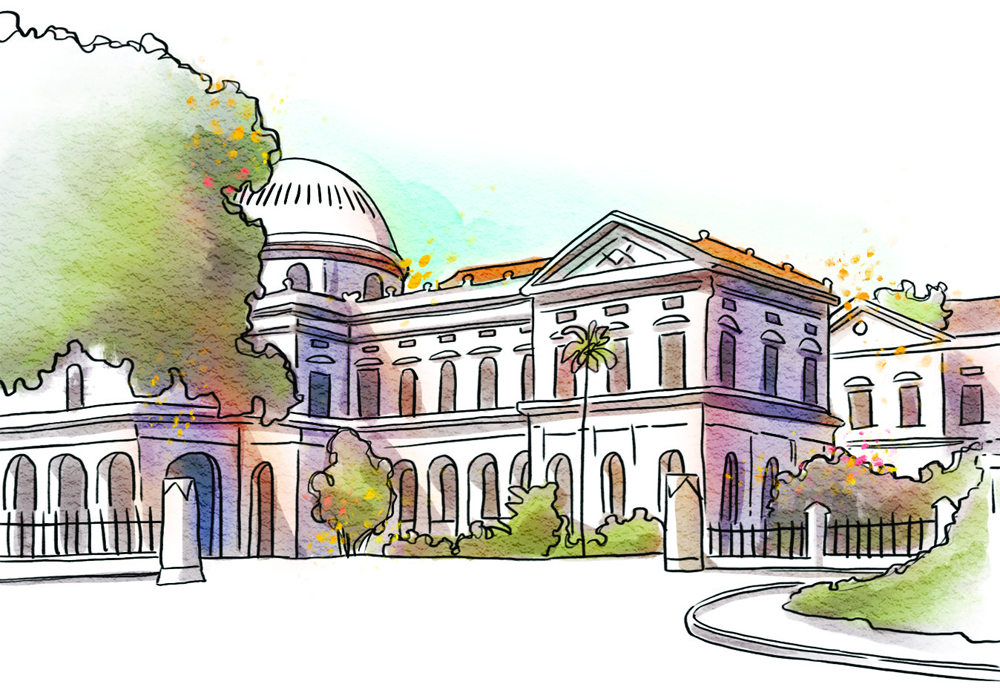 The Raffles Museum and Library on Stamford Road. 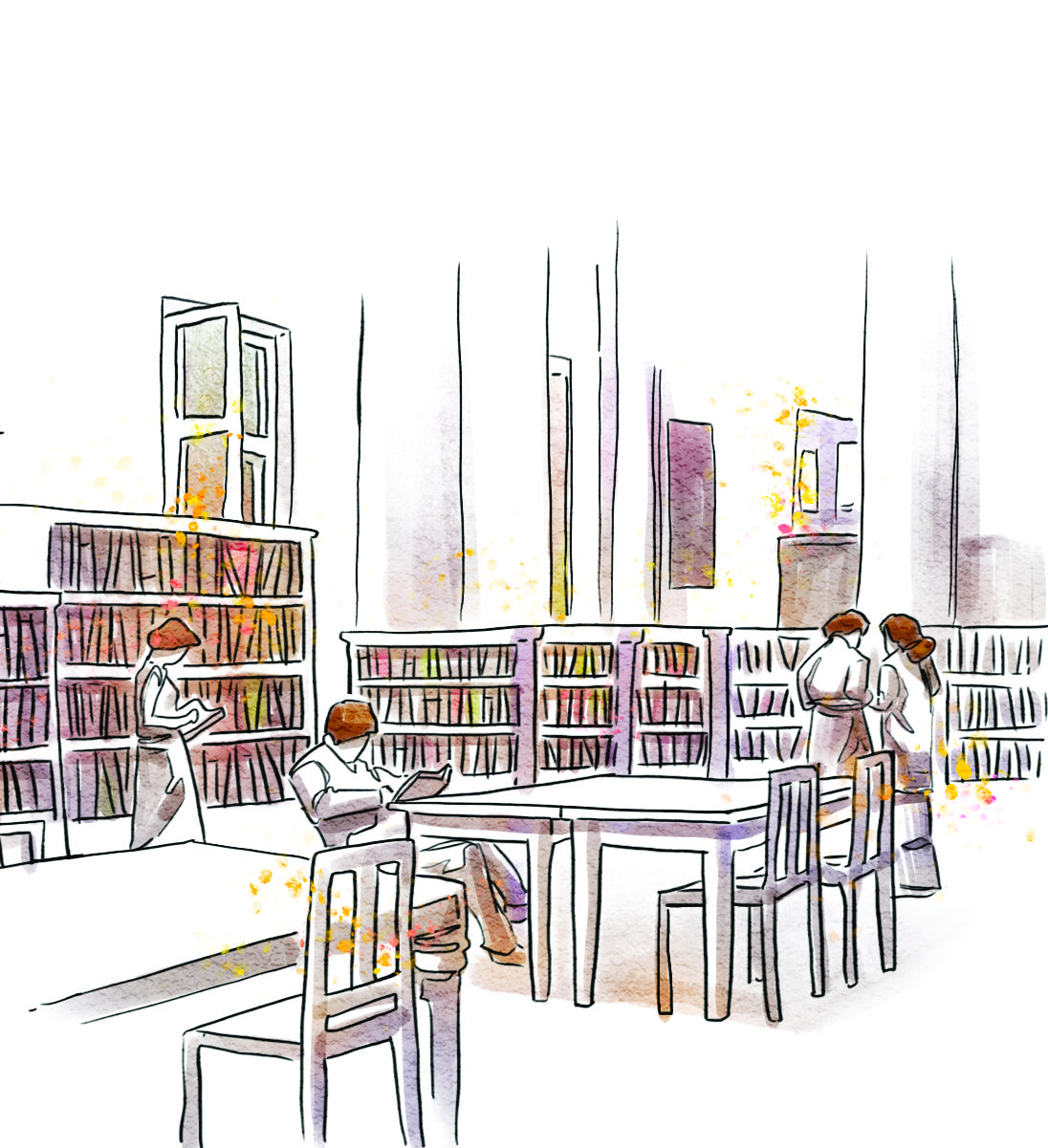 The reading room of the Raffles Library.

The Raffles Library is renamed Raffles National Library and tasked to “receive, preserve and administer the official archives”.

The Raffles National Library building on Stamford Road officially opens, and is renamed National Library barely three weeks later on 1 December 1960. The archives collection is housed in an “air-conditioned five-storeyed tower of stacks” alongside the library’s rare materials.

The National Library on Stamford Road.

The National Archives and Record Centre begins operations, taking over the management, custody and preservation of public archives and government records from the National Library. 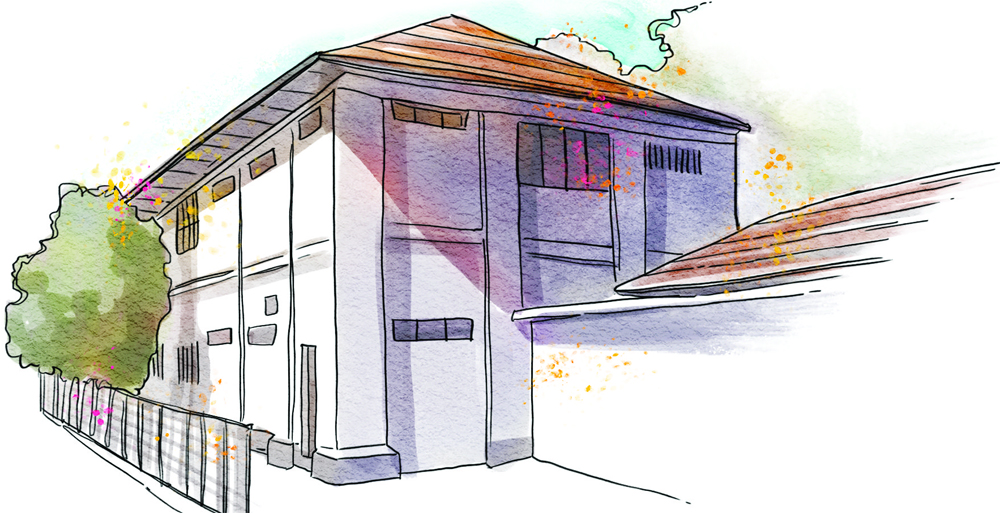 Due to space constraints at the National Archives and Records Centre, a new Records Centre opens at 45 Minden Road as a repository for government records that are deemed too valuable to be destroyed but not important enough to be kept at the Lewin Terrace site. 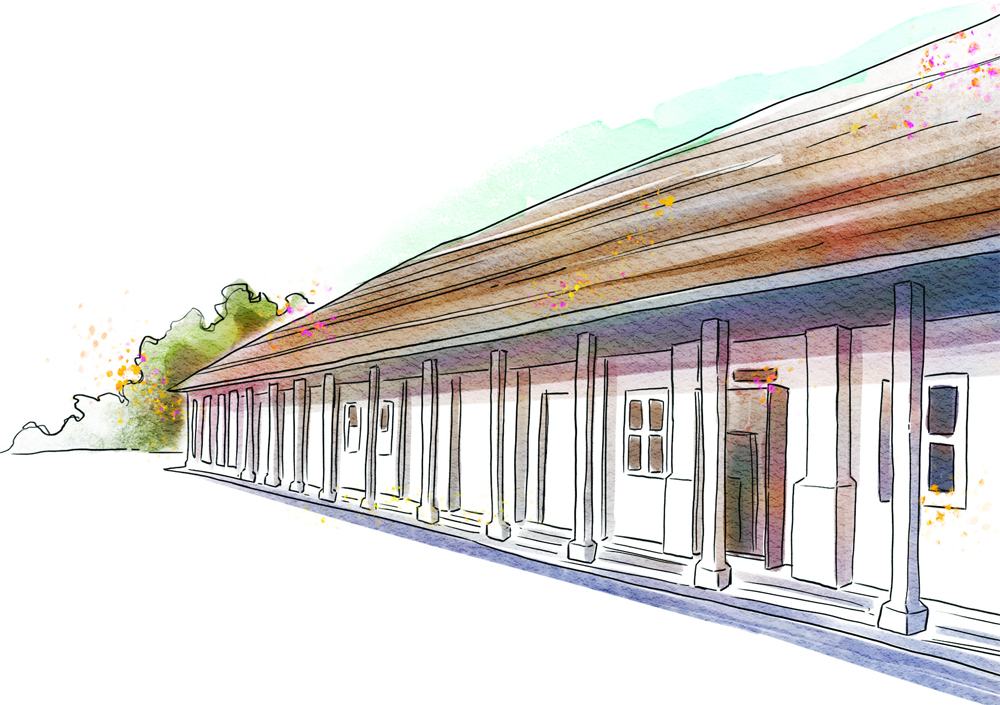 The National Archives and Records Centre obtains approval to move into the colonial-era Hill Street Police Station building, but would not make the physical relocation until 1984. In 1979, too, the Oral History Unit is set up as a department under the National Archives and Records Centre for the purpose of collecting and documenting the memories of people through oral history recordings.

The Archives and Oral History Department finally moves into the Old Hill Street Police Station – the police force vacated the building in 1980 but renovations are delayed – sharing the space with several government agencies. The new location has a bigger climate-controlled archival repository, a proper conservation and repair workshop, a microfilming lab, an exhibition space, a lecture hall and a public reference room. 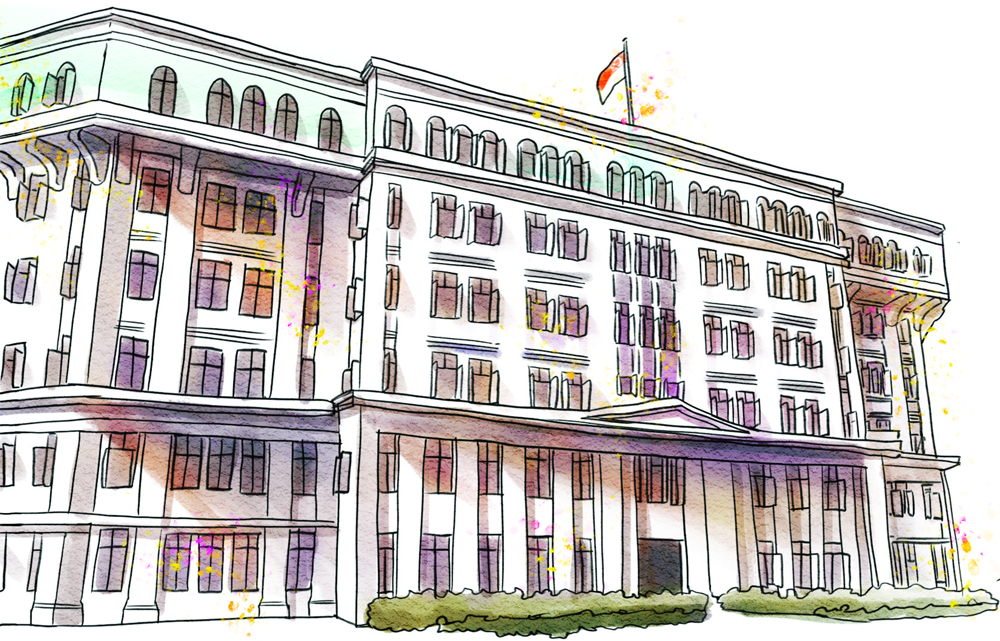 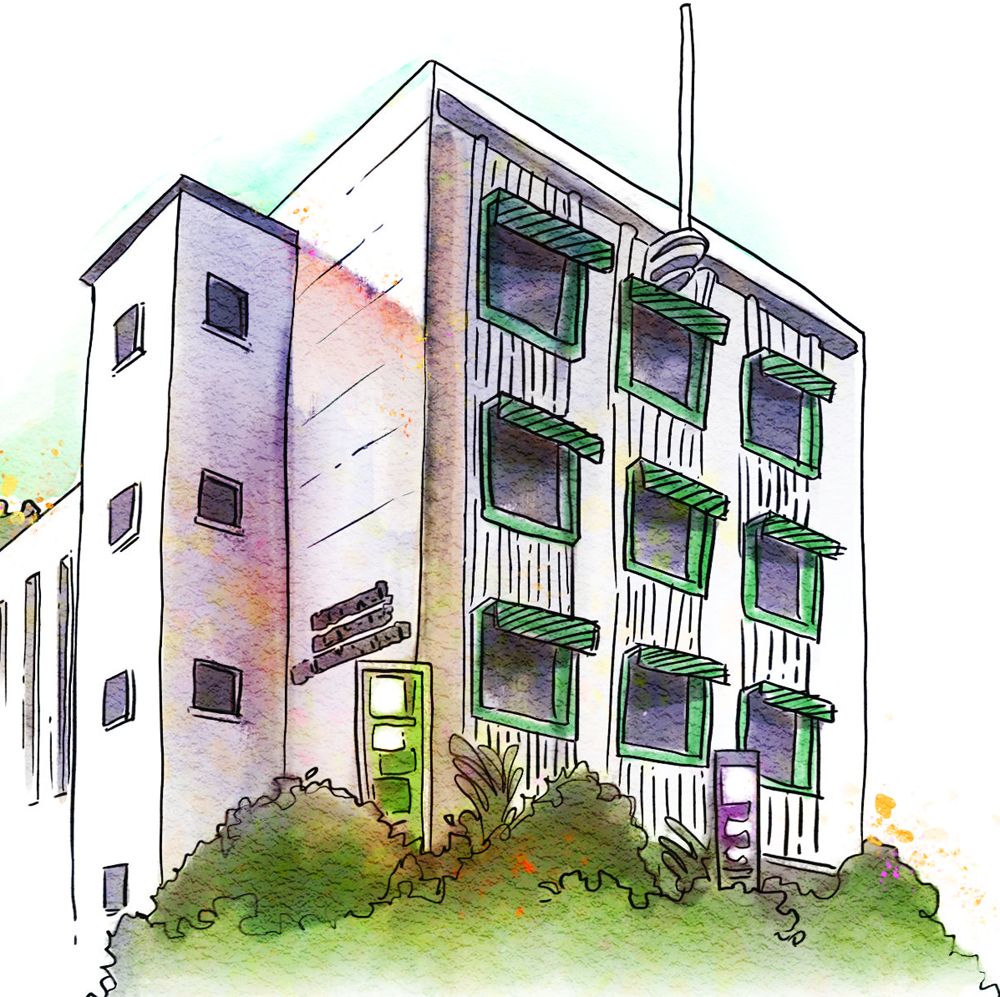 The NAS building at 1 Canning Rise showing the administrative block facade. The building is the former home of the Anglo-Chinese Primary School.

The NAS becomes an institution under the National Library Board.

The NAS building on Canning Rise is closed for major renovations, and archive services move temporarily to the National Library building on Victoria Street.

The refurbished NAS building at Canning Rise officially opens with upgraded facilities and equipment, and expanded public spaces, including a new theatre for the screening of Asian classics and films restored by the Asian Film Archive. Some of the design elements in the former building, such as the distinctive scalloped-roof shelter at the side of the administrative block, are reinstated during the renovations.

INTERPRETIVE CENTRES BY THE NATIONAL ARCHIEVES OF SINGAPORE

“Reflections at Bukit Chandu”, at 31K Pepys Road, was officially opened in February 2002. Launched to commemorate the 60th anniversary of the fall of Singapore, it honours the brave soldiers of the Malay Regiment in their heroic defence against Japanese enemy forces in one of the last battles before the fall of Singapore in February 1942. The National Heritage Board took over its management in 2012.

The “Memories at Old Ford Factory” exhibition gallery, at the Former Ford Factory at 351 Upper Bukit Timah Road, was opened in February 2006 to relive the dark days of the Japanese Occupation in Singapore between 1942 and 1945. This building, used as an assembly plant for the Ford Motor Company in 1941, was the site of the British surrender of Singapore to the Japanese. The exhibition was revamped and retitled in 2017 as “Surviving the Japanese Occupation: War and Its Legacies”. 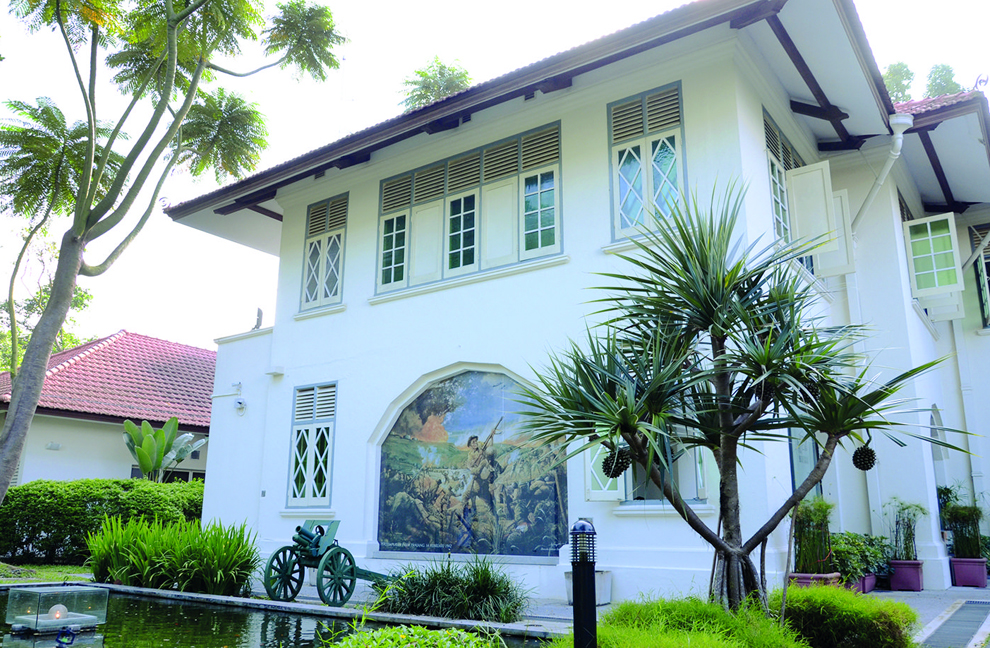 Reflections at Bukit Chandu on Pepys Road. Courtesy of National Archives of Singapore.

Abigail Huang is a Records Management Archivist with the National Archives of Singapore. She became interested in the history of the archives while doing her Master’s degree in Information Studies at the University of Texas in Austin.
Back to Issue