In this special issue, we look at the National Archives to understand its role in Singapore. We also explore its many riches, such as its extensive oral history collection. 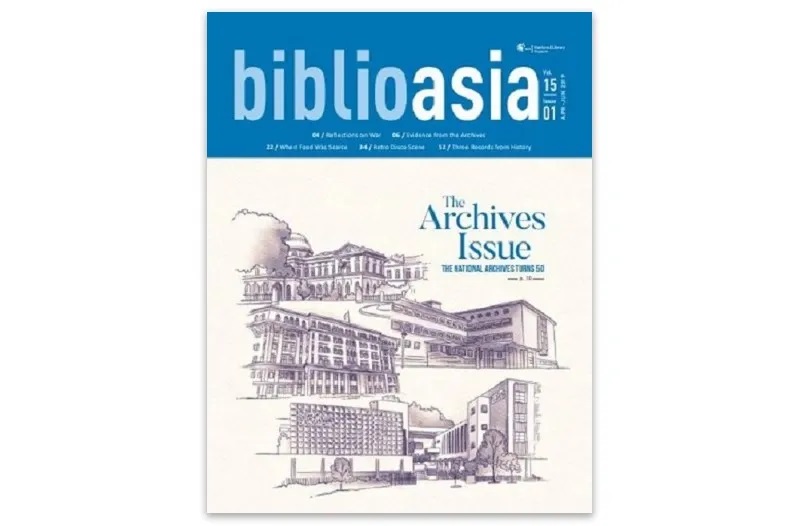 Looking Back, Looking Forward
Shashi Jayakumar examines the role of the National Archives as the official custodian of government records and the people’s collective memory. (PDF)

The Unresolved Past: Reflections on War and Memory
Why recall traumatic memories of war when it is painful for both perpetrators and victims? Kwok Kian Woon considers the stakes in remembering and understanding war experiences in times of relative peace. (PDF)

Encountering Evidence in the Archives (In Many Ways and of Many Things)
Who would have thought that obscure rainfall records from the 1960s would have a bearing on a landmark case before the International Court of Justice? Eric Chin explains the value of archival records in preserving and presenting evidence. (PDF)

Building History: From Stamford Road to Canning Rise
Abigail Huang tracks the movement of the National Archives of Singapore, from its early days in the Raffles Museum and Library on Stamford Road to an old school building at the foot of Fort Canning. (PDF)

Pioneers of the Archives
Fiona Tan tells us about the people who laid the bedrock of the National Archives of Singapore, along with details of how the institution has evolved since its inception in 1938. (PDF)

Wartime Virtuals: Surviving the Japanese Occupation
Desperate times call for desperate measures. Lee Geok Boi trawls the oral history collection of the National Archives to document how people coped with the precious little food they had during the war. (PDF)

The Way We Were: The MITA Collection 1949–1969
Photographs can capture subtext that is sometimes more evocative than the intended subject, as Gretchen Liu discovered when she explored the early work of the Photo Unit. (PDF)

When Disco Fever Raged
Pulsating music, strobe lights and postage-stamp dance floors packed with shimmying bodies. Tan Chui Chua gives you the lowdown on the history of the disco scene in Singapore. (PDF)

Researching S. Rajaratnam
Writing a biography can be tedious, painstaking work. But the effort can also be uplifting and inspirational, as Irene Ng discovered when she began researching the life of S. Rajaratnam. (PDF)

Stories of the Little People
Oral history is often considered as “little” – personal accounts of humble folk, as opposed to “big” or written history on serious topics. But “little” does not mean negligible or inferior, says Cheong Suk-Wai. (PDF)

Making History
A treaty that sealed Singapore’s fate, a contract for the sale of child brides, and a drawing of an iconic theatre are among the items showcased in a new book, 50 Records from History, published by the National Archives of Singapore. (PDF)

Feeding the Hungry: Children in Post-war Singapore
In the aftermath of the Japanese Occupation, the colonial government set up feeding centres to address malnutrition among children in Singapore. Cheryl-Ann Low has the details. (PDF)