Shashi Jayakumar examines the role of the National Archives as the official custodian of government records and the people’s collective memory. 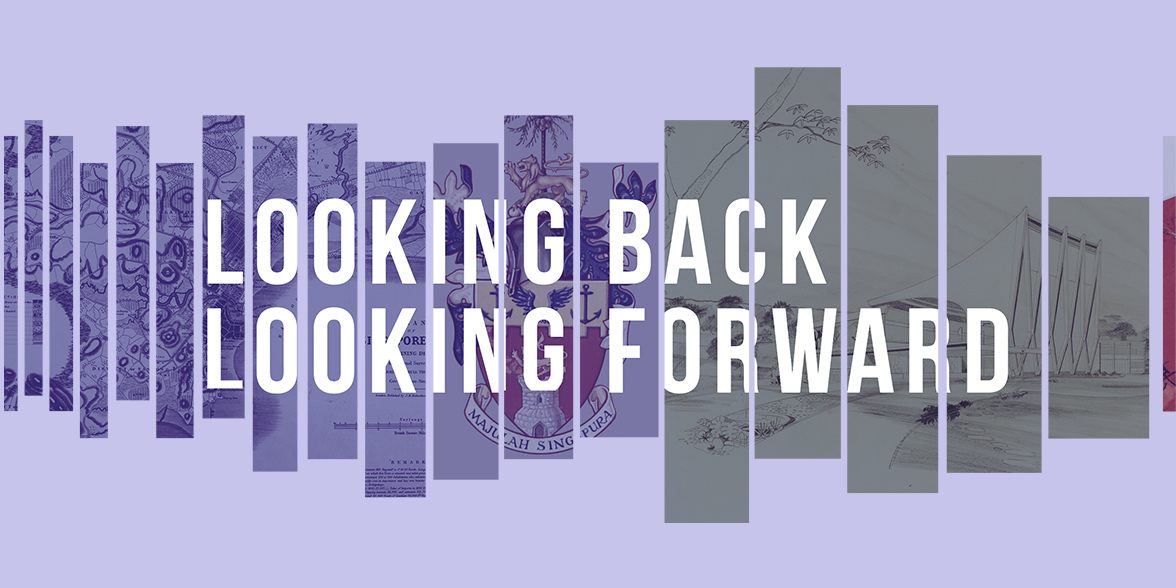 The National Archives of Singapore (NAS) celebrated its 50th anniversary in 2018. This, along with Singapore’s bicentennial this year, is an occasion to reflect on the past as well as the way forward.

The National Archives and Records Centre, as it was known in 1968 when it first began, was established as the custodian of the corporate and institutional memory of Singapore, a repository for records of national or historical significance – some of which date as far back as 1800.

When the Oral History Unit was set up as part of the archives in 1979 to record oral history interviews, the archives also became the repository for the memory of the people and Singapore’s historical patrimony. The first two oral history projects undertaken by the new unit were “Pioneers of Singapore” and “Political Developments in Singapore 1945–1965”.

Singapore’s coming of age as a nation has sparked interest in finding out about our past. There has been a surge in the number of requests for Singapore content at the archives. To tap this impulse, the NAS launched the Singapore Policy History Project (SPHP) in 2016. This microsite found on the Archives Online website presents the policy paths taken by the government, which are categorised according to themes. The SPHP site, which saw 30,000 visits in 2018, currently features 12 themes, ranging from “The Making of a Nation – Forging a Singapore Identity” to “Putting Singapore on the Tourist Map – Singapore’s Early Grand Prix”. There are plans to include more themes in the future.

The SPHP would not have happened without the potentially controversial declassification initiative undertaken by the NAS. Since the effort to encourage agencies to systematically declassify government files began in 2016, approximately 2,655 files from various agencies have been made publicly available on Archives Online.

The number of requests to access such government files, too, has almost quadrupled, from an average of three requests a month in 2015 to 11 in 2018. In response to the increasing demand, the average waiting time upon application to view such records has been reduced by 44 percent, from 62 days in 2015 to 35 days on average in 2018. Efforts are also underway to make the process of requesting records more user-friendly with an improved interface for researchers and members of the public.

Beyond these initiatives, it is important to examine how the NAS has engaged communities and people in recent years. More than 50 years have lapsed since Singapore’s independence, and we have to accept the fact that the pioneer generation who built the nation with their collective blood, sweat and tears – and lived through some of the most painful and turbulent times of our history – is passing from the scene. This is an incalculable loss. Thankfully, many of their stories have been captured in the archives or in oral history interviews. But it is impossible to know if everything that is worth remembering has been recorded for posterity.

It is partly to capture these memories before it is too late, and also to empower Singaporeans in the recording and kee­ping of these memories, that the NAS launched a community-driven oral history project on 15 June 2017. As part of the initiative, four Community Oral History Committees were created, comprising academics, businessmen, public servants, entrepreneurs and members of grassroots organisations from the Chinese, Malay, Indian and Eurasian communities.

These individuals – all volunteers – have been guiding NAS in terms of the areas to cover, identifying potential interviewees and helping to connect us to a network of new volunteers who can conduct oral history interviews and add to our ever-growing trove of memories. In the first 16 months after the launch, we trained 109 volunteers and collected over 60 interviews, totalling more than 160 hours.

The oral history stories are incredibly varied, reflective of the diverse range of experiences of the people of Singapore, and indicative too of what can be done when communities are empowered to share their personal memories. A story that has resonated with me is that of Eleanor Ballard, who was just 14 years old when she saved a young European girl from a frenzied mob during the Maria Hertogh riots in 1950. Another story is from the Tamil poet and writer K.T.M. Iqbal, a 2014 Cultural Medallion winner, who set up an informal Tamil library in a kampong in Bukit Purmei with his friends in the mid-1950s when he was a teenager. How many more heartwarming stories are out there that haven’t been told and, more importantly, recorded?

The NAS recognises that harnessing the energy, talent and time of individuals by crowdsourcing is key to finding answers to this question. One tried and tested method is the Citizen Archivist Project we started in 2016, an initiative that allows volunteers to annotate and caption thousands of unmarked photographs. The volunteers have also taken a crack at transcribing handwritten records that machines cannot faithfully decipher. The target was to transcribe one million documents by the end of our bicentennial year. Thus far, more than 30,000 pages have been transcribed, and another 1,800 old photographs captioned by a community of 450 (and growing) volunteers.

To create awareness among younger Singaporeans, our archivists have introduced upper secondary and junior college students to the rich content found in NAS’ collections. To encourage greater usage at the tertiary level, archivists have been invited to speak to history students about resources on Singapore that can support their learning and research needs. Our aim is to educate every young person – from the secondary school level onwards – on the wealth of patrimonial resources found in the archives. We think they will have use for such information at some point in their lives.

Technology has become indispensable in the internal operations of the NAS, and especially in our outreach initiatives so that we can connect with younger people. The NAS is progressively digitising its resources – including photographs, maps, audiovisual records and oral history interviews – and making them publicly available on Archives Online.

One noteworthy initiative is the Spatial Discovery Project, which comprises more than 3,000 online maps – digitised at high resolution – from the NAS and the National Library of Singapore. These geo-referenced maps allow users to explore and learn about the changing landscape of Singapore over time, and garnered over 60,000 page views by the end of 2018.

More recently, NAS launched an e-Request system that enables requests to be handled more efficiently online. In some cases, the enquirer will have immediate access to the materials requested and can obtain digital copies of the records if needed, unless the materials are categorised as “classified” or are not available for public use.

Other types of technological evolutions will be needed, and these will have to be made in parallel with a change in our mindsets as to how information is to be disseminated in an open society. While the NAS is generally viewed favourably as the guardian of Singapore’s administrative and oral patrimony, some still perceive the institution as being somewhat archaic and even unapproachable. This impression of the institution is unwarranted, and belies the unwavering passion and dedication of all the archives staff, many of whom I know personally.

The NAS must play the role of facilitator when attending to legitimate requests for information. In cases where records are restricted due to matters of national security or genuine sensitivity, archives staff should be able to articulate and explain the rationale to the public. At the same time, we hope that agencies that deposit their materials with us will realise that information flow is a two-way street: allowing access to government and administrative records not only helps researchers with their work, it also provides agencies with the opportunity to clarify potentially opaque or contentious issues and gain a better understanding of their own policy histories.

There is no better time to arrive at this consensus than during our bicentennial year as we look forward to the next lap of the NAS journey. 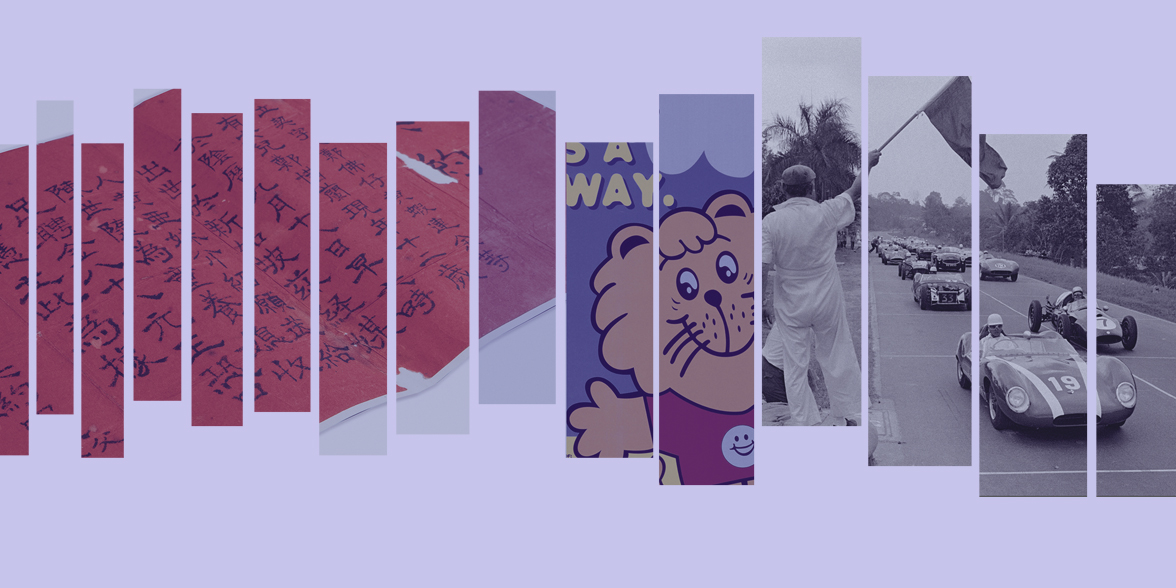 Dr Shashi Jayakumar is the Head of the Centre of Excellence for National Security at the S. Rajaratnam School of International Studies. He is also the Chairman of the National Archives Advisory Committee.
Back to Issue