Ramen Teh: Food, War and Memory

Eric Khoo tells us how the Japanese Occupation, ramen noodles and bak kut teh became the inspiration for his latest film. Lu Wenshi finds out more. 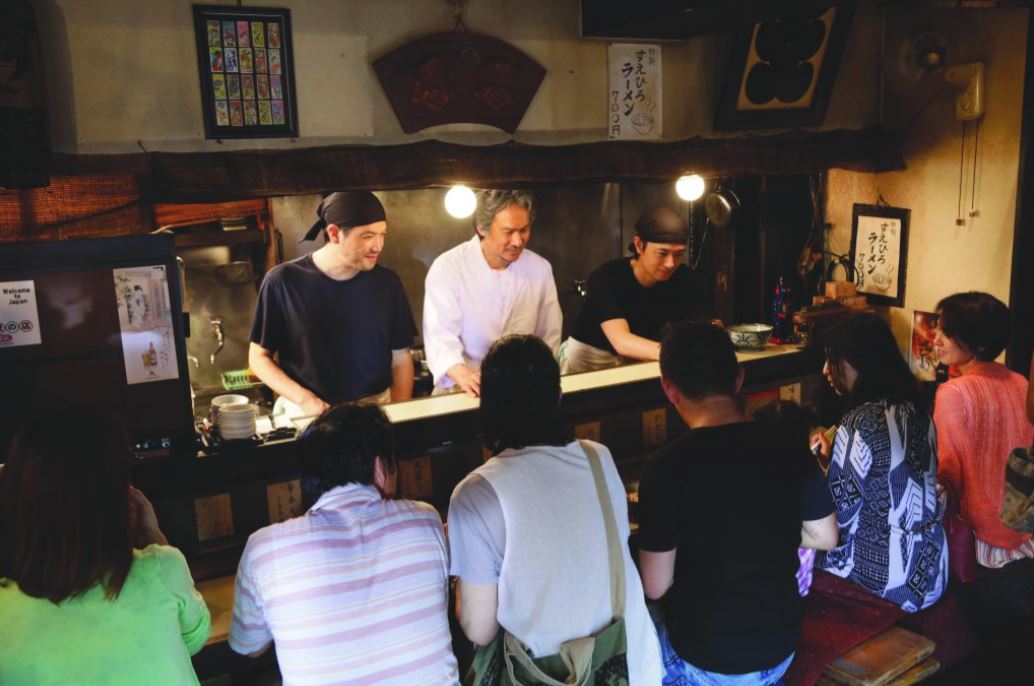 When acclaimed Singaporean film director Eric Khoo produced his latest film Ramen Teh, he was drawn to the historical materials and archival records on display at the exhibition – “Surviving the Japanese Occupation: War and its Legacies” – at the Former Ford Factory. It was a not a coincidence, therefore, when he decided to feature the World War II site in his film.

Ramen Teh tells the story of Masato (played by Takumi Saitoh), a young Japanese ramen chef, who travels to Singapore in a bid to find out more about his late Singaporean mother. Along the way, he discovers events in Singapore history that were unknown to him and, eventually, through food, is able to forge a bond with his new-found family.

In the film, Masato visits the exhibition to find out more about the Japanese Occupation in Singapore. The visit leaves a deep impression on Masato as he comes to learn about the horrific events that took place during this period in Singapore’s history. The former car factory in Bukit Timah was where British forces officially surrendered Singapore to the Japanese on 15 February 1942. What followed was three-and-a-half years of brutal Japanese rule when Singapore was renamed Syonan-to (“Light of the South”).

Ramen Teh premiered in local cinemas on 29 March 2018, and also stars Singaporean artistes Jeanette Aw as Masato’s mother and Mark Lee as his uncle, and Japanese pop singer Seiko Matsuda. In this interview with BiblioAsia, Eric Khoo shares his thoughts on the war and what drove him to produce this film. 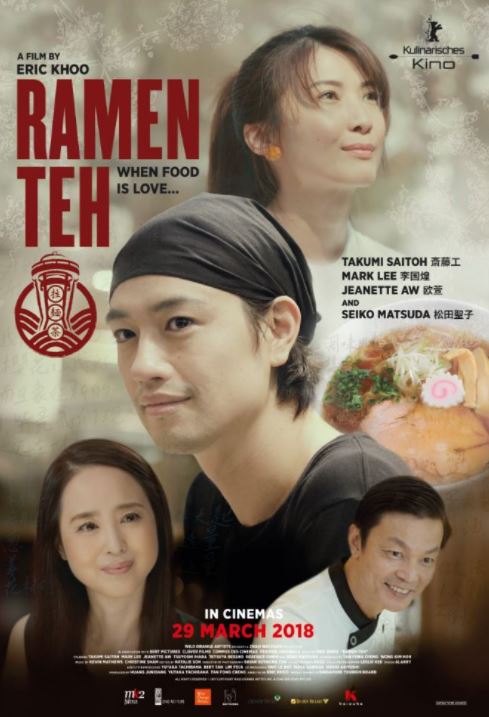 Ramen Teh premiered in Singapore cinemas on 29 March 2018. Courtesy of Zhao Wei FiIms.

Q: How was the story for Ramen Teh conceived, including the use of food as a central theme?

A: I’ve always believed that food is an integral part of Singapore’s cultural identity. In fact, food is a recurring theme in almost all of my movies. It has a universal emotional resonance that cuts across all cultures. Back in 2015, I was approached by Japanese producer, Yutaka Tachibana, to collaborate on this project, and I immediately said yes.

Singaporeans love Japanese food and the Japanese are also developing a taste for our cuisine, so it seemed logical to use food as the central theme to symbolise ties between Singapore and Japan. Our love for bak kut teh (“meat bone soup”) and ramen became the inspiration for the film, whose title combines the names of these two dishes. Once the theme was decided, the plot and characters just developed naturally.

Q: Why did you decide to include a World War II dimension to the plot?

A: The starting point is always the characters. As our main character Masato is of Japanese-Singaporean parentage, World War II naturally came into play when I decided to inject drama and conflict in the film. We wanted ultimately to show that Ramen Teh is a story of love and forgiveness. 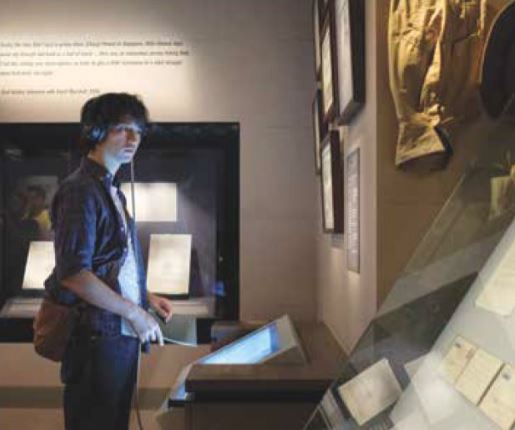 Masato discovering the diverse experiences and accounts of the people in Singapore during the Japanese Occupation at the exhibition in the Former Ford Factory. The film also features resources from the National Archives of Singapore. Courtesy of Zhao Wei FiIms.

Q: Why did you choose to film at Former Ford Factory when there are other war-related sites in Singapore?

A: I was overwhelmed by the building and the exhibition space when I visited the place. I knew I had to shoot a scene there as the displays were very engaging and the oral history interviews extremely moving. The lighting was perfect too.

Q: Can you share any anecdotes from the filming at the Former Ford Factory?

A: The Japanese production crew and actors were deeply moved by what they saw. The lead actor Takumi Saitoh, after his tour of the Former Ford Factory, came up to me, close to tears and said, “I am very sorry, I never knew all this happened”. The staff at the gallery were extremely knowledgeable and helpful, and that ensured our shoot went smoothly.

Q: Do you think there is a good understanding among today’s younger generation of what Singapore went through during World War II?

A: I think it is difficult for any generation to truly understand the experience of war when they have only known peacetime in their lives. Even more so when their parents or grandparents who lived through the war years have passed on. There is little motivation for subsequent generations to share the war stories of their forefathers, especially when some of these may be traumatic. Ramen Teh does provide an insight into the impact of World War II on modern times through the plot and characters – even though that was not my primary intention. 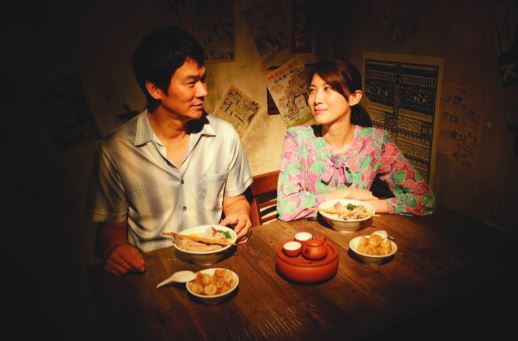 In a dream-like scene, Masato’s parents (played by Japanese actor Tsuyoshi Ihara and Singaporean actress Jeanette Aw) enjoy the ramen teh that Masato has prepared. Courtesy of Zhao Wei Films.

Q: Do you think that the legacy of World War II still shapes current-day Singapore and Japan?

A: This is a big question and I am not a historian! I think what is more important is for Singapore and Japan to learn from the lessons of war, and to appreciate that with love and friendship, so much more can be achieved from working together.

Q: What more can be done for a better understanding of World War II and its aftermath as those who lived through the war gradually pass on?

A: One approach can be through storytelling, in whatever artistic form it takes, for instance through movies, books, TV, theatre and music. If we can incorporate the lessons of war and its consequences into our psyche, I think there is greater resonance – especially for the younger generation.

The Former Ford Factory is located at 351 Upper Bukit Timah Road. Presented by the National Archives of Singapore, the exhibition “Surviving the Japanese Occupation: War and its Legacies” is open 9 am–5.30 pm from Mondays to Saturdays, and 12 pm–5.30 pm on Sundays. 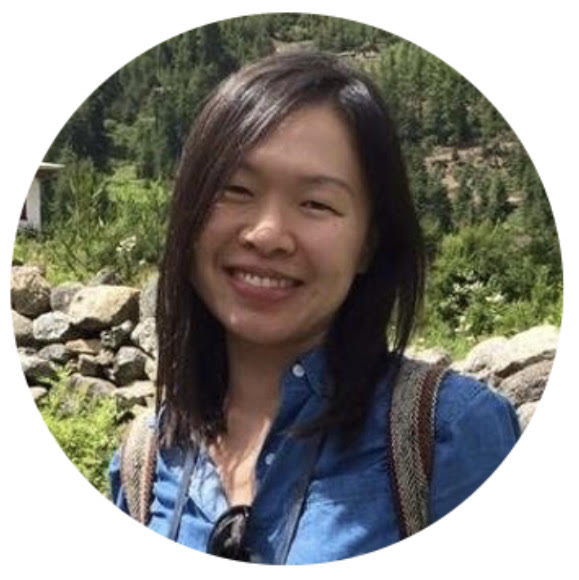 Lu Wenshi is Manager (Archives Services) with the National Archives of Singapore. She was involved in the revamp of the Former Ford Factory and managed its outreach programmes, including facilitating the shoot of Ramen Teh.
Back to Issue