The ubiquitous five-footway, a history of commercial photography in Singapore and the Hindu festival of dolls are some of the highlights of this issue. 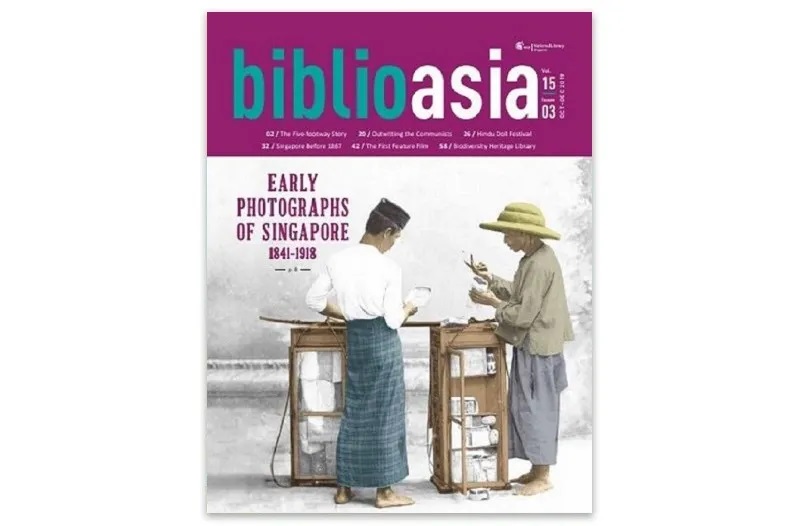 Give Me Shelter: The Five-footway Story
The five-footway – the equivalent of the modern-day pavement or sidewalk – was a hotly contested space in colonial Singapore. Fiona Lim recounts its colourful history. (PDF)

Daguerreotypes to Dry Plates: Photography in 19th-century Singapore
The oldest known photographs of Singapore were taken by Europeans in the early 1840s. Janice Loo charts the rise of commercial photography in the former British colony. (PDF)

Navaratri Golu: The Hindu Festival of Dolls
Celebrated by Hindus of South Indian origins, the Golu festival is a lively melange of colourful dolls, womenhood and spirituality. Anasuya Soundararajan shares with us its origins. (PDF)

The Making of Xin Ke (新客)
This 1927 silent Chinese movie is the first feature film to be made in Singapore and Malaya. Jocelyn Lau traces its genesis with researcher Toh Hun Ping and translation editor Lucien Low. (PDF)

Fleeing to Uncertainty: My Father’s Story
Barely 13 years old then, K. Ramakanthan and his family escaped with their lives from Perak to Johor during the Japanese Occupation. Aishwariyaa Ramakanthan recounts her father’s harrowing journey. (PDF)

Dieppe Barracks: “Our Little Kingdom” in Sembawang
Military camps and training areas comprise a significant portion of Singapore’s land use. What can a single camp tell us about Singapore’s geopolitical history? A lot, as it turns out, says Chua Jun Yan. (PDF)

Exploring an Artist’s Mind: The Tan Swie Hian Collection
What makes the difference between a good artist and a brilliant one? Goh Yu Mei delves into the books and artworks that have inspired a literary and artistic genius. (PDF)