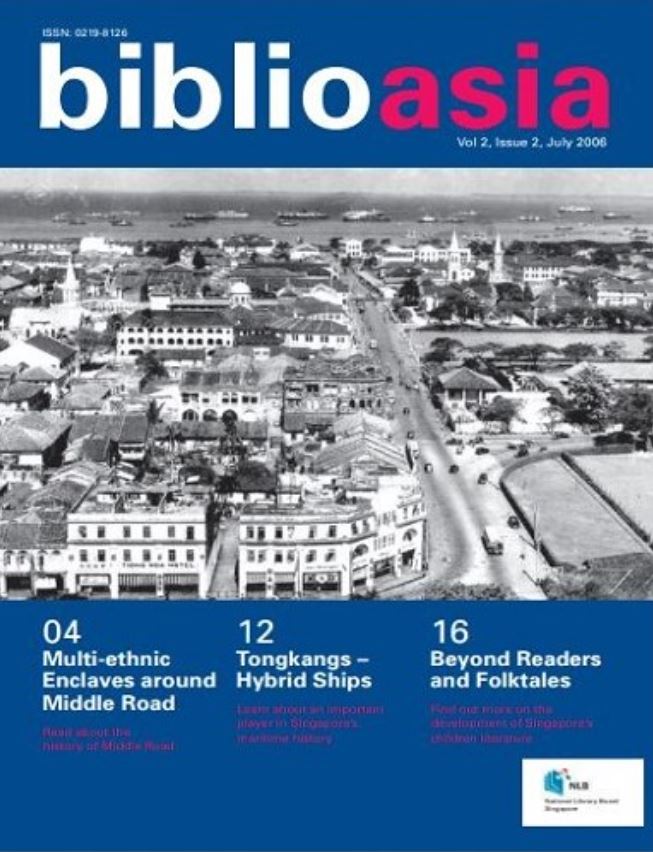 Multi-ethnic Enclaves Around Middle Road: An Examination of Early Urban Settlement in Singapore
Philip Jackson’s Plan of the Town of Singapore (1822) dictated the layout and structure of the town, and also designated special areas for the various ethnic groups that had settled in Singapore.(PDF)

Tongkangs: Hybrid Ships in a Moment of Singapore’s Maritime History
The history of the tongkang industry in Singapore began with the arrival of Stamford Raffles in 1819. With the establishment of the island as a trading centre, merchants from around the region and beyond began flocking here. Tongkangs were the chief means of sea transport, carrying men and goods between South China and Nanyang. (PDF)

Fostering an Inventive Spirit in the City-State
“Invention is the first occurrence of an idea for a new product or process, while innovation is the first attempt to carry it out into practice…”. Invention stems from vision, and vision is followed by motivation, which encourages invention. (PDF)

Marching Through the Decades: Singapore on Parade, an Online Exhibition
On 9 August every year, Singaporeans look forward to the National Day Parade to celebrate Singapore’s independence. The “Singapore on Parade” online exhibition aims to recapture the fine moments and grandeur of grand parades held in Singapore from colonial to modern times. (PDF)