To mark its centenary, a Chinese clan association recently donated its archives of heritage documents to the National Library. Jessie Yak shares highlights from the collection. 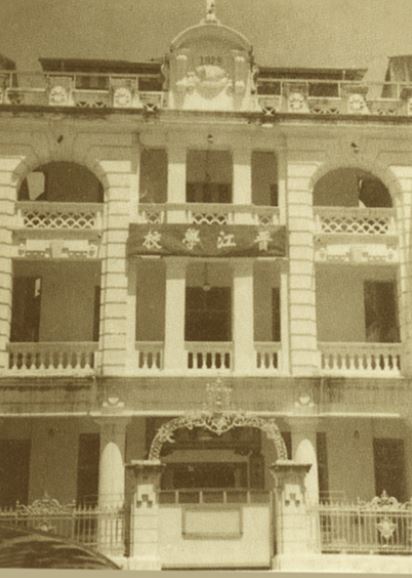 To commemorate its 100th anniversary, the Singapore Chin Kang Huay Kuan (新加坡晋江会馆) signed an agreement with the National Library Board on 14 November 2018 to donate its collection of more than 600 heritage materials – the oldest of which dates back to the 1930s – for preservation and research.

The Singapore Chin Kang Huay Kuan was founded in 1918 for male immigrants from the Jinjiang (晋江; Chin Kang) county of Fujian province, China. Built in 1928, the clan association building on Bukit Pasoh Road once housed the headquarters of the Overseas Chinese Mobilisation Council, which was formed in 1941 to defend Singapore against the Japanese. The premises also served as a bomb shelter for residents living nearby during Japanese air raids in the early days of the war. During the Japanese Occupation of Singapore (1942–45), the building was turned into a “comfort house”, possibly as an act of retaliation against the Chinese resistance movement. When the war ended in 1945, the association reclaimed the building.

As the Japanese had destroyed almost everything within, including its registry of members, the association issued a notice in October 1945 urging members to re-register. After the building was refurbished and the re-registration of members completed in early 1946, the association held its first general meeting in June that year. It was at this meeting that a landmark amendment to its constitution was passed: the association would henceforth allow women into its membership ranks, breaking with the long-held practice of admitting only men as members.

Another change in 1946 was the establishment of a Relief Section to provide members with better benefits and support, such as helping with weddings and funerals, both in cash and in kind. To reach out to the wider community the following year, the association set up the Chin Kang School within its premises. The school provided education for children and teens – irrespective of their dialect group – who had their studies disrupted by the war. It closed down in 1975.

Over the decades, the clan association has steadfastly archived various materials documenting its major milestones in history, including the original membership re-registration notice, minutes of meetings and various drafts of the amended constitution. These items donated to the National Library Board will serve as useful primary documents on the history of the Chinese diaspora in Singapore and Southeast Asia. Materials from Chin Kang School will also enhance understanding of the early education scene in Singapore when vernacular schools operated before education became regulated by the government.

The Chin Kang Huay Kuan Collection is in the process of being indexed and catalogued, and will be housed at the National Library Building on Victoria Street. 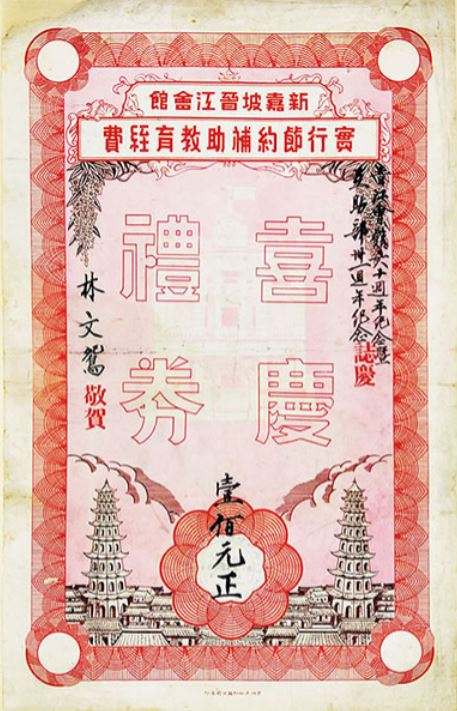 Chin Kang School had been selffunded since its founding in 1947, and received government aid only from 1956 onwards. As it was a struggle to operate the school with just its allotted funds, the association sold vouchers, such as the one featured here, to raise funds at various functions. The donor’s name and amount donated would be written on the voucher and displayed prominently at the event. Imprinted on the voucher is a phrase that reads “practise frugality so that you can help educate a child”. All rights reserved, Chin Kang Huay Kuan Collection, National Library Board Singapore, 2018. 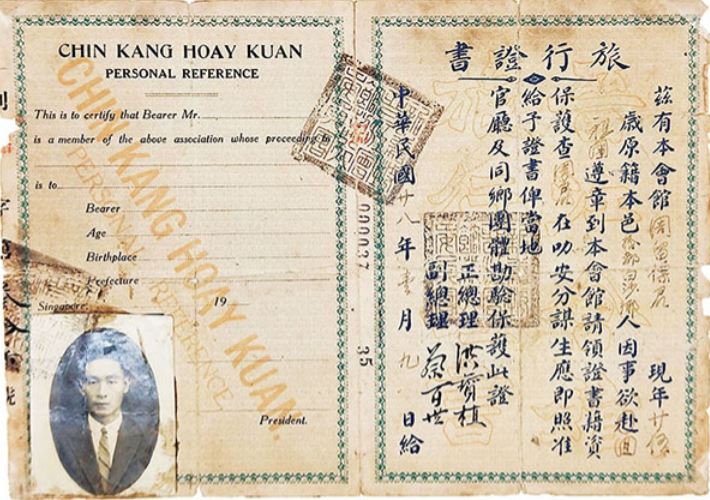 Before passports were widely used for overseas travel, a member could ask the association to issue a “Personal Reference” document that acknowledged his membership, verified his identity as well as requested protection from government officials and clansmen when overseas. All rights reserved, Chin Kang Huay Kuan Collection, National Library Board Singapore, 2018. 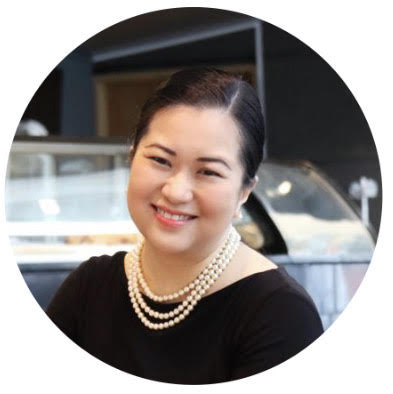 Jessie Yak is a Reference Librarian with the Rare Collections team at the National Library, Singapore. She majored in Chinese language and literature at Beijing University and furthered her studies at the University of Cambridge. Jessie is interested in Chinese literature, the Chinese diaspora and the print culture of East Asia.
Back to Issue