Theemithi: A Look at the Full Cycle of Rituals Behind the Festival of Firewalking

Chinese bookstore Union Book has seen many changes over the last seven decades. (Left) In 1952, Union Press set up an office on the second floor of International Bookstore opposite Clifford Pier in Singapore. Courtesy of Union Book.
(Right) Union Book on the third floor of Bras Basah Complex, 2022. Courtesy of Jimmy Yap.

It has been seven decades since the Hong Kong publisher Union Press (友联出版社) set up an office on the second floor of International Bookstore (国际书店), opposite Clifford Pier, in Singapore in 1952.

Union Press was established in Hong Kong the year before. Its founders had fled the outbreak of the civil war in China between the Kuomintang and the Chinese Communist Party. In 1952, they began publishing Chinese Student Weekly (中国学生週报) with editions produced for Singapore/Malaya, Indonesia, Thailand, Myanmar and Vietnam.

To facilitate the distribution of the Singapore/Malayan edition of Chinese Student Weekly, Union Press set up an office in Singapore in 1956 called Union Book (友联书局). And although Union Book was mainly a publisher of books and newspapers, it also had a retail storefront.

In the 1950s, left-wing influence was strong in Singapore and bookstores that sold publications from mainland China – such as Zhonghua Book Company, The Commercial Press and Shanghai Bookstore Publishing House – were immensely popular. However, Union Book was able to carve a niche for itself because Nanyang University (which had been founded around the same time as Union Book) favoured reading materials from Taiwan. According to retired employee Cai Mingying (蔡明英), who joined Union Book in 1966, the store was always packed on weekends. Most of its customers were Nanyang University students who needed to buy reference books.

Besides selling books, Union Press also produced teaching materials and published magazines. Its most notable publication was the literary magazine Chao Foon (蕉风), which was first published in Singapore in 1955 (the magazine’s headquarters moved to Kuala Lumpur in 1959). Chao Foon had a profound impact on literature in Singapore and Malaysia, and continues to be influential today. In the last few years, two books that explore its importance to the local literary scene have been published. In 2021, Lim Choon Bee (林春美) wrote Chao Foon and the Non-leftist Mahua Literature (蕉风与非左翼的马华文学),1 while Cold War, Localisation and Modernity (冷战、本土化与现代性), which was edited by Tee Kim Tong (张锦忠), Ng Kim Chew (黄锦树) and Lee Soo Chee (李树枝), was published in 2022. A compilation of essays on Chao Foon titled Banana, Coconuts and Hornbill (蕉风·椰雨·犀鸟声), edited by three Japanese researchers, was also published at around the same time. The commemorative book published in conjunction with Union Book’s 70th anniversary in 2022. Courtesy of Union Book.

Zhong has always been interested in the history of Chinese bookstores in Singapore. She drafted a dissertation proposal on this topic 10 years ago, but her PhD plans were put on hold when she moved to Hong Kong. When the opportunity came up to commemorate Union Press’s 70th anniversary, Zhong was invited to work on the book.

She soon realised, however, that there were numerous challenges. Information about the bookstore was sparse and many of its key figures, including former managing director Chow Li Liang (周立良) and former vice-chairman Yu Dekuan (馀德宽), had passed on. But Zhong was able to interview other people, like former general manager Wang Jianwu (王健武), and Xi Huizhang (奚会暲), the former president of Chinese Student Weekly. Unfortunately, some things they brought up could not be verified and had to be left out of the book. 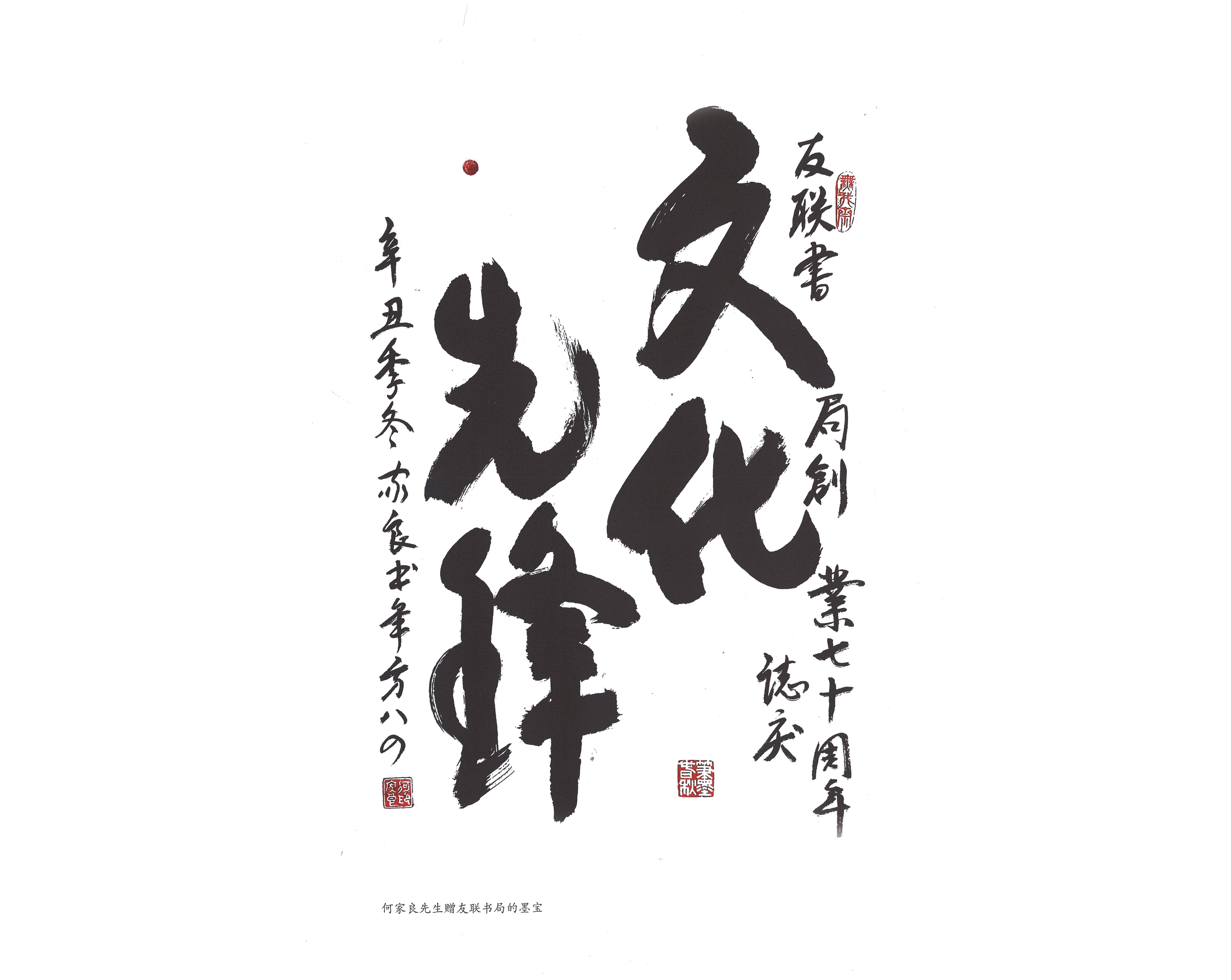 Support from the United States

The Union Press in Hong Kong received funding from the Asia Foundation,2 making it part of the United States’ anti-communist efforts. However, because it was a bookstore that stocked literary books, many academics referred to the store as a “third force” that was not heavily influenced by politics.

The fact that the bookstore accepted financial support from the US for publications like Chinese Student Weekly made it a target of criticism though. From her interviews, Zhong learned that while many youths purchased books from Union Book out of necessity, they personally preferred to visit the local left-wing bookstores. “Some of the older interviewees told me that they would try to steer clear of Union Book because ‘progressive students’ at the time saw a visit to Union Book as something disgraceful.”

Zhong believes that Cold War sensitivities could be a reason why Union Book did not retain many documents from that period compared to other local bookstores. In addition, most people who were involved chose to avoid talking about these issues, which made Zhong’s work even more challenging.

However, she does not feel that Union Book was too political, which she attributed to the fact that the people in charge of the bookstore were more akin to scholars than warriors. This group of intellectuals included Chow Li Liang, whom many interviewees described as a refined gentleman. Margaret Ma, the current managing director at Union Book who had worked with Chow, described him as a businessman with Confucian values.

At the book launch, Zhong mentioned that when she interviewed the US-based Xi Huizhang, the latter suggested that she speak with Professor Yu Ying-Shih (余英时) as he had been the editor-in-chief of Chinese Student Weekly. However, just 10 minutes after her conversation with Xi, Zhong received a notification on her phone that Professor Yu had just died.

“Life is unpredictable,” Zhong mulled. “Just like that, I missed the chance to interview Professor Yu. I missed the opportunity to find out about the connection between him and Union Book. This is a great regret.” Nonetheless, she still believes that it is not too late to do more research and she plans to conduct a more in-depth study in the future.

The Bookstore and the Historical Context

Zhong believes that the history of the bookstore mirrors the larger historical context. The evolution of Union Book – from being strongly right wing in the 1950s and 1960s, to being much less ideological in the 1970s, before eventually becoming non-ideological – was closely related to the development of Singapore society. However, the commemorative publication does not delve into ideological issues in the store’s history as Zhong believes that such a discussion might not be fair to the Union Book of today. Management and staff of Union Book at 303 North Bridge Road during its official opening, 1968. Courtesy of Union Book.

At the book launch, Zhong talked about the joys and challenges of research, while Lee Huay Leng (李慧玲), the editor-in-chief of the Chinese Media Group at SPH Media Limited, discussed the relationship between Union Book and the Chinese reading ecosystem in Singapore. Others who spoke at the event included retired employee Cai Mingying; Yu Hailin (馀海琳), the daughter of Yu Dekuan; Singaporean writer You Jin (尤今); and Tan Chee Lay (陈志锐), the deputy head of Asian Languages & Cultures at the National Institute of Education. 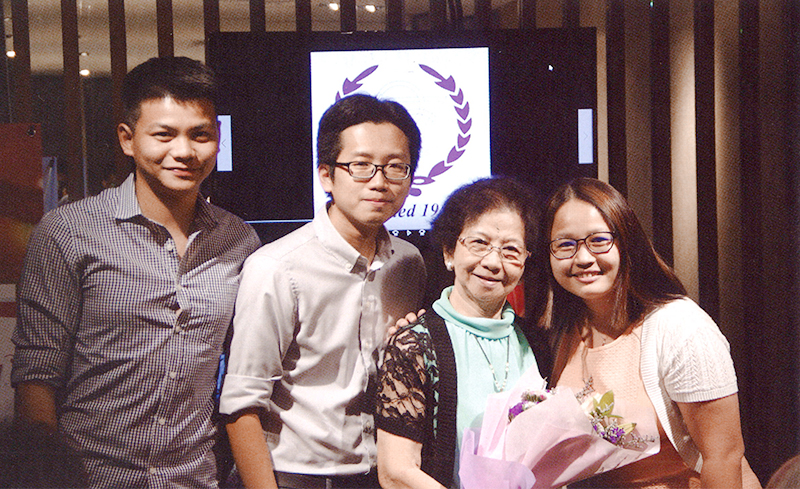 Cai Mingying (holding bouquet) with staff of Union Book at the at bookstore’s 65th anniversary dinner in 2017. Courtesy of Union Book.

Zhong divided the history of Union Book into three phases. The first phase, from 1952 to 1977, was when Union Book maintained close ties with Union Press, its parent company in Hong Kong. Phase two, from 1977 to 2005, covers the period when Chow Li Liang took over the helm of the bookstore. Chow bought over all the shares of Union Book from Union Press in 1996, making that year an important watershed. From then on, Union Book was officially separated from Union Press and became a fully independent entity. The last phase began in 2005 when Margaret Ma took over the running of the bookstore. Chow Li Liang in the Union Book office in Bras Basah Complex, 2012. He was the managing director from 1977 to 2005. Courtesy of Union Book.

The Union Book of today is very different from its predecessor. While the bookstore used to be known for its Taiwanese books, these days, the bookstore also sells books from mainland China, Hong Kong, Malaysia and Singapore.

The new generation of employees at the bookstore include Yap Chia Wei (叶家维), who has been working in the store and purchasing books for Union Book for 17 years, as well as newer staff such as Wu Wangyuan (吴王原) and Loke Kwan Howe (陆冠豪).

In addition to selling books and attending to walk-in customers, the staff take turns to host live streams every Friday to share new books and engage in storytelling for younger viewers. They have also created a brand-new programme titled Children’s Paradise.

Other than curating books, Union Book has also been creating engaging supplementary materials, such as maps and timelines, that complement a particular book. Through these efforts, the staff hope to provide different reading experiences for young readers. “Today, running a bookstore means providing services,” noted Yap.

Bookselling has changed in other ways as well. In 1995, when Ma joined Union Book, she single-handedly sold $600,000 worth of books. These days, the bookstore would be lucky if its entire annual revenue hits this number. “That was really an age of reading,” marvelled Loke. “Seeing these numbers definitely piled on the stress.” The Uniqueness of Union Book

Union Book moved into its current location on the third floor of Bras Basah Complex in 1981, one floor above Daren Restaurant (大人餐厅). Chow Li Liang was also one of the shareholders of the restaurant. Because of its proximity to the bookstore and the link with Chow, the restaurant became part of the Union Book experience. Ma recalled that when she was working for Chow, the two of them would often have zhajiang noodles (炸酱麵) at the restaurant. Many Chinese literary groups and intellectuals also enjoyed meeting at the restaurant in its heyday. According to Ma, they had originally planned to build a staircase to connect the restaurant and the bookstore but were unable to convince the authorities to do so. (Daren Restaurant eventually shuttered in 1998.) 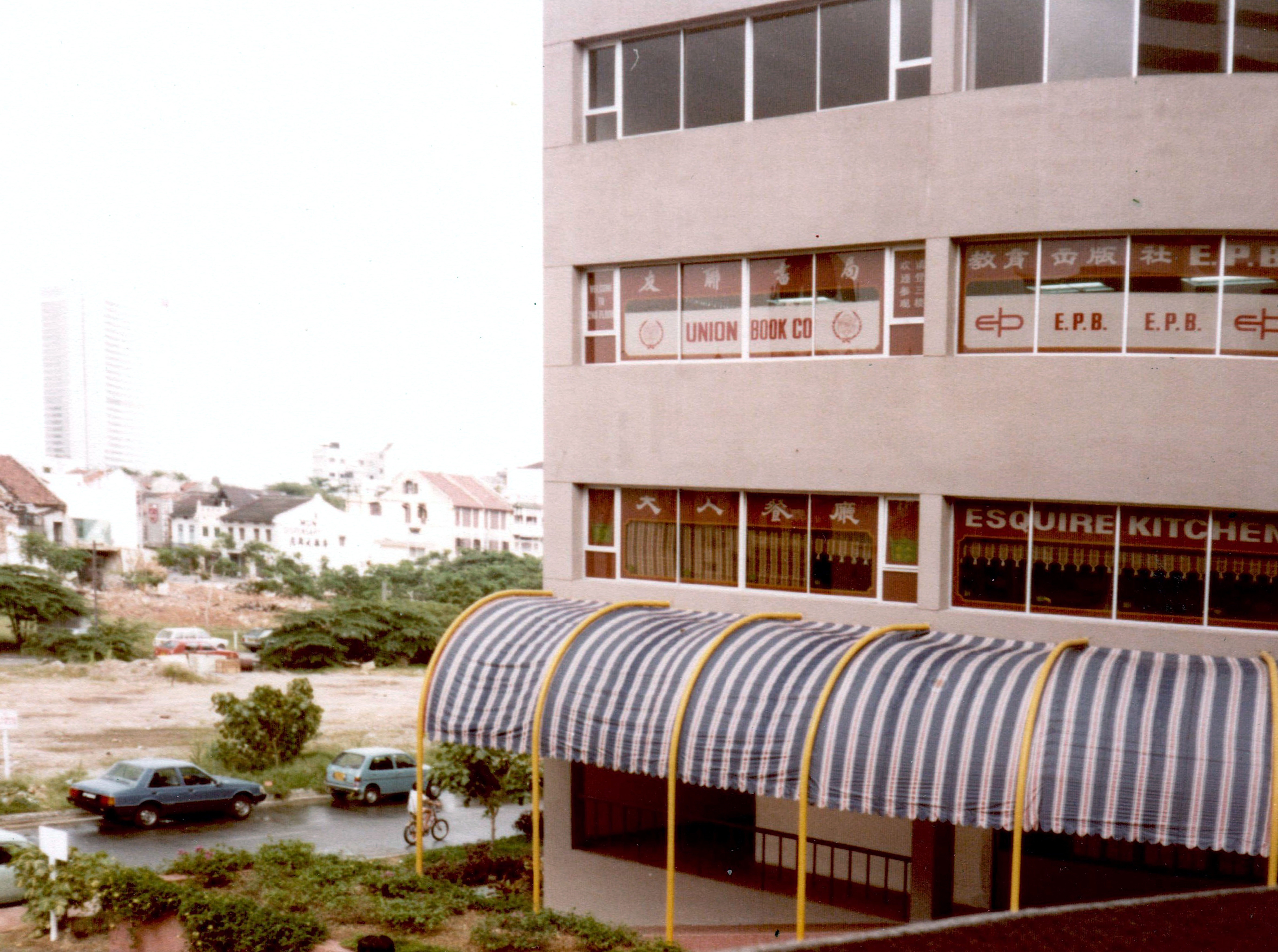 Union Book moved to the third floor of Bras Basah Complex in 1981. Daren Restaurant (大人餐厅) is located one floor down. Courtesy of Union Book.

By the time the bookstore moved to Bras Basah Complex, Nanyang University had been merged with the University of Singapore and the Chinese bookstore scene had begun to become less vibrant. However, there were still many teachers and parents who frequented the store on weekends. Singaporean writer Yeng Pway Ngon (英培安) was one of the regulars at Union Book. (On a side note, Yeng met his future wife, Goh Beng Choo, at a Union Book event.)

Interestingly, Union Book also ran a bookstore in CHIJ St Nicholas Girls’ School from 1968 to 2003. Union Book veteran Cai Mingying was in charge of the campus store throughout this time, making her a part of the St Nicholas family.

Ma said she did not fully understand the historical significance of Union Book in Singapore until the commemorative book was published. However, she did not feel oppressed by the past. “History is history. It should not carry too much baggage. I believe that the Chinese community in Singapore is bogged down with too much historical burden which, in my opinion, is not necessary. Why weigh ourselves down this way?” Ma said she is focused on ensuring that Union Book remains relevant so that the store can look forward to its 100th year anniversary.

This is an edited and translated version of 走过70年 本地友联另类且低调, written by Chen Yuxin (陈宇昕) and published in Lianhe Zaobao (联合早报) on 13 June 2022.
Source: Lianhe Zaobao © SPH Media Limited. Permission required for reproduction.