Theemithi: A Look at the Full Cycle of Rituals Behind the Festival of Firewalking

Loke Wan Tho was a renaissance man, says his niece, Choo Meileen, chairwoman of Cathay Organisation.1

Loke Wan Tho (1915–64) had wide interests; he was a film magnate, a supporter of local sports, a photographer and an ornithologist.

The Mace of the City of Singapore

A prominent Chinese businessman, Loke presented the mace, an ancient symbol of constitutional authority, to the City Council on 31 March 1954. The occasion marked Singapore’s status as a city, which was granted by King George VI in 1951 through a Royal Charter.2 Loke Wan Tho speaking before presentation of the mace to the City Council at City Hall, 31 March 1954. In the background, Goh Sin Zee (wearing white gloves) held the mace. Ministry of Information and the Arts Collection, courtesy of National Archives of Singapore, media image no. 19980000899-0025.

On the significance of the mace, Loke said:3

This mace is a signpost in our recorded history, pointing I hope, to a greater and nobler Singapore.

The knob of the four-foot, gold mace has the city’s crest and figures of a Chinese, a Malay, an Indian and a European symbolising the city’s multi-ethnic population.4 The $15,000 Mace was made by Messrs Hamilton & Inches, Goldsmiths of Edinburgh. Loke was one of the committee members (including university professors and Raffles Museum staff) who suggested the design motifs. National Museum of Singapore, accession no. 2003-00230-001.

A Pioneer in Local Film Production

In 1953, Loke Wan Tho set up Cathay-Keris with Ho Ah Loke, expanding the Cathay film distribution business into film production. Cathay-Keris was Singapore’s second film studio and was a competitor to Shaw’s Malay Film Productions. These were the only two film studios in Singapore for the next 20 years, a period known as the golden age of the studios.5 Cathay-Keris focused on Malay films, as Malaya had a fast-expanding film market. In 1951, the Cathay’s International Associated Theatres generated twice as much revenue from Malaya compared to Singapore.6 The logo of Cathay-Keris featured the Malay traditional dagger, a symbol of the Malay world. Image copyright Cathay Organisation.

To learn about moviemaking, Loke visited film studios in India in 1957 and invited Hollywood actors to coach Cathay-Keris’s new actors. At that time, Malay cinema was influenced by Indian culture, as the two film studios hired Indian directors, who were better at making Malay films than their Chinese counterparts.7 Loke (second from right) on the set of the mythological movie Jai Bajrangat at Basant Pictures in India. Image reproduced from Lim Kay Tong, Cathay: 55 Years of Cinema (Singapore:Landmark Books, 1991), 117.

The Malay movies then were generally based on folk tales and legends. One of Cathay-Keris’s box office blockbuster was Hang Jebat (1961), directed by Hussian Haniff. The movie was noted for its cinematic qualities and revisionist approach to Malay classical history, portraying Hang Jebat as the hero rather than the villain.8 A scene of Hang Tuah (left) and Hang Jebat (right) fighting, each holding a keris. In the film, Hang Jebat seeks revenge for Hang Tuah, who is exiled by the Sultan. National Museum of Singapore, accession number 2005-01048.

For his contributions to the film industry in Malaya, Loke received the dato title from the Sultan of Kelantan in 1962. Cathay closed its film production arm in 1972, because of competition from television and the loss of the Indonesian market. By then Cathay-Keris had produced at least 100 movies, including the cult classic Pontianak film (1957) and the three subsequent Pontianak movies. 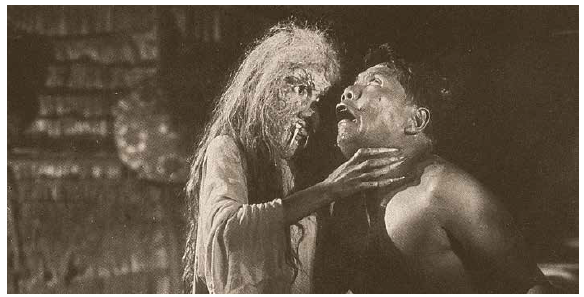 Directed by B. Narayan Rao, the Pontianak film starred Maria Menado as the pontianak, a female vampire from Malay mythology. Following the success of the film, Cathay-Keris followed up with three sequels: Dandam Pontianak (1957), Sumpah Pontianak (1958) and Pontianak Gua Musang (1964). Singapore Art Museum accession no. 1995-03397.

A Supporter of Local Sports

As the chairman of the Sports Centre Fund appeal committee, Loke helped to accelerate plans to build Singapore’s youth sports centre and donated $25,000 to it. The centre opened in the old Kallang airport in January 1956.9 Loke also hired Wong Peng Soon, Malaya’s top badminton player, as a coach at the centre, and funded his salary for three years. 10 Loke speaking at the opening of the centre in old Kallang airport, January 1956. The centre would provide training in swimming, boxing, basketball, athletics, etc. Ministry of Information and the Arts Collection, courtesy of National Archives of Singapore, media image no. 19980001290-0018.

Loke took birding expeditions in India and New Guinea with famous Indian ornithologist Salim Ali. According to Salim Ali, Loke was always cheerful and had never once complained on their field trips, even in cowsheds, in rough living conditions, or of his dysentery.11

Loke’s diary on the expeditions reveals his passion for ornithology:12

The scene of immense activity is thrilling to look at, and to hear. When the White Ibis and the Little Egrets are back in the Heronry at evening time, it looks as if a snowstorm is blowing about the tree tops.

White Ibis and Little Egrets, taken by Loke Wan Tho in India. Images reproduced from Loke Wan Tho, Loke Wan Tho's Birds with Extracts from His Diaries and from A Company of Birds (Mumbai: Bombay Natural History Society, 2008), 140, 144.

Besides birds, Loke also took photographs of Angkor temples, which were published in former governor Malcolm MacDonald’s book Angkor. Cambodian premier Prince Norodom Sihanouk honoured Loke with the title of Officer of the Royal Order of Cambodia in 1959, for his photography of Angkor sites.13

Angkor Wat seen through the main entrance; gateway into Angkor Thom. Images reproduced from Malcolm MacDonald, Angkor, with One Hundred and Twelve Photographs by Loke Wan Tho and the Author (London: Jonathan Cape, 1958), plates 54, 85.

While returning from a film festival in Taiwan, Loke and his wife Marvis Chew died in a plane crash on 20 June 1964. After his passing, his family donated $100,000 to establish the Loke Wan Tho Memorial Library at Jurong Bird Park to encourage research on birds. Opened on 4 February 1972, the library exhibits Loke’s collection of books and photographs on birds, and tape recordings of bird songs.14 The Loke Wan Tho Memorial Library is visited by foreign dignitaries, including Foreign Secretary of the Philippines General Carlos Romulo during his three-day official visit to Singapore in December 1973. Ministry of Information and the Arts Collection, courtesy of National Archives of Singapore, media image no. 19980002752-0047.

Loke Wan Tho, Loke Wan Tho’s Birds with Extracts from His Diaries and from A Company of Birds (Mumbai: Bombay Natural History Society, 2008). (From National Library, Singapore, call no. RSING 598.095 LOK)

Malcolm MacDonald, Angkor with One Hundred and Twelve Photographs by Loke Wan Tho and the Author (London: Jonathan Cape , 1958). (From National Library, Singapore, call no. RCLOS 959.6 MAC)