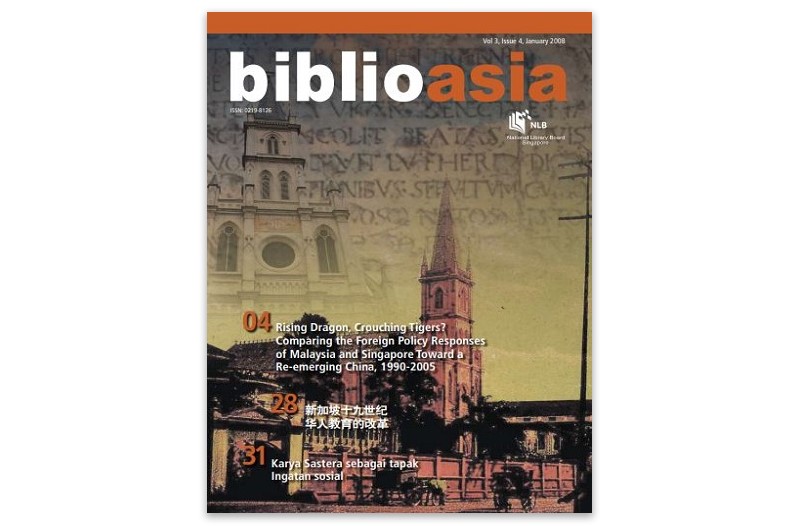 Rising Dragon, Crouching Tigers? Comparing the Foreign Policy Responses of Malaysia and Singapore Toward a Re-emerging China, 1990–2005
What do states do when faced with an increasingly stronger and/or potentially threatening big power? For decades, mainstream international relations theorists have offered two broad answers to this central question: states are likely to either balance against or bandwagon with that power.(PDF)

新加坡十九世纪华人教育的改革
Education reforms and the modernisation of education in Singapore and Malaya are often attributed to political changes in China during the early 20th century. Few remember the contributions of local intellectuals in spearheading education reforms before the 1900s. These reformers were multicultural both in their background and outlook. Two notable pioneers in this field are Chan Kim Boon and Khoo Seok Wan. (PDF)

Hikayat Abdullah
Published in 1849, the autobiography of Munshi Abdullah Abdul Kadir was written in Jawi between 1840 and 1843. The author was the interpreter and scribe of Stamford Raffles. This work serves as an important record of Singapore’s early history and the most accurate account of Raffles’ arrival.(PDF)

News
The “Kaalachakra” exhibition on early Indian influences in Southeast Asia; the memorandum of understanding signed between the National Library Board and Public Utilities Board; Singapore Library Week with the theme “Get inspired @ your library”; digital databases at the National Library; and the opening of the Donors Gallery. (PDF)