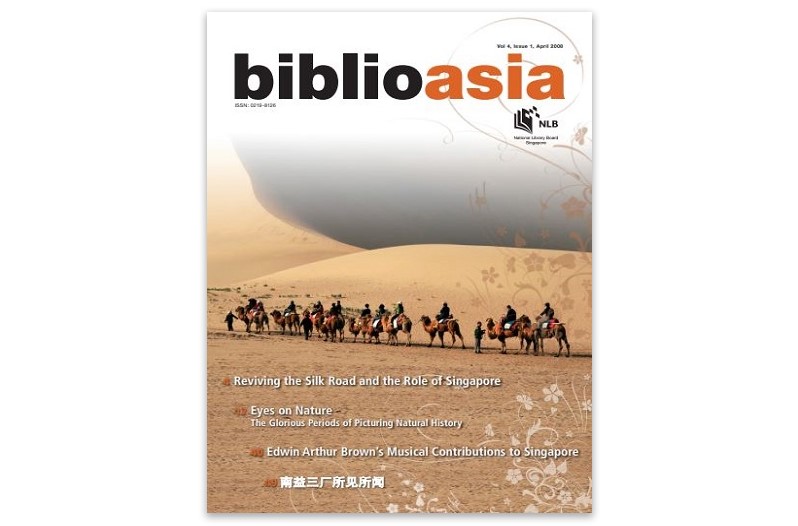 Conceiving Ethnic-dialectal Church Communities: A Mission Growth Strategy from 1888–1935
The French Roman Catholic Mission in Singapore found that church growth along ethnic lines was an effective strategy for indigenising and Asianising the local Catholic community in the pre-war years. Towards the turn of the century, the various dialectal communities within the Chinese Catholic Mission became sufficiently large enough to form separate parishes of their own. (PDF)

Eyes on Nature: The Glorious Periods of Picturing Natural History
The mere mention of the Malay Archipelago conjures up images of amazing rare things and nature’s paradise. During the 17th century, the term “natural history illustration” came into use as artists created images of plants and animals for documentation and study. Early Europeans who had studied the flora and fauna of the region include Stamford Raffles, William Farquhar, William Marsden and Alfred Russel Wallace. (PDF)

Conceptualizing the Chinese World: Jinan University, Lee Kong Chian, and the Nanyang Connection 1900–1942
Using Jinan University as a case study, this essay looks at the under-explored area of education to study Chinese migration and the overseas Chinese communities. The university is the first institution established in China (founded in 1906 in Nanjing) dedicated to the education of Nanyang Chinese migrants and their offspring.(PDF)

Excerpts from Hikayat Abdullah
Hikayat Abdullah (The Story of Abdullah) by Munshi Abdullah Abdul Kadir provides glimpses of life in early Singapore. Abdullah arrived in Singapore from Melaka about four months after Stamford Raffles established a trading post on the island in February 1819.(PDF)

南益三厂所见所闻
An account of the trip to Johor in November 2007 made by the author Wu Wah, a researcher on Chinese clan societies in Singapore and Malaysia, and three staff members from the National Library. The objective of the trip was to gather materials and insights into the enterprises set up by Lee Kong Chian for “The Legacy of Tan Kah Kee and Lee Kong Chian” exhibition.(PDF)

Launch of “French Corner” at the National Library
The “French Corner” located on Level 7 of the Lee Kong Chian Reference Library was launched on 28 March 2008. The collection includes classical French literary works as well as titles in philosophy, humanities and the social sciences. (PDF)

Digital A to Z Databases: B is for Bloom’s and Bloomberg. C is for Camio, China and Credo Reference
A highlight of some digital databases available at the National Library.(PDF)