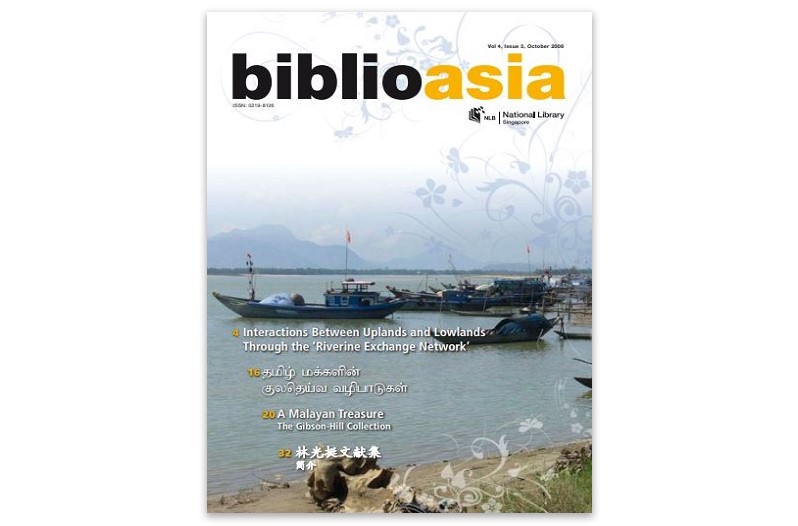 Interactions Between Uplands and Lowlands Through the ‘Riverine Exhange Network’: An Exploration of the Historical Cultural Landscape of Central Vietnam
Examines the history of the riverine-based upland-lowland exchange network in the Thu Bon river basin of Quang Nam province in central Vietnam. Rivers and roads brought people from diverse geographical areas and ethnicities together to forge the economic and political foundations of Central Vietnam. (PDF)

Icon of Justice: Highlights of the Life of David Saul Marshall (1908–1995)
David Marshall became Singapore’s first chief minister in April 1955. He resigned in June 1956, just after 14 months in office, when he failed to obtain self-government for Singapore. In 1978, Marshall was appointed Singapore’s first Ambassador to France, and subsequently to Spain, Portugal and Switzerland. (PDF)

தமிழ் மக்களின் குலதெய்வ வழிபாடுகள்
The concept of “kula deivam” is central to theistic Hinduism. Many Indian households recognise a particular deity as a family or clan deity. This deity protects the home and its members. An ancestor may be deified after several generations, thus assuming the status of a “kula deivam”. (PDF)

A Malayan Treasure: The Gibson-Hill Collection
Dr Carl Alexander Gibson-Hill was the last expatriate director of the Raffles Museum. He was also at one point president of the Malayan Branch of the Royal Asiatic Society. On 18 June 1965, Mrs Loke Yew, the mother of Loke Wan Tho who had established Cathay Organisation, donated the Gibson-Hill Collection to the National Library on Loke’s behalf, almost a year after his death from a plane crash. (PDF)

林光挺文献集简介
Lim Kong Thing was a successful businessman and a renowned community leader in Kuala Pilah, Negri Sembilan, He was a strong supporter of the Tongmenghui (led by Dr Sun Yat Sen) and served as advisor to the Committee of Overseas Chinese Affairs. When Lim died in 1940, he left behind some 800 pages of documents comprising eulogies, elegies, correspondence, photographs, notices and other ephemeral materials. His youngest son, Lin Qiong, donated the items to the National Library in 2007. (PDF)

Standing the Test of Time
Visitors to the Heritage Road Show on 2 August 2008 were treated to still shots of kampong life back then in Upper Serangoon, old documents like library cards and certificates, and artefacts such as game pieces from yesteryear. The National Library also launched two online initiatives: the Virtual Donors Gallery and Flickr SNAP. (PDF)

Standing of Memorandum of Understanding Between National Library Board and Ustaz Ahmad Sonhadji Mohamad
The memorandum of understanding aimed to formalise the acquisition of Ustaz Ahmad Sonhadji’s collections through a donation to the National Library Board. The collections comprise more than 1,000 publications and more than 500 manuscripts. The manuscripts include notes of his sermons and interpretation of the Qur’an for which he is most respected for in Southeast Asia. (PDF)