Through His Eyes: Remembering Old Singapore Through the Poems of Edwin Thumboo

Giving Your Past a Present: The Gift of Remembering

In the Family: Family History Resources in the National Library

In this digital age, the love for print magazines still thrives as a reading format to delight readers who browse, borrow, or even buy copies of their own. Magazines appeal to readers through visuals and text, offering many hours of reading pleasure. 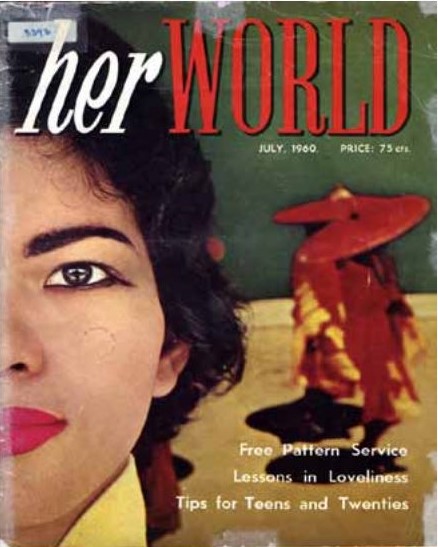 The iremembermagazines exhibition is a celebration of magazines, taking older Singaporeans down memory lane as they revisit the magazines they used to enjoy. The exhibits also offer younger Singaporeans fascinating and surprising glimpses of what life was like in days gone by.

Drawing from the National Library Legal Deposit collection, this exhibition presents the extensive variety of magazines that were published in Singapore since the 1950s, ref lecting the kaleidoscope of interests, passions, cultures, hobbies and artistic endeavours of Singaporeans through the decades. These magazines highlight too, the richness and diversity of Singapore’s social and cultural history, and the multicultural and multilingual heritage of her people. The exhibits also show how magazines have evolved over the years, vividly capturing the energy and spirit of their times.

iremembermagazines is a thematic series of exhibitions on Singapore magazines. It was launched with the theme of “The First Issue”, which showcases the very first issues of magazines that were published in Singapore. Some of these magazines – such as Her World and Female - have impressively stood the test of time and are still enjoyed by Singaporeans today, while others have ceased publication, changed publisher or title.

Her World, Singapore’s pioneer magazine for women, was launched in July of 1960, and continues to reign as one of the most popular and recognised magazines in Singapore today. The inaugural issue on display carries features like “Family planning in Singapore” and “What my country means to me”. From Burmese shampoo rituals, suggestions on how to dress right for campus, fiction short stories, recipes, tips on home décor to instructions on petcare, there was something for every woman – including mothers and teenage girls.

Female is another magazine that is still loved and enjoyed by women in Singapore today. The very colourful first issue contains interesting features on health, the vibrant styles of the 1970s, a beautiful home in Frankel Estate, and articles on motherhood and issues of working women.

The perennial interest in health is reflected way back in 1956 in the first issue of the Chinese magazine 健康生活 (Sound Health), which provides information on healthy living, and highlights local and international health concerns, with a focus on traditional Chinese medicine. 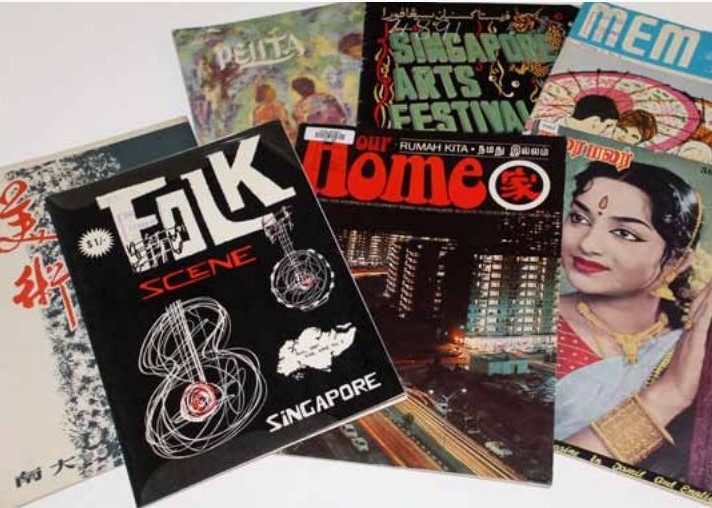 Magazines have come a long way from these early issues published in Singapore. All rights reserved. National Library Board, 2012.

Published in 1959, Malay magazine Pelita was a platform for literary and artistic expression in Malaya, and features interesting articles on local artists and their paintings.

திைரமலர் (Thiraimalar), first published in 1961, was a Tamil magazine that covers film news, movie reviews and write-ups on film personalities.

Subsequent displays will highlight other themes such as beauty, style & fashion, popular culture, leisure & living, and the arts.

The magazines on display in the four official languages are truly gems of Singapore’s heritage, carefully preserved over the years. Do take this rare opportunity to view and enjoy this exhibition. Readers who have fond recollections of their favourite magazines can also contribute their memories to the Singapore Memory Portal at http://www.singaporememory.sg.

Legal Depositis a national library function practised in many countries to preserve a nation’s published heritage for posterity. This statutory obligation is currently mandated under the National Library Board Act – Chapter 197 No. 5 of 1995 at Part II, Section 10. It requires all publishers (individuals and organisations, commercial and non-commercial) to deposit two copies of publications that are produced and released in Singapore for sale or public distribution. Through Legal Deposit, Singapore-published materials in all formats are collected from the past, present to the future. More information is available at https://www.nlb.gov.sg/depositapp/.

The iremembermagazines: our love affair with magazines exhibition is generously sponsored by Singapore Press Holdings (SPH), and was launched on 10 September 2012 at the Central Public Library. Copyright to the magazine covers is owned by the respective publishing companies.

Barbara Quek is a Senior Librarian from the National Library Heritage Division. She worked in the SAFTI Military Institute Library from 1995 to 2006. Prior to that, she was an assistant editor for Pointer journal, editor for Pioneer magazine in the Ministry of Defence. She co-authored the research paper “The value of print literacy in the education of young children in Singapore” which was published in The international journal of the book, Volume 1 (2003).