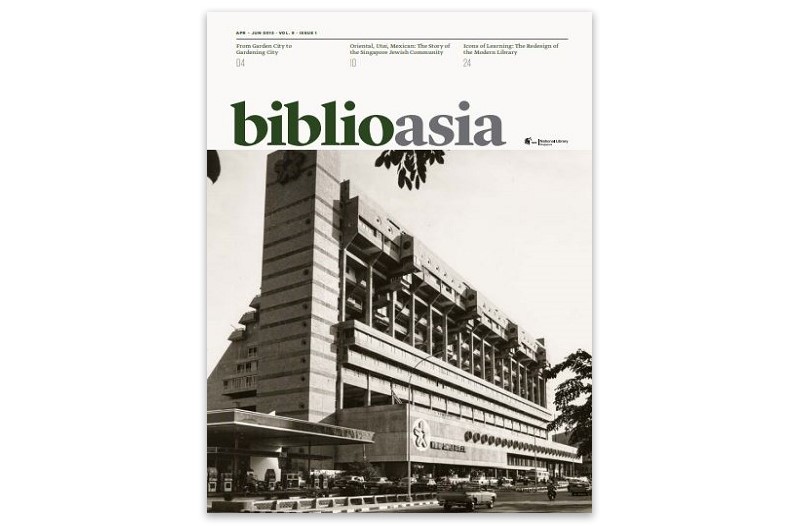 From Garden City to Gardening City
What started five decades ago as a government-led project to build Singapore into a clean and green city, has today become a dialogue between the state and its citizens.(PDF)

Oriental, Utai, Mexican: The Story of the Singapore Jewish Community
Inscribed in the urban landscape of Singapore, through buildings such as David Elias Building and the Abdullah Shooker Welfare Home, is the story of an oft-overlooked group in Singapore’s history: the Jewish community.(PDF)

The Invention of a Tradition: Indo-Saracenic Domes on Mosques in Singapore
The typically onion-shaped Indo-Saracenic domes that crown the city’s mosques are a late 1920s introduction to the Singapore’s architectural landscape(PDF)

Icons of Learning: The Redesign of the Modern Library
Many have considered the digital age and technological innovation as the death knell of libraries. Instead of going quietly into the night, libraries have adapted and evolved to meet the needs of their users. Libraries are more than just repositories of information, they are now places of innovation and inspiration.(PDF)

An introduction to Design, Aesthetics and Ethics of the Built Environment
The built environment is a space that reflects the dialogue among private, public and political spheres. Design impacts our lives everyday and good design can transform a mere place to one imbued with life and meaning.(PDF)

Writing to Print: The Shifting Roles of Malay Scribes in the 19th Century
The practice of copying and re-copying Malay manuscripts can be viewed as a simultaneous act of reading and writing in which the Malay scribe actively interprets and reinterprets the text as he copies. The Malay scribe, therefore, makes the text copies accessible to his intended reader. (PDF)