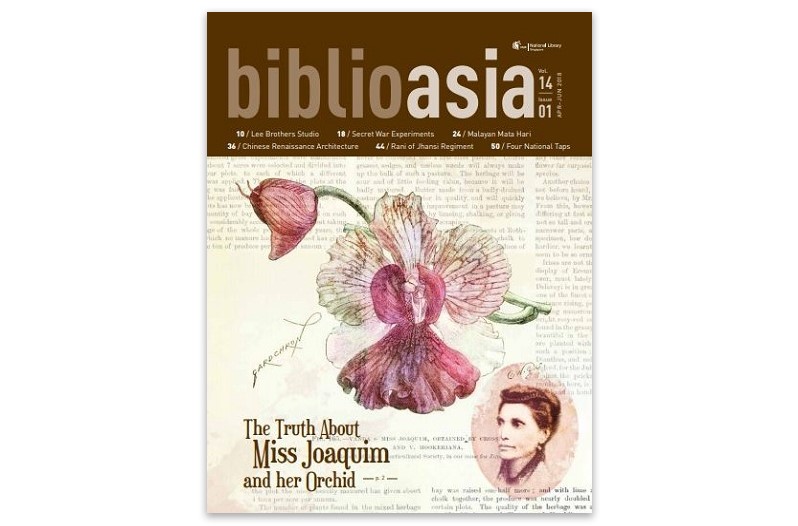 The proliferation of fake news isn’t a recent phenomenon. Fictitious accounts of how Agnes Joaquim stumbled upon her namesake orchid in her garden began circulating several decades after she was credited for creating the hybrid by crossing two orchid species. Writers Nadia Wright, Linda Locke and Harold Johnson separate fact from fiction in their search for the truth.

Similarly, not enough people know that Singapore was a base for nefarious experiments in biological warfare during the Japanese Occupation. Between 1942 and 1945, a laboratory was set up to breed bubonic plague-infected fleas and other deadly pathogens for use as biological weapons. Cheong Suk-Wai finds out more from Singaporean war history researcher Lim Shao Bin.

Covert operations is also the subject of Ronnie Tan’s essay, as he recounts the fascinating story of Lee Meng, a Malayan Communist Party agent who headed its network of secret couriers during the Emergency and the elaborate efforts hatched to trap her. Against this same backdrop of anti-British sentiment, Meira Chand pays tribute to the Rani of Jhansi Regiment. These intrepid women soldiers were recruited by Indian freedom fighter Subhas Chandra Bose during the Japanese Occupation in Singapore to fight for independence in the motherland.

Singapore’s quest for water began when Stamford Raffles ordered his troops to dig a well when he landed in Singapore on 29 January 1819. Just a day earlier, his fleet of ships had docked at St John’s Island. Lim Tin Seng tells us how far the nation has come in its quest for water, while Marcus Ng documents the history of St John’s Island – a corruption of its early Malay name, Pulau Sekijang, or “barking deer island’. At various times St John’s has been used as a quarantine, opium treatment and detention centre, and, today, as a recreational spot.

Chinese Renaissance architecture originated in China in the 1900s and later sank its roots in Taiwan, Hong Kong and Singapore. Julian Davison charts the history of this architectural style and provides shining examples of Chinese Renaissance buildings in Singapore. Still on the subject of Chinese heritage, Chua Chee Lay provides valuable lessons gleaned from the teaching of Classical and Modern Chinese in China and Taiwan.

One of the statutory functions of the National Library is Legal Deposit, which mandates that two copies of every work published in Singapore must be deposited with the library. Barbara Quek showcases a selection of first issues of magazines and journals from the Legal Deposit Collection – many of which have ceased publication.

Finally, Lu Wenshi interviews Eric Khoo and finds out what inspired his latest film, Ramen Teh – scenes of which were shot at the Former Ford Factory in Bukit Timah.

We hope you enjoy reading this edition of BiblioAsia.