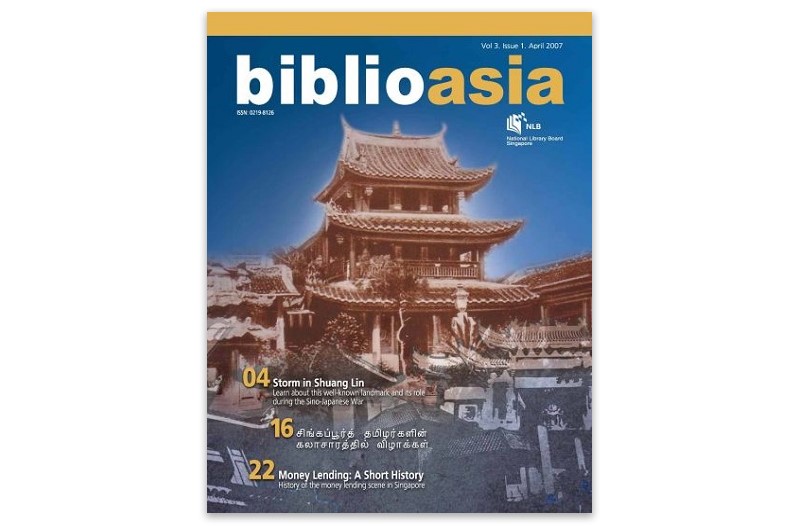 Storm in Shuang Lin
Shuang Lin Monastery was once used as a training ground for people who volunteered their services at the Burma Road, which served as a supply route during the Sino-Japanese War in the 1930s. The monastery had a great impact on the lives of two men: Wu Hui Min, volunteer for the war effort, and Venerable Pu Liang, the abbot of the monastery. (PDF)

Money-lending: A Short History
Singapore is today a well-developed financial centre with many banks and other financial institutions offering a suite of banking products and services. But it was a completely different scene during the colonial era. (PDF)

Digital Archiving: Storing for the Future
Tony MeSean, Director of Ubrary Relations of publishing giant Elsevier, shares his thoughts and experience on the future of digital archiving at an Executive Management Programme in February 2007.(PDF)

News
A conference on the future of libraries and librarians; a collaboration and networking session with the School of Communication & Information, Nanyang Technological University; “Aksara: The Passage of Malay Scripts” exhibition; and the memorandum of understanding signed between the National Library Board and the Asian Film Archive. (PDF)