In the 1950s and 1960s, Cathay-Keris and Shaw Brothers produced many films that became classics. In the cover story, find out how the Asian Film Archive managed to restore some of these films. 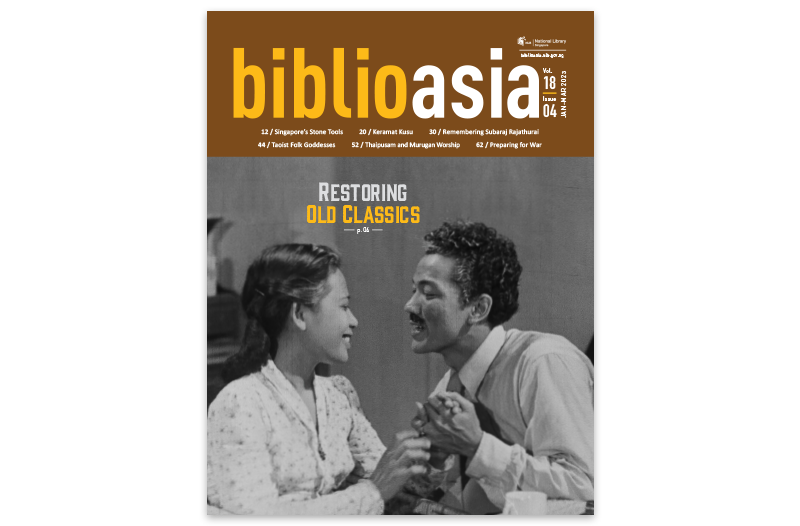 Singapore’s Stone Tools
Stone tools have been found in and around Singapore since the late 19th century. Foo Shu Tieng. (PDF)

The Origin Stories of Keramat Kusu
Pilgrimages to the keramat on Kusu Island began in the 1840s, though stories about the people associated with the shrines have changed over time. William L. Gibson. (PDF)

The Divine Lance: Thaipusam and Murugan Worship in Singapore
The specific form of Murugan worship during Thaipusam has its roots in the story of Murugan meeting the primeval devotee Idumban. Nalina Gopal.(PDF)

In Their Own Voices: Preparing for War in Singapore
Before the fall of Singapore in 1942, people prepared for the imminent war by stockpiling food, building air raid shelters and volunteering in civil defence units. Christabel Khoo and Mark Wong. (PDF)