Charlie Chaplin’s stopovers in Singapore, what it means to be Eurasian and Chinese puppet theatre are some of the highlights of this issue. 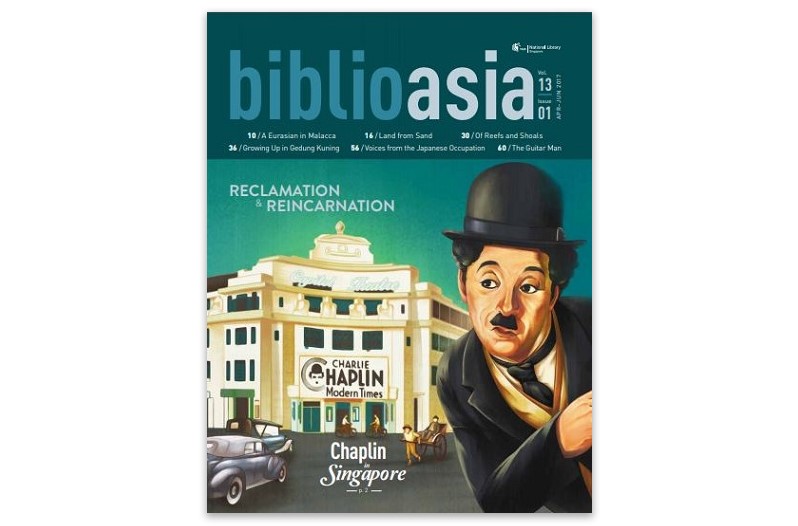 Chaplin in Singapore
One of history’s greatest comic actors, Charlie Chaplin, stops over in Singapore in 1932 and makes a return visit in 1936. Raphaël Millet traces these journeys. (PDF)

Meeting with the Sea
Melissa De Silva mulls over what it is to be Eurasian in this evocative short story that takes her back to the Portuguese Settlement in Malacca. (PDF)

Land from Sand: Singapore’s Reclamation Story
Thanks to land reclamation, the tiny red dot has broadened its shores substantially. Lim Tin Seng discovers just how much Singapore has grown since colonial times. (PDF)

Chinese Puppet Theatre: Rekindling a Glorious Past
Chinese puppetry is a tradition that is slowly losing ground in Singapore. Caroline Chia tells us why this art form should be preserved. (PDF)

Through Time and Tide: A Survey of Singapore’s Reef
The reefs that fringed Singapore’s coastline and islands have served for centuries as maritime markers, fishing grounds and even homes for island communities. Marcus Ng rediscovers the stories that lurk beneath the waves. (PDF)

Gedung Kuning: Memories of a Malay Childhood
Gedung Kuning, or the “Yellow Mansion”, was once the home of Tengku Mahmud, a Malay prince. Hidayah Amin shares anecdotes from her childhood years growing up in the house. (PDF)

Mangroves: A Tale of Survival
Mangroves are an integral part of the marine ecosystem. Ang Seow Leng explains why these hardy and resilient plants are vital for the survival of humankind. (PDF)

寻找“南洋”
Chinese authors in 1920s Singapore were faced with the call to produce works with a distinctive “Nanyang flavour”. Goh Yu Mei explains how these early writers defined this new genre of literature. (PDF)

The Guitar Man: Alex Abisheganaden
Hailed as the “Father of the Guitar”, this pioneer musician has spent the last 50 years championing the classical guitar movement in Singapore. Joy Loh charts his illustrious career. (PDF)